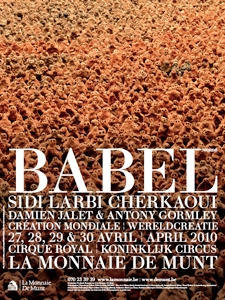 Just got back home from the Cirque Royal theatre in Brussels where I discovered Belgian choreographer Sidi Larbi Cherkaoui's new creation, Babel. I was invited by Herm