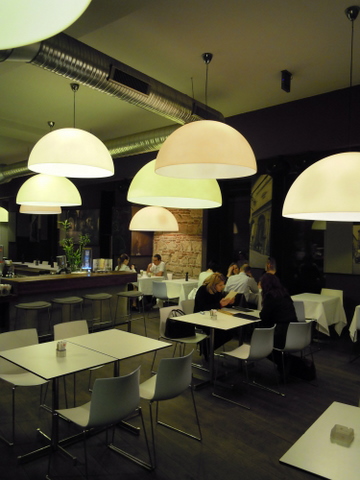 Dear Shaded Viewers,
Just got back from a lovely evening at the Baracca restaurant in Cluj where we all had delicious food. Diane and Andreea were both there to meet me when I arrived at the airport, which instantly made me feel at home. The history of Cluj is fascinating and the city has been under the influence of so many different cultures and political regimes, making it a truly multicultural and open place. Andreea and I discussed this tonight and she told me there may even be spots in the city subject to unusual magnetic energies. All very intriguing… Actually, come to think of it, I should be exhausted by now, but my mind is fired up with ideas. Maybe it's that Transylvanian air. 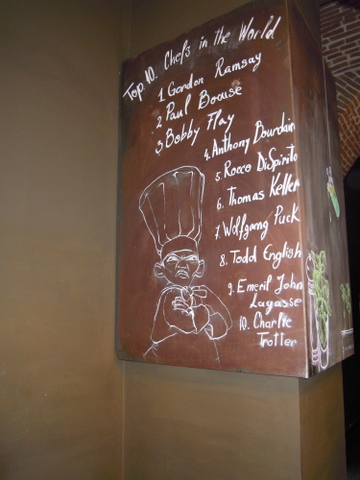 Ever wondered who the best chefs were? Here are the answers.
Diane ordered the famous tiramis