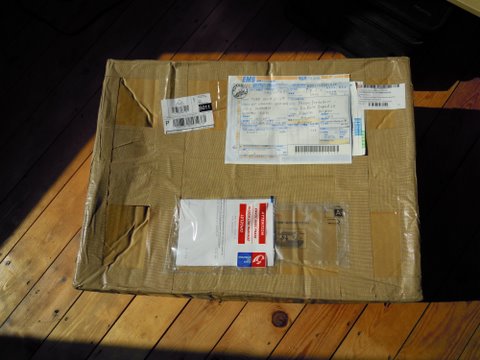 After a failed transfer, several visits to my bank and countless emails sent to lovely Hanae, my Julius shoes have finally arrived. Don't know if "shoes" is the correct term here, they're more like a crossover between a shoe and a sandal. I remember spotting them on the catwalk last June and falling in love. I've not even tried them on yet, I'm just too excited. Thank you Mister Horikawa! You've really made my day… 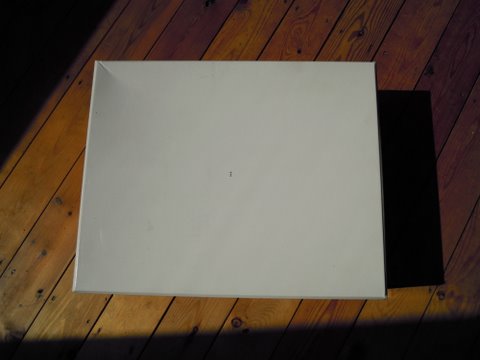 The box within the box 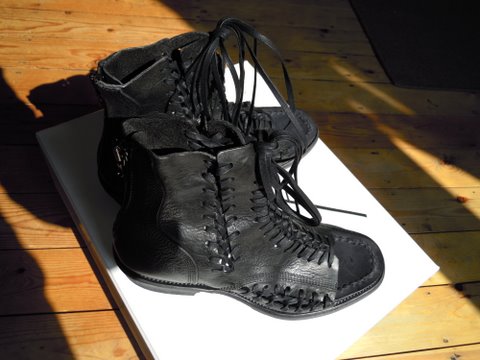 The back zip drives me nuts!