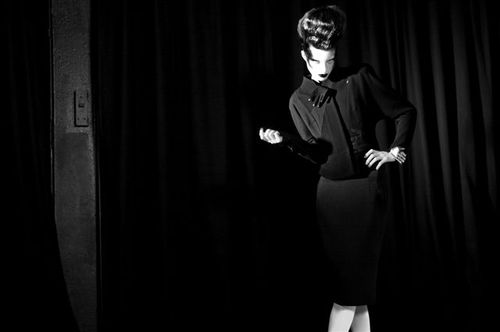 If Freud's Dark Continent came to life as a deserted fashion island, I think Helena Lumelsky would be one of the only survivors. The Antwerp-based, Sevastopol-born designer is crafting her own, unique voice with her label, Lena Lumelsky, which struck me on my last visit to the ra exhibition showroom in Paris. Her clothes are incredibly elegant and beautifully made, using gorgeous, luxurious fabrics and clever details that seem to convey a powerful sense of femininity. One of her dresses was chosen to be part of the Black exhibition in Antwerp and there is no doubt that she has a bright future ahead of her. We sat down in the ra caf