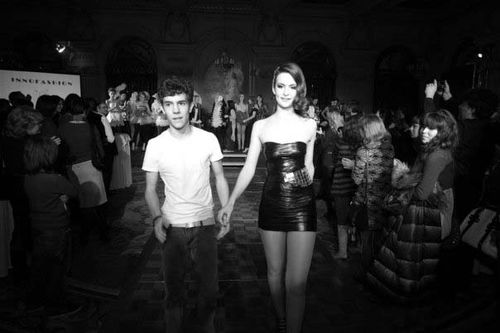 Matei Alexandru at the end of his Darlingtonia fashion show

The end of last year I went to Bucharest, I met a few 'Venusians'. 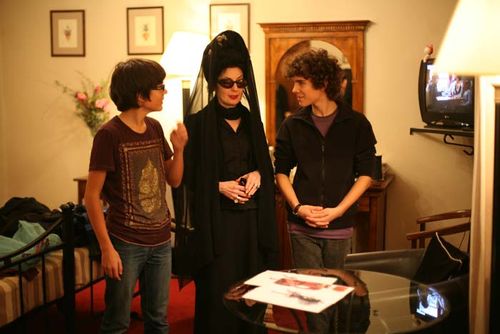 The Alexandru brothers and their first day as designers, they showed me their sketches for an Alice in Wonderland collection. 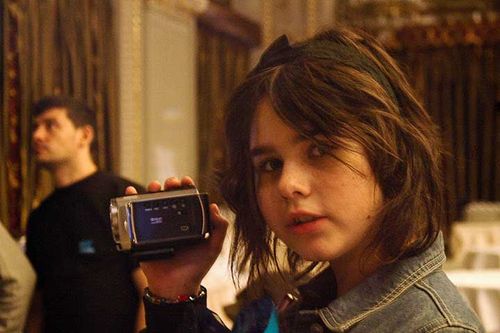 Catinca Untaru, actress making a film for INNOFASHION, she is also our youngest jury member for ASVOFF 3. I was touched to hear that Matei dedicated his collection to me.