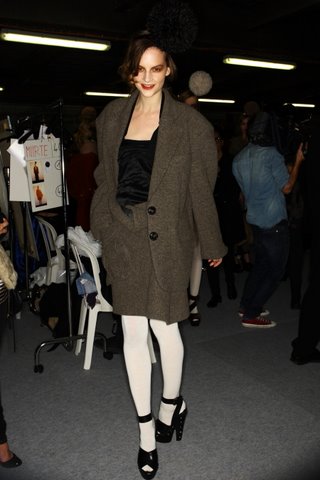 Sonia Rykiel's show embraced fashion's latest fixation with ease, masculinity and comfort. Sonia's suits and furs were pretty huge this season, but always worn with typical Parisian nonchalance. The knits were fabulous, too, including bright mohair ensembles and textured, oversized cardigans. Rykiel revisited her trompe l'oeil obsession on lightweight jerseys and knits. It was fun, flirty and tr