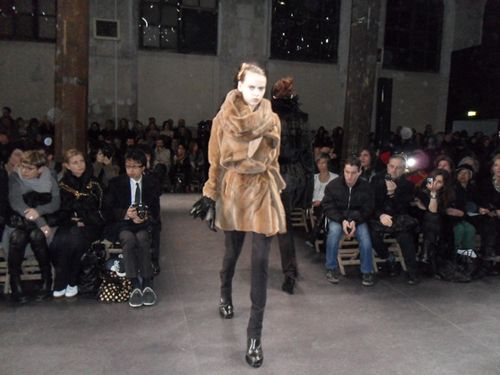 For her last women's collection, Ann Demeulemeester developed some of the ideas she had used in her previous menswear show. The fragile feathers and plush furs were there, as well as the tailored capes and crisp jackets. The silhouette was long and lean, with a clean and androgynous feel. I loved the braided necklaces and shiny leather boots complementing the looks. 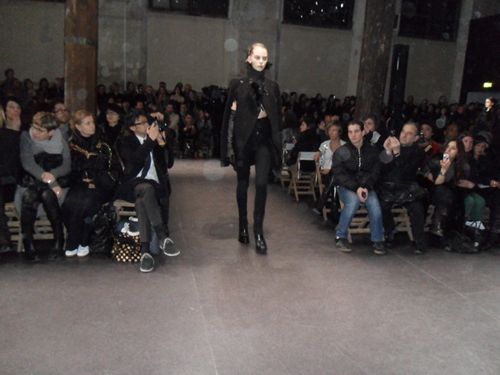 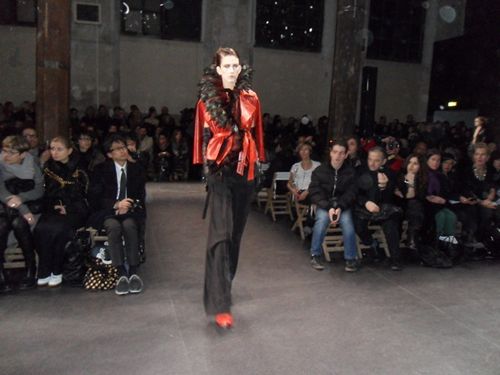 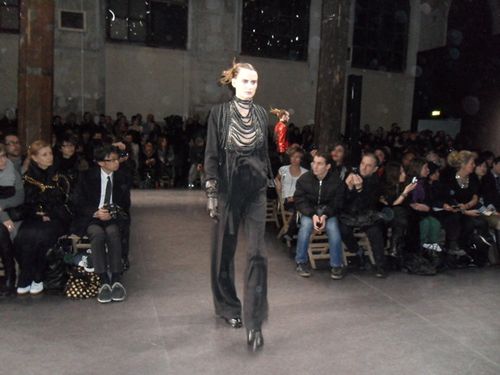