One of the key messages from NYFW so far is that it's time to get ready, smarten up and be tough. The harder vibe was also there at Doo.Ri, where the Korean-American designer focused on neat tailoring, body-con separates and flashes of colour to liven up that black and navy. Even the models' lips were darker this season. 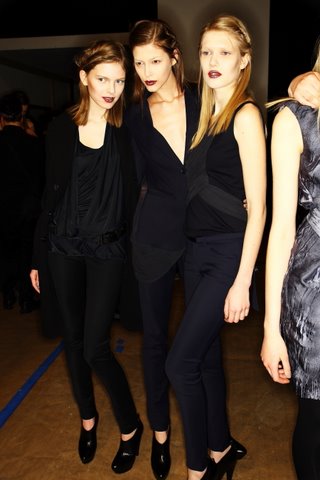 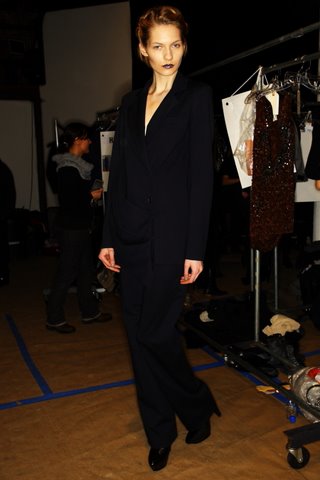 Love that masculine suit with the draping detail 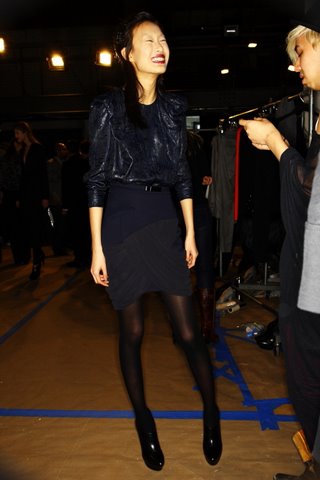 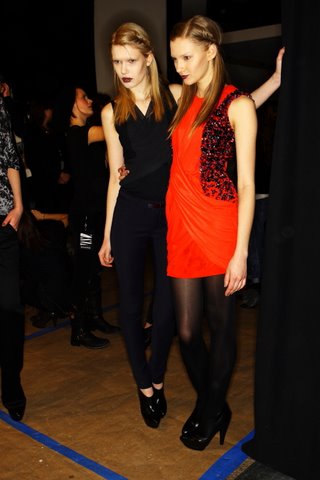 That vibrant orange was great 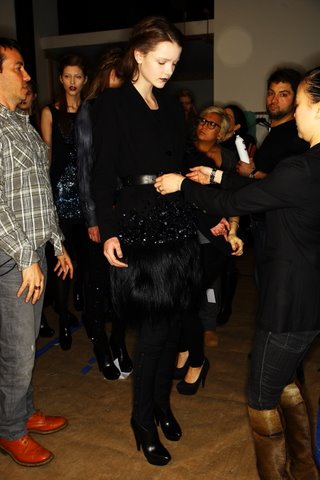 The designer, adjusting a belt on an embroidered, fur-trim coat 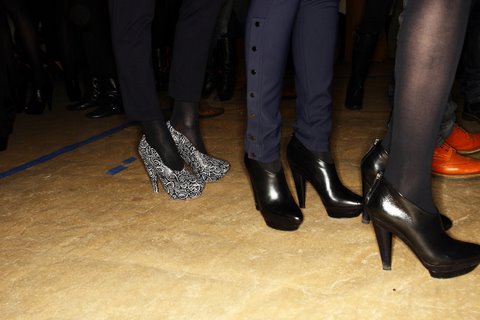 Kick-ass booties for the urban warrior