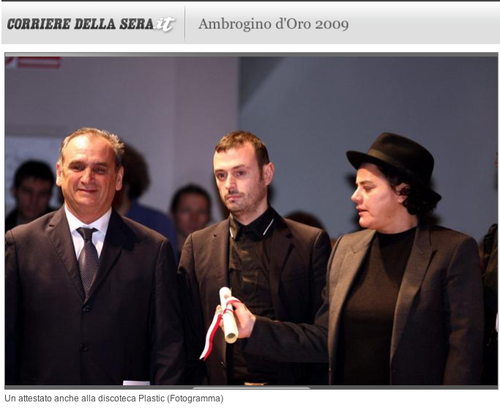 Years ago in the mid eighties I used to go to Plastic. My friend Beniamino Marini just sent me this clip stating that Milan's most important honor, the Ambrogino d'Oro (the golden little St. Ambroeus, patron of the city) this year goes to (among other recipients)  the historical club Plastic where everybody goes.THis brought back very pleasant memories of meeting Keith Haring on the street the first day that I arrived in Milan and my friend and I were asking him if there was some place cool we could go to. Keith was in town to do an art exhibition which he was painting on the spot. First he invited us to the gallery and then we all went to Plastic where  his boyfriend was the DJ.