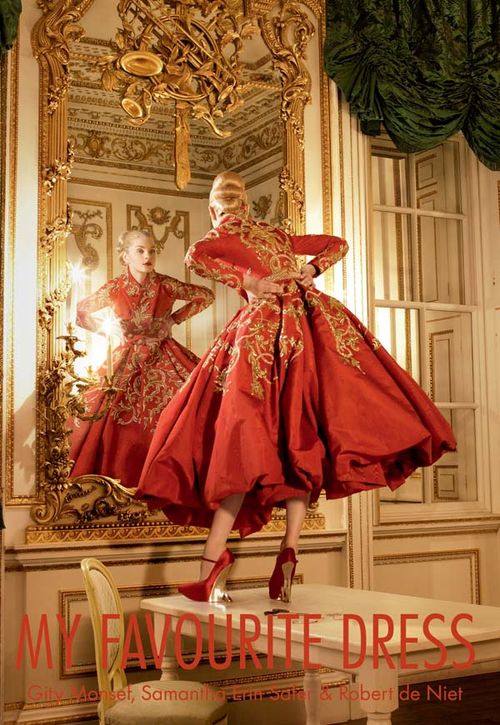 Over 70 influential and celebrated fashion designers and personalities  were asked to showcase – My Favourite Dress.  The texts include commentary on the emotional attachment that various people have with their favourite dress. The idea is to highlight the intimacy between the designer and the wearer of their garments. Some of the designers featured in the book are: Alexander McQueen, Barbara Hulanicki, Bernhard Willhelm, Calvin Klein, Christian Lacroix, Dolce & Gabbana, Dries Van Noten, Eley Kishimoto, Giles Deacon, Giorgio Armani, Isabel Toledo, Issey Miyake, John Galliano, Albert Ebaz, Marc Jacobs, Mary Quant, Naoki Takizawa, Paul Smith, Rick Owens, yours truly and the list goes on.