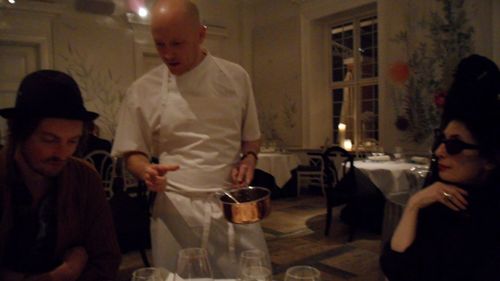 I don't need to tell you what a great host Henrik Vibskov is, no one could make you feel more welcome in his country. Last night before going to the gala opening of the biggest documentary film festival in Europe: CPH: DOX , Henrik Vibskov took me and Mette Julie to  dinner at Mielcke-Hurtigkarl. Between us is Jacob, one of the owners and an award winning world chef,  MHJ is out of a fairy tale. I forgot to photograph the first three courses but here are  a few. Henrik had asked J to prepare a veg meal for me, it was amazing. MH is closed from January to March as this is the time that they close for gastronomical research and inspirational traveling. 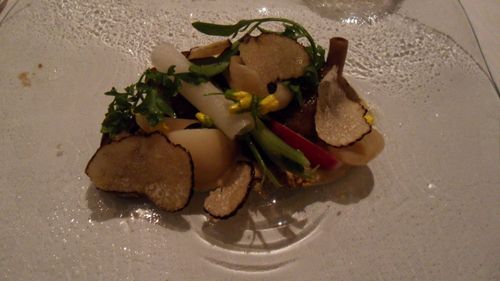 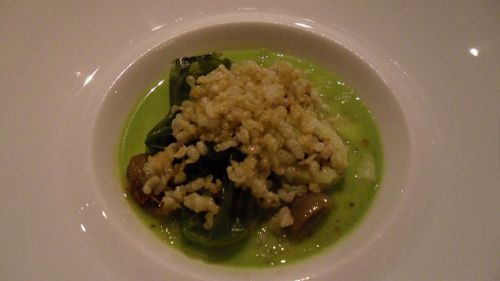 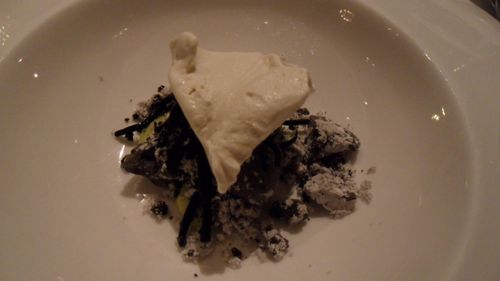 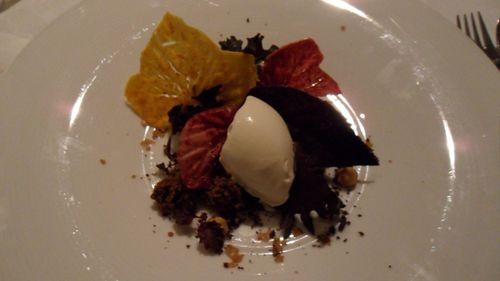 There was a different specially chosen wine for each of the more than 8 courses. We never finished a glass but I admit, for someone that almost never drinks, I did taste each of them.