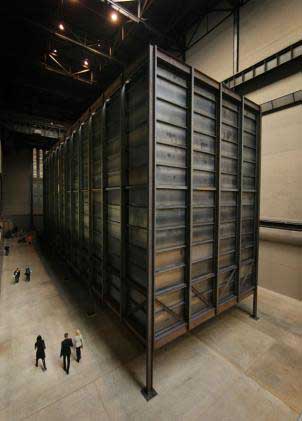 Galerie Nordenhake congratulates Miroslaw Balka on the commission for the prestigious Unilever Series for the Turbine Hall at Tate Modern.

THe installation How It Is consists of a giant steel structure encasing a cavernous unlit dark area in which visitors are invited to walk. Born in Poland in 1958, Balka lives and works in Warsaw and Otwock, his works explore themes of personal history and common experience, drawing on his Catholic upbringing and the fractured history of Poland.

In 1997 the city of Stockholm commissioned him the Memorial for the victims of the ferry Estonia. His first solo show in Europe was presented at Galerie Nordenhake in 1990.

The installation will be on view at Tate Modern until April 5, 2010