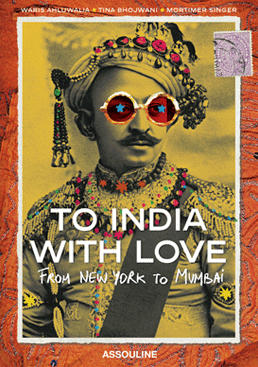 Three friends got together because they wanted to do something to raise funds, spirits and awareness for the victims of the attacks in Mumbai in November, 2008. Waris Ahluwalia, Tina Bhojwani & Mortimer Singer decided to create a scrapbook of images from people that love India. People asked to contribute to the book include Wes Anderson, Adrien Brody, Francesco Clemente, Natalie Portman, James Ivory, Matthew Williamson among others. Profits from the sales of the book will go to support families affected by the attacks.