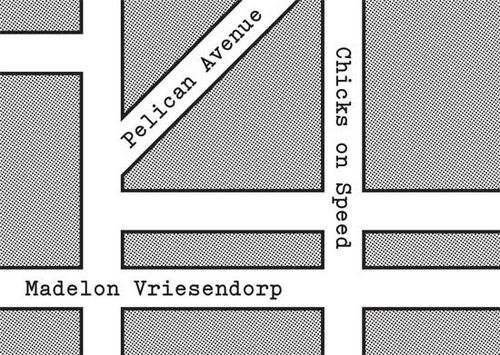 The group show Skyscraper takes its name from a novel written in the same year that the Empire State Building opened its doors. The novel is a romance tinged with feminist ambition and an homage to aspirational architecture-motifs that the artists here display a common regard for.

Chicks on Speed present two new hats, made in collaboration with designer Christopher Coppens and based on illuminated drawings of Hildegard von Bingen, a 12th-century Christian mystic who received visions, composed ethereal airs, performed healing and even founded convents. These hats transmit the utterances of their wearers by way of microphones and speakers: the contemporary beautified woman can amass her own power tools, or so it seems.