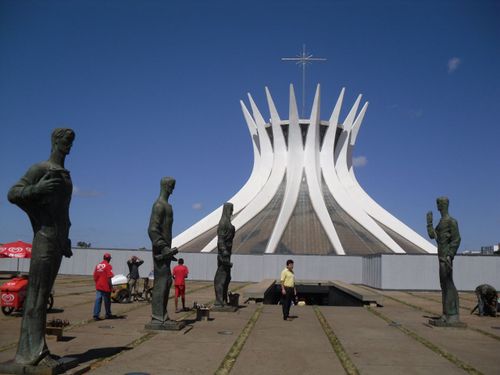 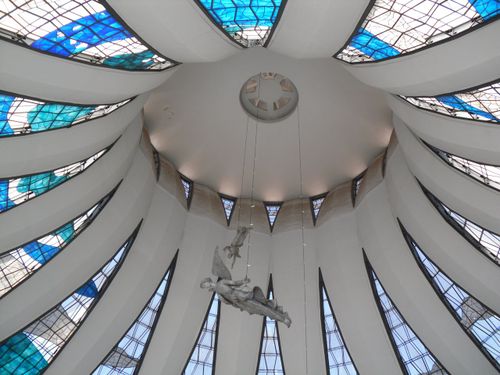 The Metropolitan Cathedral by Oscar Niemeyer . Seen from inside and outside. At the moment the cathedral is under construction. When the city was under military occupation most of the artists and intellectuals left. The hanging angels look a bit out of place here and in fact were  not part of Niemeyer's vision but something that was added after the cathedral was sold to the Catholic Church .