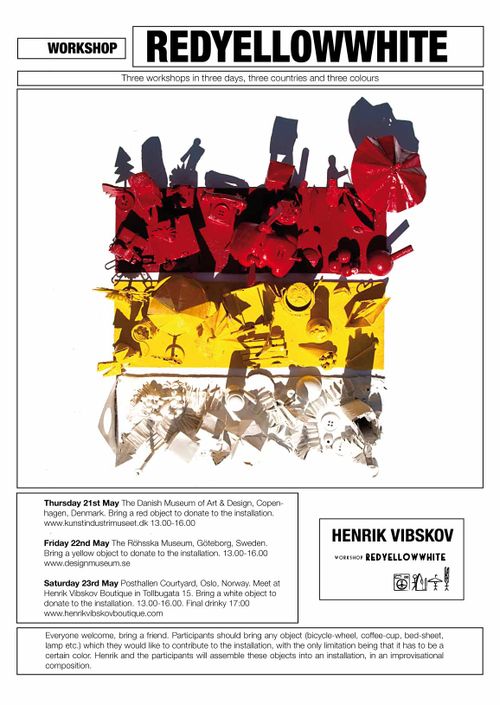 Three days, three cities, Henrik Vibskov takes his workshop/exhibition on the road (Copenhagen, Gothenburg and Oslo) starting tomorrow, Friday and Saturday. The way it works is three days, three countries and three different colors. Henrik's idea is to make 3 site-specific and audience-engaging installations on three consecutive days at Kunstindustrihuseet in Copenhagen tomorrow, The Rohsska Museum in Gothenburg on May 22 and at Posthallen in Oslo May 23rd.
The idea is that everyone is invited to bring any object they would like to contribute to the installation, the only limitation is that it has to be a specific color, Red at Kunstindustrimuseet, Yellow at Rohska Museum and White at Posthallen.
Henrik Vibskov and the participants will assemble these objects into an installation, in an improvisational composition.
Monday I'll have some exclusive pictures to show you. HV promises.
Later,
Diane