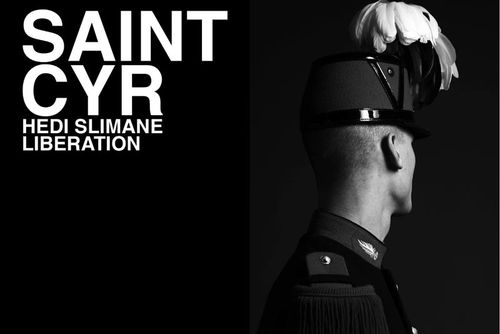 Dear Shaded Viewers,
Hedi Slimane always wanted to do a project on Saint Cyr, the foremost French military academy. It's motto, loosely translated: "They study to vanquish" or "training for victory". French students that enter the military school Saint Cyr, are about 21 years old and have already completed the equivalent of a bachelor's degree in military or civilian preparatory college of highest academic rank.
The Academy was founded by Napoleon Bonaparte near Paris in 1803. Napoleon's original motto: "They study to overcome/conquer/win" was changed by Louis XVIII to : "They study for the defence of the homeland." The Napoleonic version was used again from 1848 to 1870.
The French national newspaper, Liberation, has commissioned the first publication of the photographic essay on May 1st.
http://secretdefense.blogs.liberation.fr/defense/) – the blog of Jean-Dominique Merchet from Liberation and the most respected French writer on army matters wrote the preface.
Later,
Diane