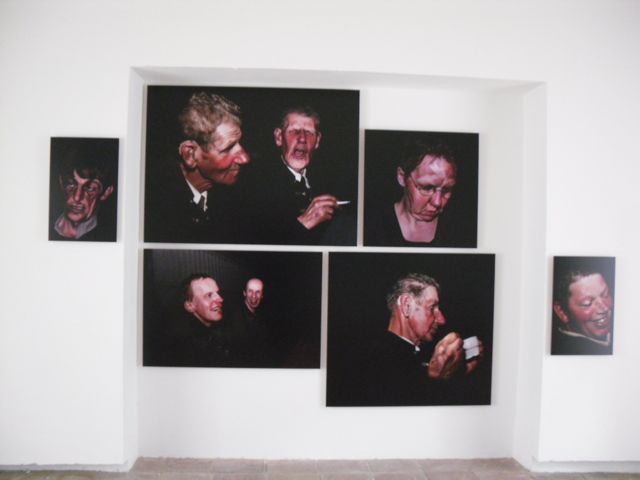 The work of Louise Te Poele makes you think of Egon Schiele and Lucian Freud. Her parents live in a farming village where there is a Catholic enclave in Protestant territory and the farmers had been encouraged by their priest to inter marry to guarantee the survival of their community. Traces of this practice over the generations can be seen here. She photographed them at a party isolating the faces from the noisy context of the fete. Using her palette she exaggerates the reds, and pushes her exploration of the geography of their faces to uncomfortable extremes.