A very few images from a stellar show by Rick Owens. More tomorrow once I see Sonny. 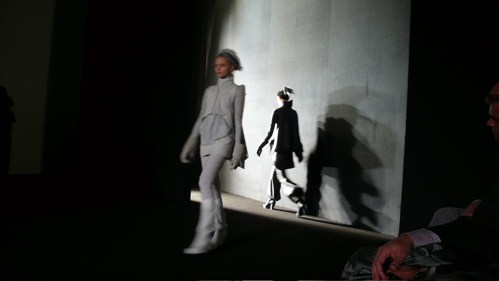 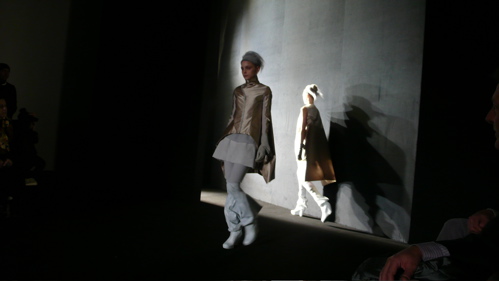 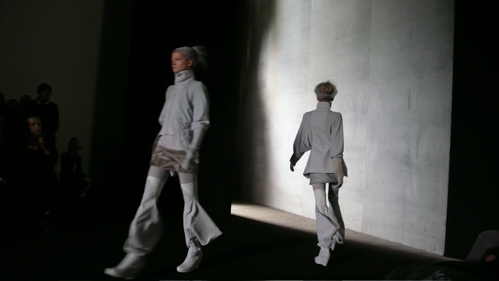 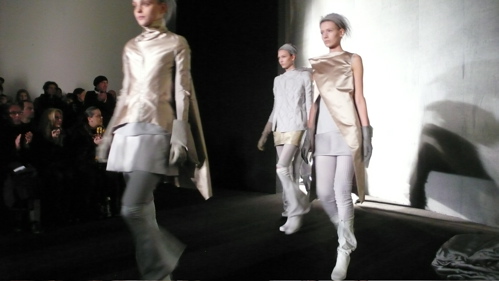 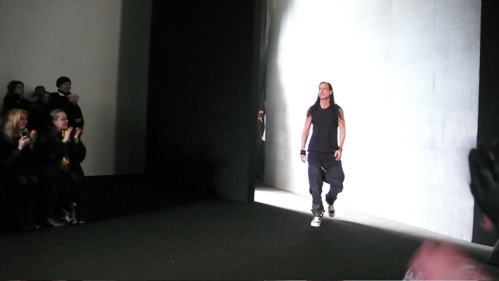 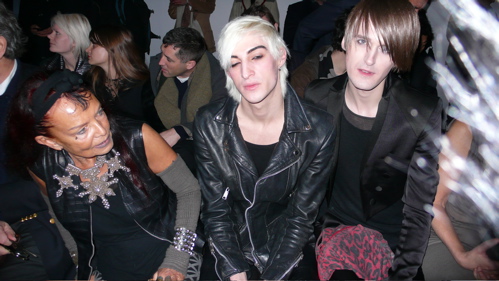 More later from our man of the backstage, Sonny Vandevelde.
WHile other designers are suffering from the current financial depression, RIck Owens seems to get stronger and stronger and put out one of his best collections ever and considering he rarely misses a beat, I think that that keeps him flying above the rest in his own well defined stratosphere. I was talking to my friend Imran, Mr. the Business of Fashion, when we left the show and we both agreed, here is one designer that does not look back, he is and he designs for, the future..
Later,
Diane