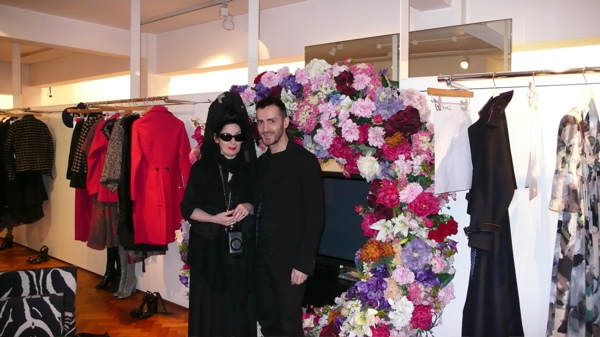 Today was my last day in London , I'd missed  Kinder Aggugini's show , I had arrived in London in the afternoon and the Kinder show was the first one in the morning. I have to admit that I was quite intrigued by the concept: Coco Chanel meets Sid Vicious. Kinder studied at St Martins, was a punk in the 80's,  learned his impeccable tailoring on Savile row and then went out and worked a bit  for John Galliano, Vivienne Westwood, Paul Smith, Calvin Klein and Costume National and as head designer for Versace following the death of Gianni. At a certain point he decided that it was about time that he went out on his own.  DJ's use the term Mash-up, which as you know is putting unexpected bits together musically, Kinder's 'mash-up' is a mix of unexpected silhouettes, decades and materials.The front of a dress could be from the 20's and the back from decades later or a coat seems very 50's in the front and 80's in the back. The challenge is what keeps Kinder's juices flowing. A surprise to some of his buyers is how a beautiful Italian embroidered lace can be left raw at the hem, this is the Syd meets Coco statement. Fabrics are dyed, washed, faded and essentially worked on in order to obtain the desired end result. You could say Kinder is a 'hands on' designer which was a big surprise to his Dad who came to London for his show and watched Kinder work his magic in the bathtub. The treatment of his fabrics is as important to him as the precision of the cut.
www.aggugini.com 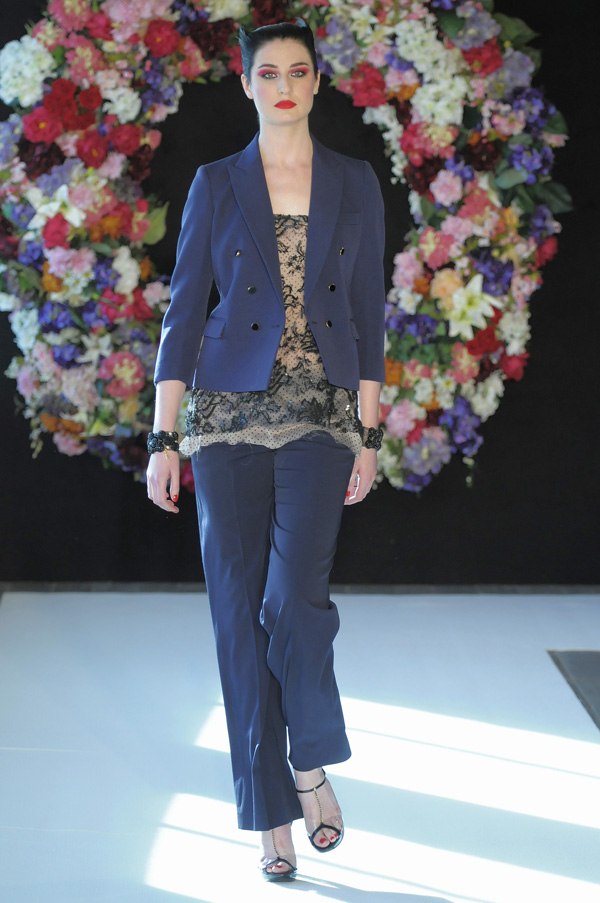 I was particularly taken by the tailoring, it's perfection. Basting stitches are left on the garments, the client can either leave the work in progress on the garment or release them. 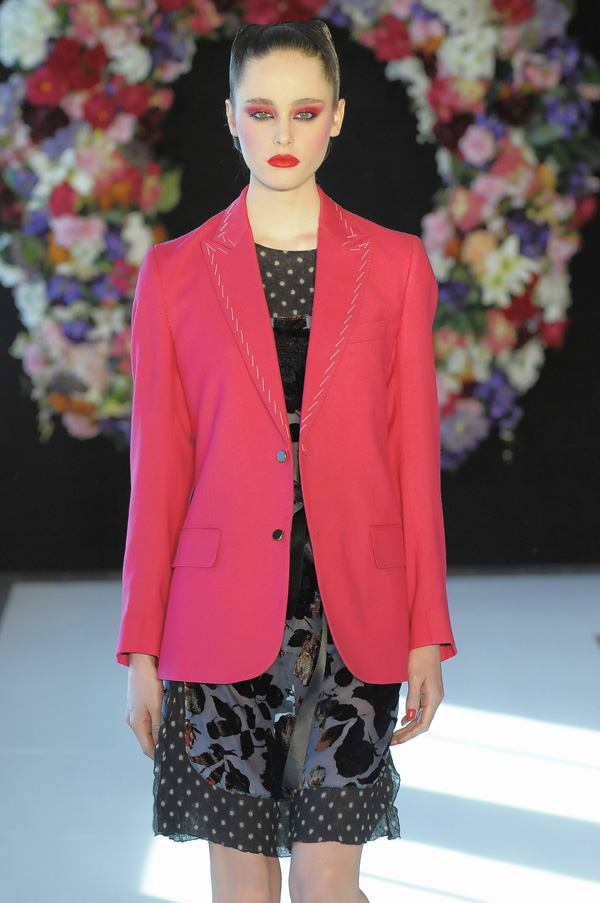 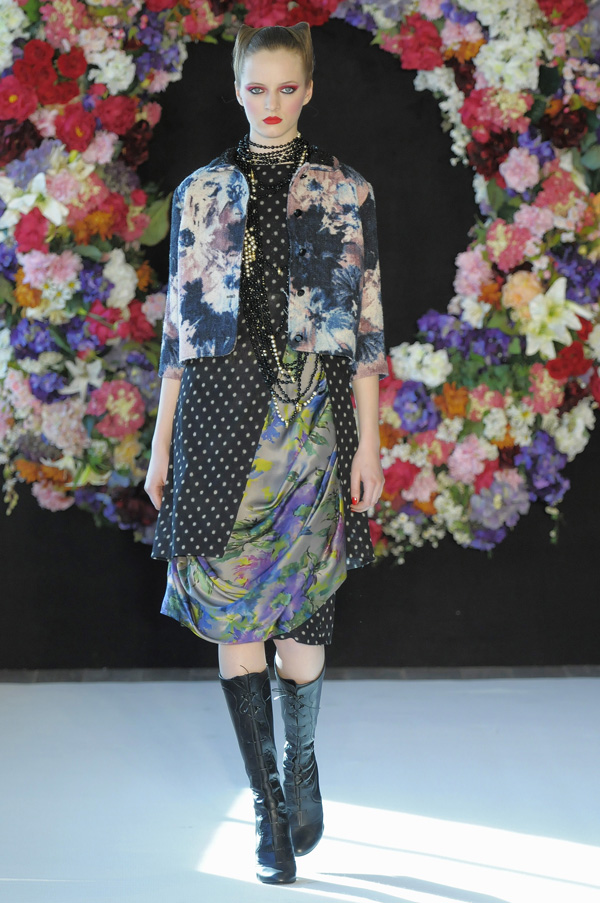 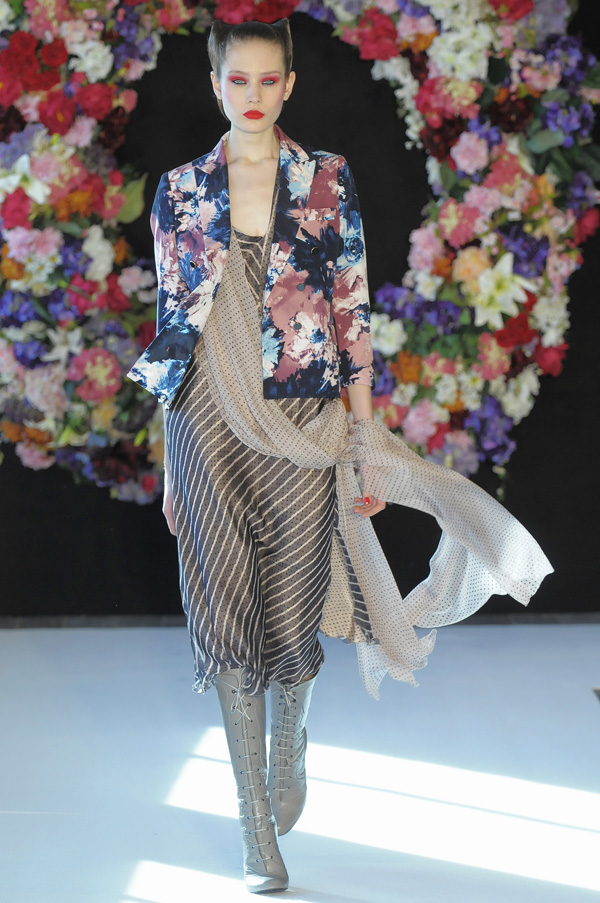 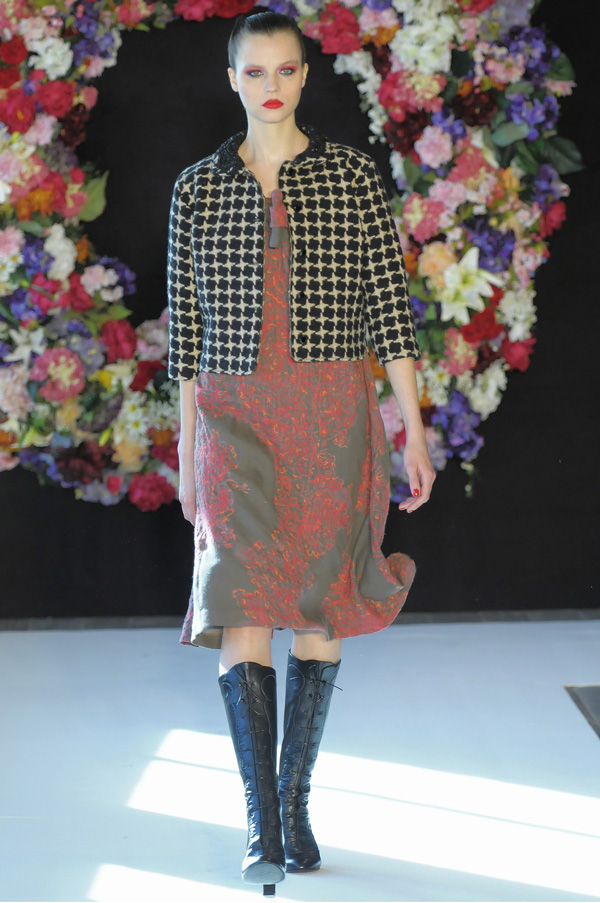