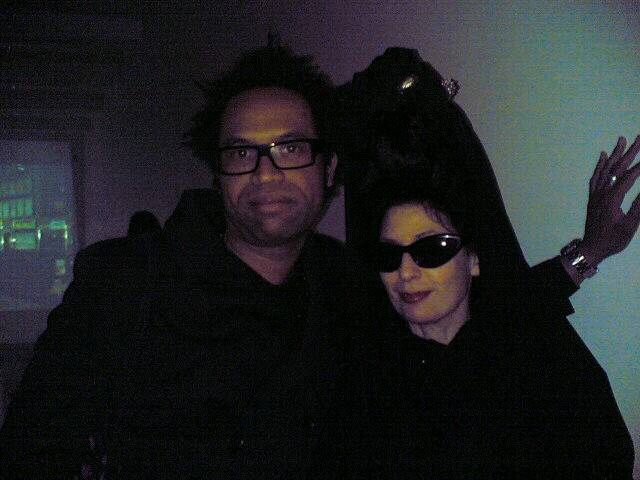 Fri 13/01/2006 18:44 DianePERNET(928)
It was quite funny, tonight I went alone to the Cosmic Galerie, an artist Sebastien came up and started talking to me. He had mistaken me for an artist who’s work he’d seen in Vienna named   Sophie.  He was so happy to see Sophie that I did not have the heart to tell him that I was not her.  He talked a little  about his art and a book of his that is on sale at the Pompidou Centre. I told him to send me some jpegs and if I like them, I’d show them to you.Aside from Isabella Blow, this is the first time that someone thought that I was someone other than myself. Amusing.