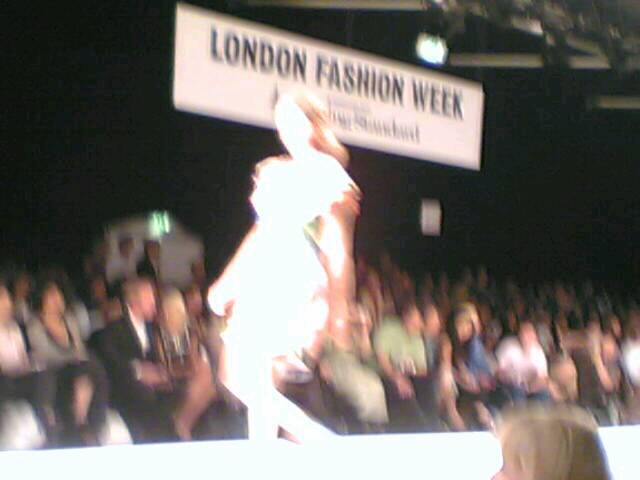 I arrived so late that someone was sitting in my seat and as my position was basically angled from the floor and right into the lights, you see nothing here of the happy fresh prints with lips and hearts on them and the metallic platform shoes. Eley Kishimoto is about fresh, happy, easy to wear clothes and that is exactly what they showed. Just as Wakako and Mark were taking their bows I tried to blog an image to you but instead of the camera I had a text message on my screen and even that was lost. Their party last night, I hear, because I was too exhausted to go, was great. There was a line of more than 200 people trying to get in and it ended in the wee hours of the morning or so I’ve been told. It was fun to see all the GUmball 3000 friends at the show. THose of you in Paris that have missed my Shaded View on the Adventure of Pleasure can catch it again at either the 360 blogging conference on October 3 rd at Espace Richlieu from 1pm to 7pm or on October 5th at the Go Go party where it will be screened again. Later, Diane