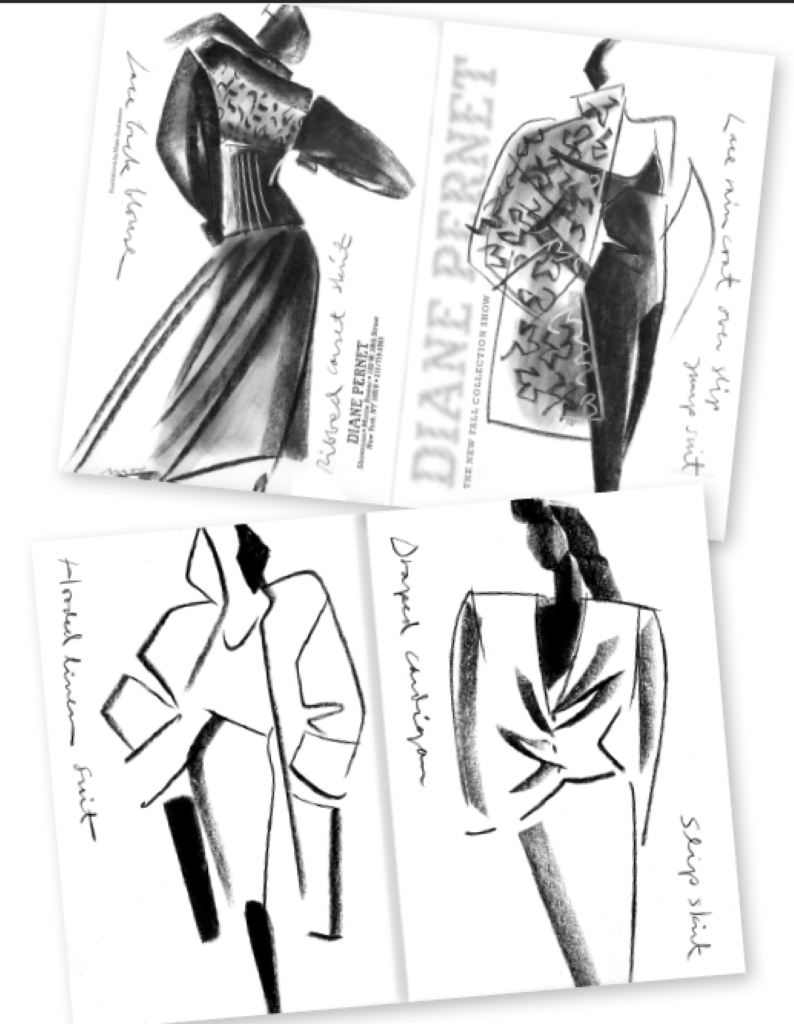 What a delightful surprise to be contacted by Jaromir, someone I knew back in the early 80’s in NYC. The photographer, Antonin Kratochvil, from Czech Republic, a photojournalist who has photographed a lot of human catastrophes and is the founder of VII photo agency, liked to hang around me and my models with his friends that were big into football and, of course, beautiful girls. It was an unexpected mix of energies but we had a lot of fun and he took great photos. Jaromir was one of his athletic friends with an eye for photography. Anyway after decades he contacted me tonight to tell me that he had discovered archival footage from two of my shows back in 1984 that were 16 mm and b/w…Who knows what it looks like but what a treasure however it looks. It’s never been edited.

The illustrations above, he found too and were made for me by Mats Gustavson, I remember Mats proposed doing them and only  asked that I printed them well. They were my first press kit. I rarely did press kits.

I don’t have any of the originals…thank you Jaromir for getting in touch with me.