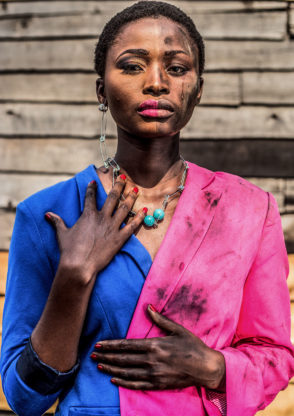 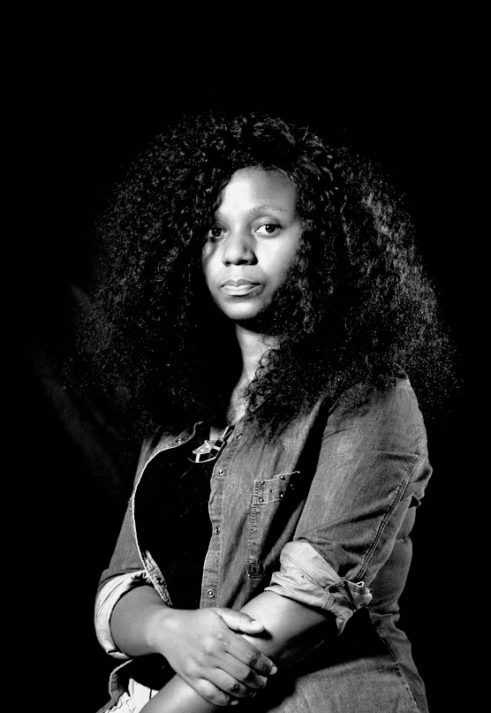 The young Congolese artist Pamela Tulizo was the winner of the 2020 Dior Photography and Visual Arts Award for Young Talent. The award’s theme was “Face to Face” for her part Tulizo focused on the double identity of the wome in Kivu’s region in the Democratic Republic of Congo who go between victim-women in the media and hero-women full of hope and resilence.

Tulizo was born in the DRC in 1993 and grew up in Goma in the war-torn North Kivu province where armed conflicts led to an alarming level of violence against women. Addressing the theme “Face to Face” , Pamela Tulizo shines a light on the Congolese women and their vitality and resilience in opposition to the way they are represented in the International Press.

Tulizo’s series “Double Identity” consists of thirteen portraits of a Congolese woman split between her identity and the role that she is given in the press. Tulizo is a journalist but for this work she distances herself from documentary photography choosing the codes of fashion photography to create a narrative which seeks to expose the inner beauty and power of the women aroung her. She plays with mirrors and reflections to create mise-en-scene that explore the richness and conflict of identity in African women.

The exhibition is organized with the support of DIOR.