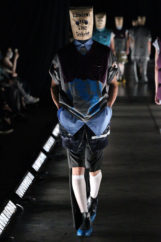 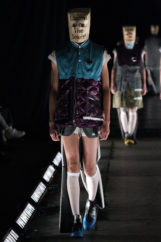 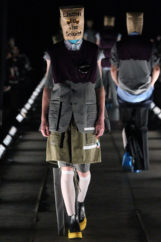 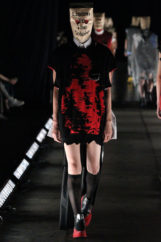 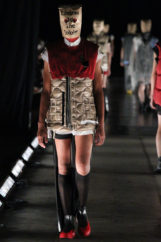 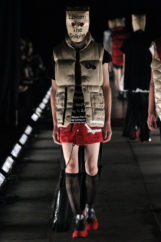 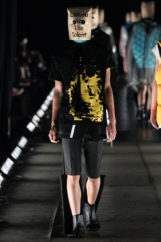 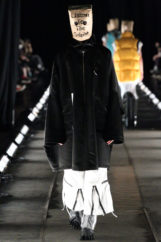 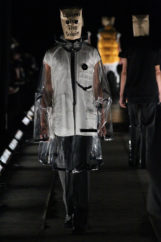 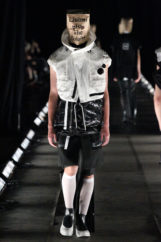 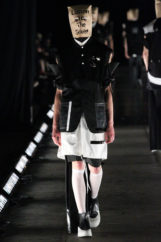 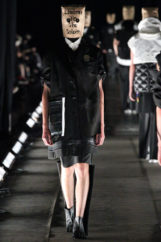 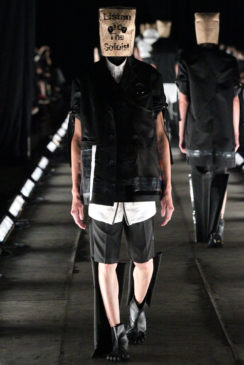 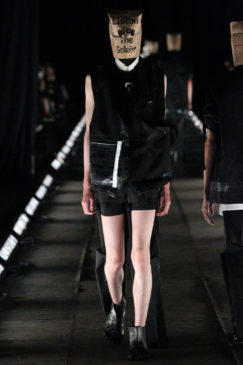 This season Takahiromiyashita aka The Soloist decided pause and reevaluate his work and reflect on who he is as a person so he pressed “pause” in order to press “play” again. He pressed “play” today when the collection was revealed on the runway.

“There are many items that encourage the wearer to press “play” on their own terms. In recent years, upcycled items have gained popularity in the market yet I’m skeptical of homogenization. So in response to the trend,  I designed new jackets including a new take on vests achieving the look of up-cycling.  In the collection, there is a recurring theme of juxtaposing the familiar against the innovative. As is always the case, I portray my thoughts and emotions through  every detail in each design.”

This season The Soloist cut out the sleeve and hems from military and outdoor garments and added pockets to create new garments that will free the wearer of needing to carry a bag.

The graphic this season was taken from a photograph of a girl by Joseph Szabo that he has lived with for over 20 years. The picture was altered to look like it has been almost shredded. The image came from pressing the “pause” button of an old VHS player, when it often renders the image blurry. That flashback of an image was used to create the graphic.

The music of Akira Kosemura played a significant influence on this collection.

“While runway shows may not be for all designers for me it’s an absolute must! Hence I decided to return this season in Tokyo, in order for me to press “play” again. Yet Paris has always occupied a special place in my heart as if it’s my spiritual home and can’t wait to return.”