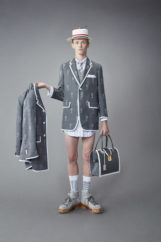 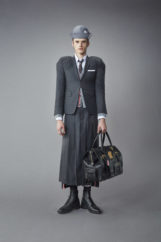 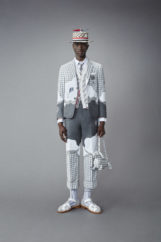 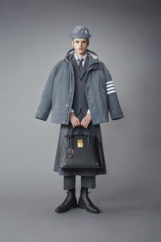 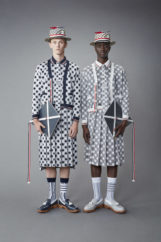 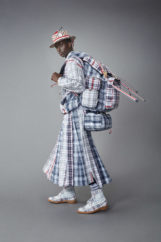 No doubt Thom Browne had an idyllic childhood with kites, planes and pets and the whimsey of it all is evident in the current Resort Collection. Paris will miss him but New York will no doubt rejoice. What is new this season in the ever evolving signature looks are the Bonnie Cashin inspired ponchos. For those of you that never heard of Bonnie Cashin, she was an American designer credited with creating Sportswear in the 50’s. She also was known for layering which is a favourite with a Thom Browne collection. Probably a big difference in the two designer’s aesthetic is that Browne likes structure and is not particularly concerned with comfort which was the driving force behind a Sportswear collection no matter who the American Designer.