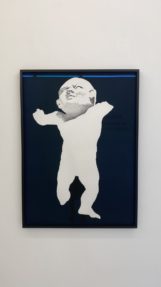 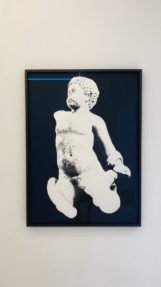 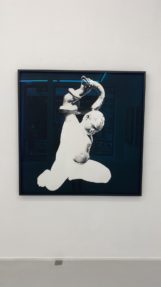 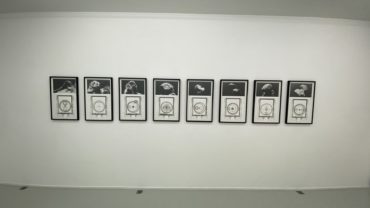 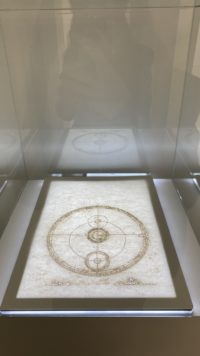 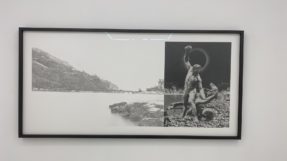 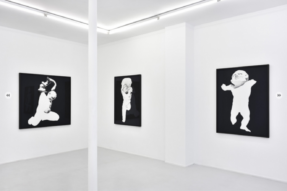 VIEW OF THE EXHIBITION JEAN BEDEZ

The exhibition De Sphaera Mundi was presented virtually at the Beaux-Arts de Paris last February, when museums closed due to the pandemic. Jean Bedez continues here to explore his favorite themes turning to myth and cosmology. Ancient cartographies are telescoped with recent images of space. This series is enriched by a new declension of his reflection on the art of combat. A triptych, freely inspired by a sculpture by Michelangelo Buonarroti, depicts an epic fight between Hercules and a giant named Cacus, the light and dark in a landscape of the origins of the world, under a black star. New works in a varied palette (graphite, natural pigments and charcoal, laser engraving), inspired this time by older art dating back to the Hellenistic period, revisit famous mythological episodes relating to the childhood of Hercules and the giant Atlas. So many variations on the theme of the giants, as it was illustrated by the statuary of different periods and as it appears to us today, damaged by time.

The themes that thread through Jean Bedez’s work are tied to the past with depictions of political and religious authority. He aims to deconstruct and expose the codes and norms of image creation, as well as propose interpretations of the real world that serve as modern allegories via his sketches and sculptures. He examines the relationships of dominance in our communities first through a series of sculptures influenced by dominant cultures of play, spectacle, and control, illustrating the role of the citizen. Parallel to and in response to this sculpture, he creates a painting in which he expands on his themes. Jean Bedez confronts himself with older methods and know-how of the art of drawing when creating a work that is relevant to the times.

A 2001 graduate of the Beaux-Arts de Paris, Jean Bedez was awarded the Lucien Quintard prize for painting, in 1999, from the Stanislas Academy in Nancy for a conceptual graphic work in which he examines the notion of a signature gesture and our relationship to Time, which he will continue calling into question throughout his work.He has exhibited at the CRAC Languedoc Roussillon (Sète), the Musée des Arts Décoratifs (Paris), the Museo Villa dei Cedri (Bellinzone, Switzerland), and the Palais de Tokyo (Paris)