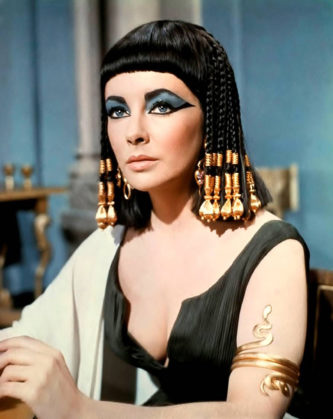 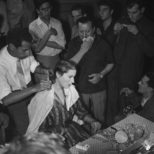 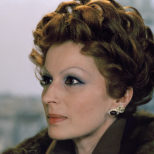 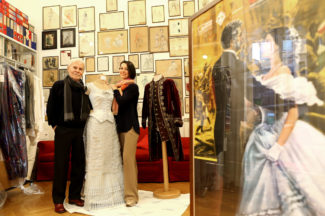 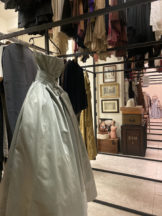 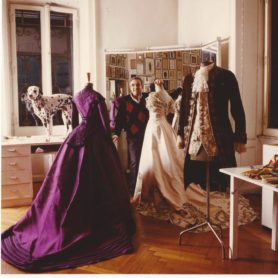 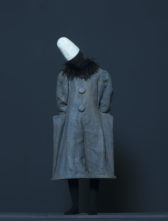 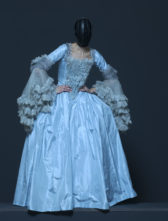 The Mayor of Rome, Virginia Raggi is giving her support to the first edition of ROMAISON 2020. The exhibition weaves together tradition, artisanship, research and experimentation and for the first time opens its doors to reveal the authentic historical pieces that they have in their archives. Along with the Mayor of Rome the initiative is promoted by Rome City Council and organised by Zetema Progetto Cultura with the technical assistance from Rinascente. and a big thank you to the Fondazione Cineteca di Bologna and Istituto Luce – Cinecitta and the Rome Film Festival.

“Rome: capital of creativity. ROMAISON 2020 tells the story of a unique city where fashion and cinema have always woven a creative fabric appreciated the world over. The greatest directors and international productions have always chosen Rome for their masterpieces. Even in these historic times, this city is the perfect backdrop for making films, a laboratory in which you can carry out continuous research and create costumes. Cinema inspires fashion and fashion inspires cinema in a single time continuum. ROMAISON 2020 is an innovative project curated with grace and diligence by Clara Tosi Pamphili: an homage to the history and skill of Rome’s costume studios, symbols of the Made in Italy brand.

This exhibition is a celebration of the stylish creations of Italy’s capital and the great names who have dressed, and continue to dress, the icons of cinema. This great industry is a real example of excellence and a circular economy: thanks to this cultural heritage, costumes are re-adapted, marrying innovation, sustainability and conservation. This industry, some of it covering three generations, allows thousands of outfits to become objects of study and research for many organisations, especially international fashion houses and fashion schools.

We would especially like to thank the extraordinary Tilda Swinton, a multi-talented artist who has chosen Rome to give a unique performance: Embodying Pasolini. A sign of the key role and continuous focus that cinema and fashion have in Rome and Italy”, said Rome’s Mayor, Virginia Raggi.

My friend, the fashion critic and historian Clara Tosi Pamphili, is the curator of the exhibition which brings together Rome’s most important costume studios: Annamode, Costumi d’Arte – Peruzzi, Sartoria Farani, Laboratorio Pieroni, Tirelli Costumi along with sketches from the personal archives of Gabriele Mayer and a dedicated section to Mensura the historical producer of mannequins.

“The relationship between fashion and costume design has always been “marvellously ambiguous, a parallel dimension of mutual inspiration that can be found especially in Rome” – as the curator, Clara Tosi Pamphili writes in the text that introduces the exhibition – it is the thread that runs through this collection of diverse and fascinating stories, which have been written over more than a century, from the birth of Cinecittà in 1937 to the first international productions filmed in Rome’s studios, from the golden era to Italian cinema of today.

The line between fashion and costume is blurred further by the timeless beauty and charm of some of cinema’s icons: Florinda Bolkan, who wore a genuine Gallenga dress as a costume in Investigation of a Citizen Above Suspicion, Donyale Luna – the first woman of colour to model on the cover of Vogue in 1966 – in Satyricon, Silvana Mangano, vivid and glamorous while wearing her Bvlgari parure with amethysts, quartzes and diamonds in Conversation Piece, Jane Fonda in the famous Barbarella.”

Embodying Pasolini, a performance conceived and curated by Olivier Saillard will open the exhibition. Saillard reflects on the costumes created by Rome’s studios for the films of Pier Paolo Pasolini on the actress Tilda Swinton.

In collaboration with Fondazione Cinema per Roma ROMAISON 2020 launches at the Auditorium Parco della Musica during the Rome Film Festival with a pop-up promotional photographic exhibition.