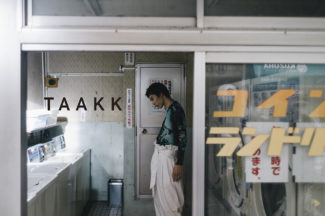 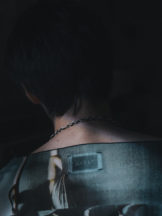 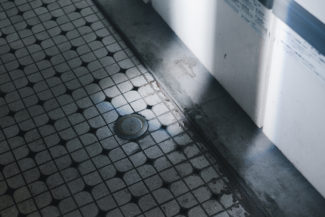 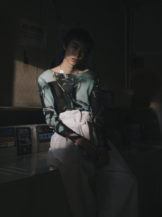 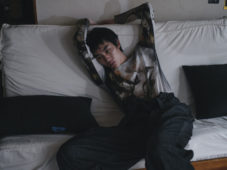 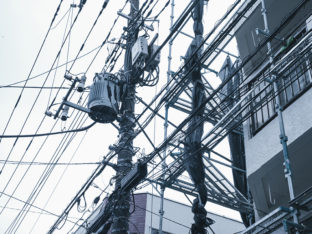 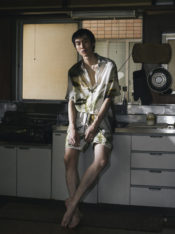 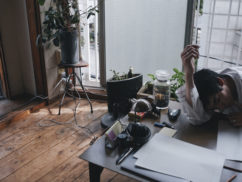 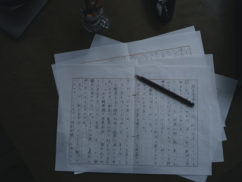 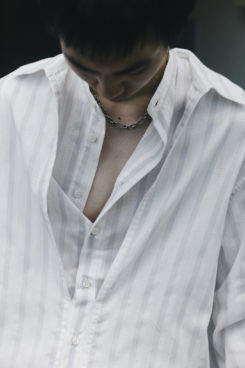 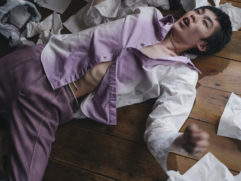 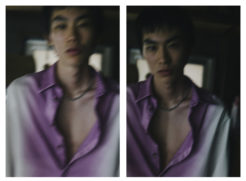 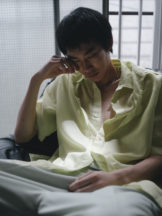 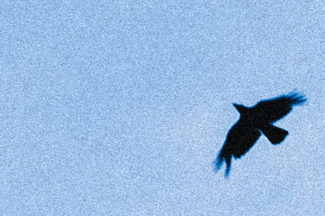 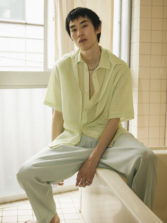 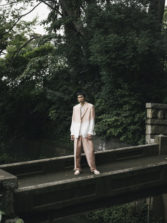 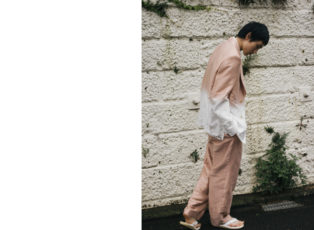 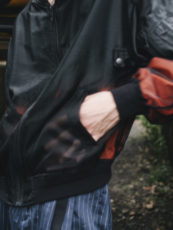 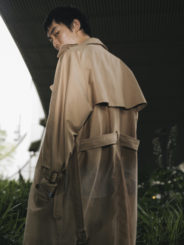 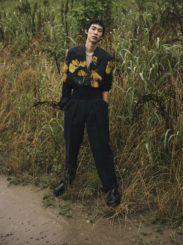 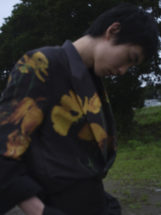 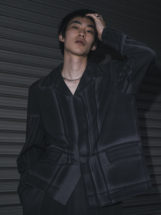 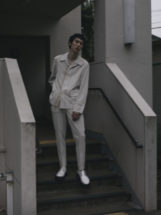 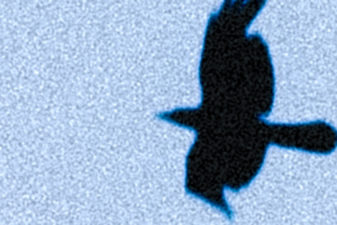 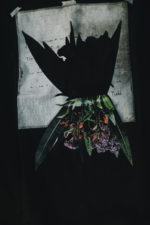 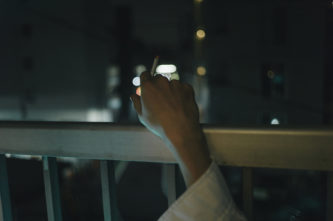 The designer Takuya Morikawa took inspiration from Belgian artist René Magritte’s visual representation of the idea of destroying the common illusion.  Morikawa takes the daily reality and pushes the boundaries with extensive material research and inventive fabric treatments collaborating directly with technicians in each area explored throughout his practice.

This season, TAAKK takes a closer look at the raw essence of separated elements that are normally assembled. In exploring this notion, unexpected fabrics are juxtaposed throughout the offering to create a transformative effect. Key textiles seen throughout the present range include a shifting materiality, which seamlessly transitions from linen to cotton – transforming a blazer into a shirt to create a jacket with unexpected duality. Contrasting fabric pairings such as a highly reflective nylon paired with a polyester organdy translucent fabric continue this narrative to create a previously unimaginable transparency.

Widening the possibilities of expression through digital printing and evocative visual elements such as a fading flower, representing the stark contrast of the beauties and melancholies of daily life, are displayed throughout the collection.

TAAKK was established in 2013 in Tokyo, Japan by award-winning designer, Takuya Morikawa. Following an eight-year tenure at ISSEY MIYAKE, Morikawa’s unique eye for design and meticulous attention to fabric innovation has earned the brand numerous accolades including the honor of Best New Designer by the Tokyo Fashion Awards in 2014 and 2017, as well as the prestigious Fashion Prize of Tokyo in 2019, awarded by the Tokyo Metropolitan Government and the Japan Apparel Fashion Industry Council (JAFI). Since TAAKK’s inception, Morikawa has continued to reshape the traditional notions of reality and push the boundaries of menswear design with a multidisciplinary approach.