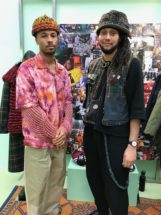 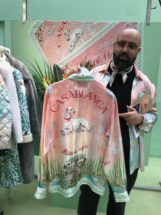 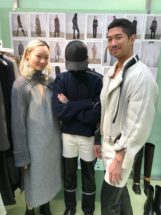 Last week the 8 finalists for the LVMH 2020 Prize were announced. I did my fly on the wall interviews with a few of them and totally enjoyed hearing what they had to say so I thought that you might like hearing from them too. I don’t know what ever happened to the rest of the interview with Nicholas Daley but you get the message from what is captured here. Technical difficulty.  Also missing a photo of Ahluwalia, but again you can hear and see her in the video. My videos are truly low-fi…I had had a nice chat with the designers behind the brand Chopova Lowena and quite liked what they did but that video and photos seemed to totally disappear and also had a chat with ç but somehow missed speaking with Sindiso Khumalo and Supriya Lele.