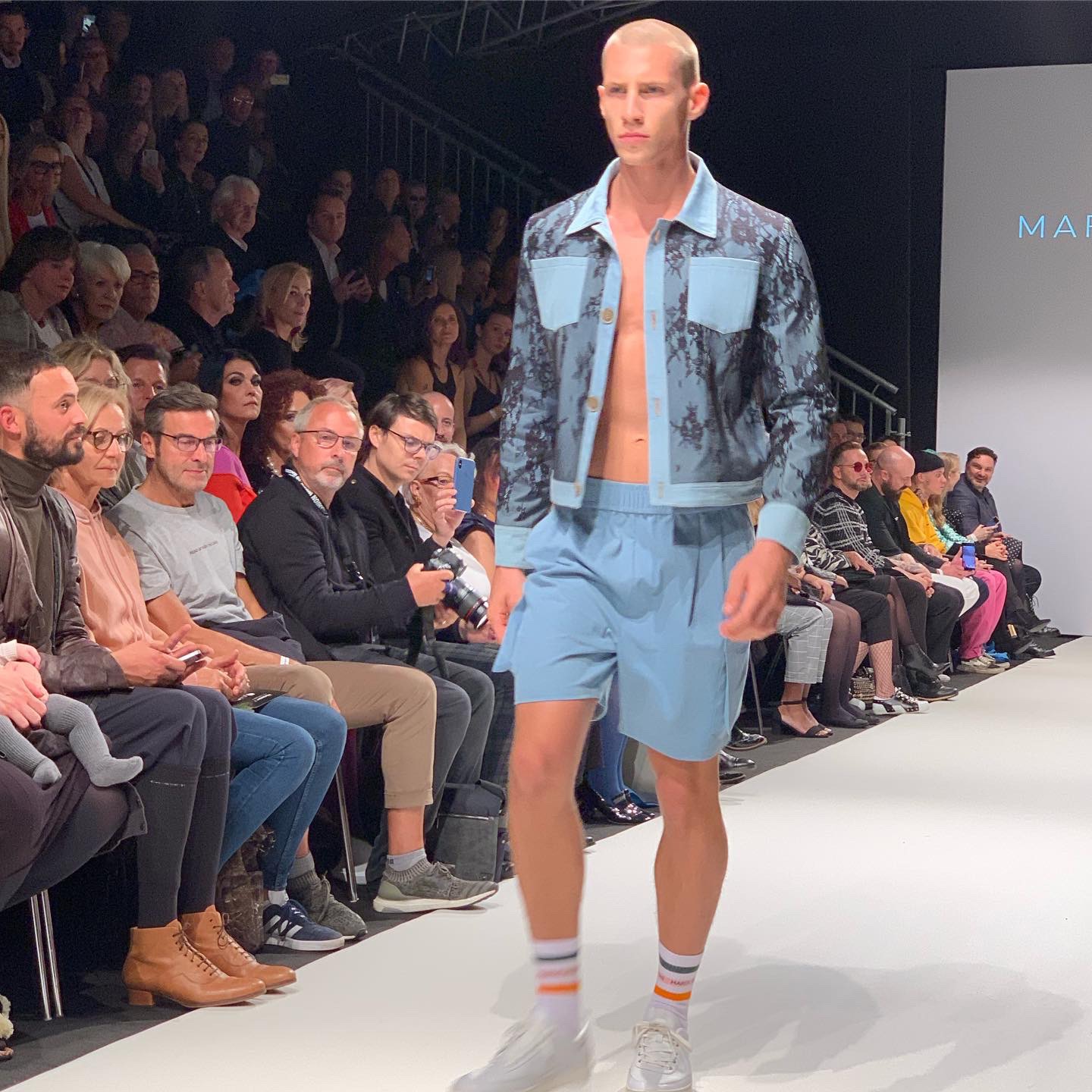 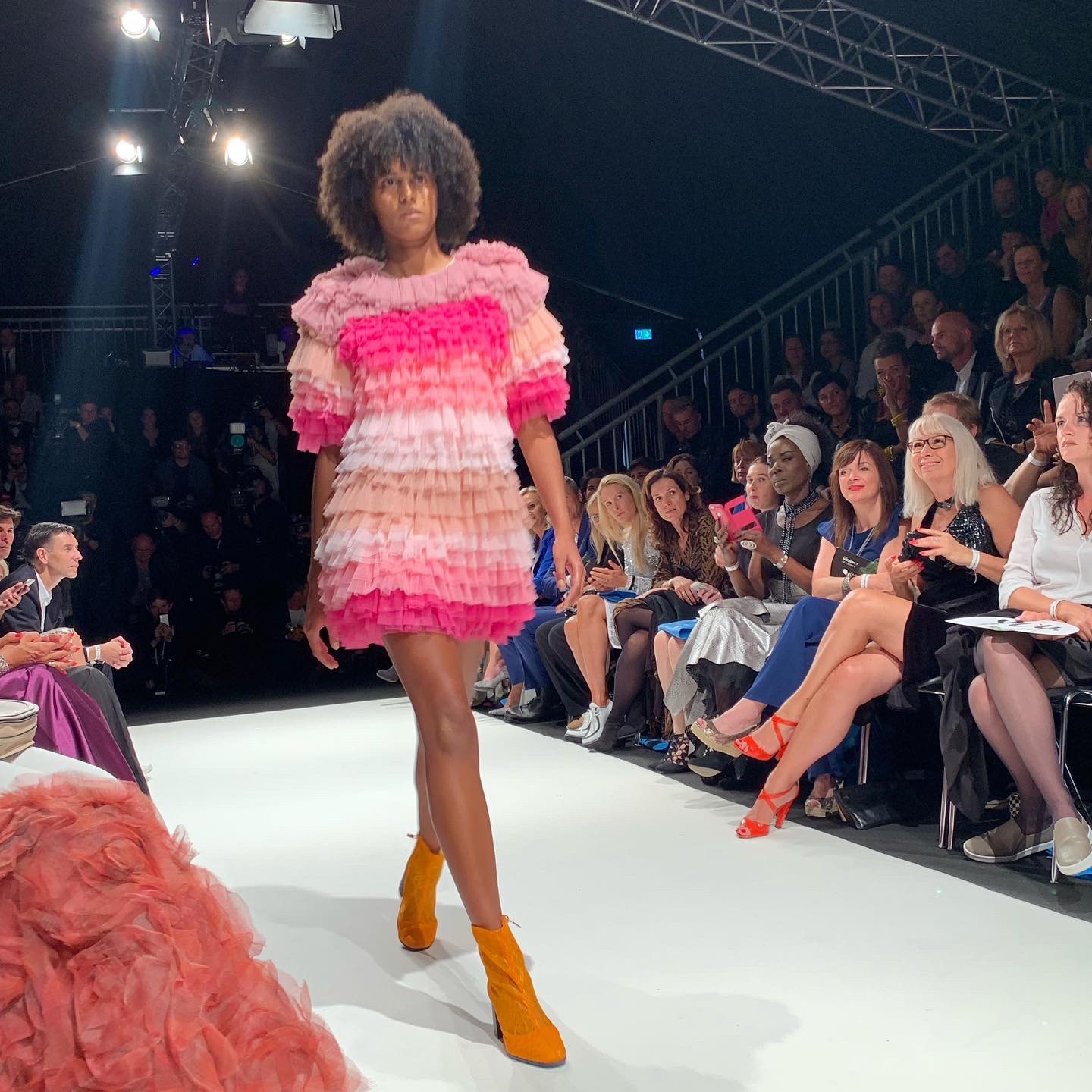 Last Monday night, MQVFW kicked off with a show by German designer Marcel Ostertag. A graduate of Central St. Martin’s, the Berlin-based Ostertag sees fashion as a way to “bring real emotion to the age of digital alienation” and produces his clothing sustainably in Germany. 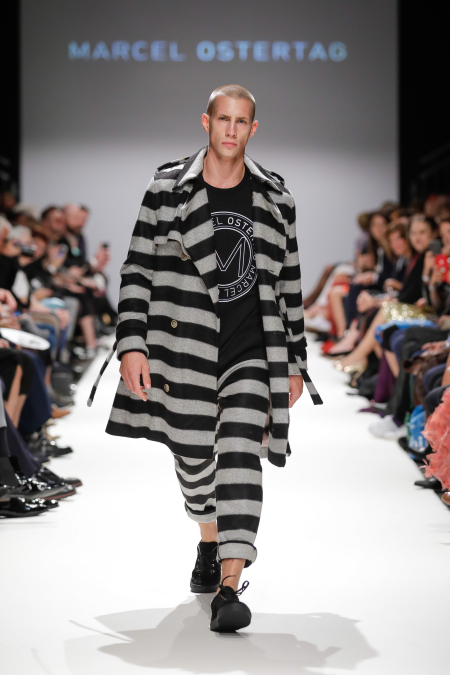 We were all mad for the “Hamburglar” looks. 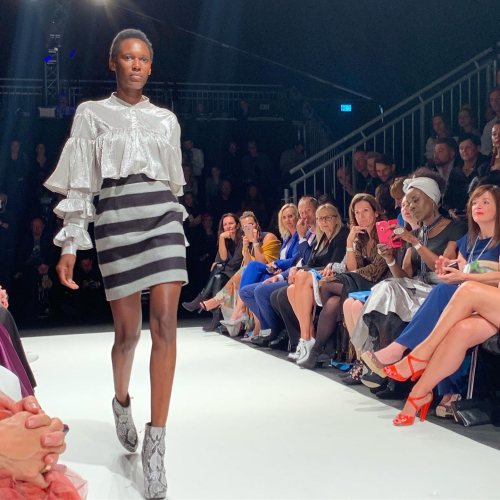 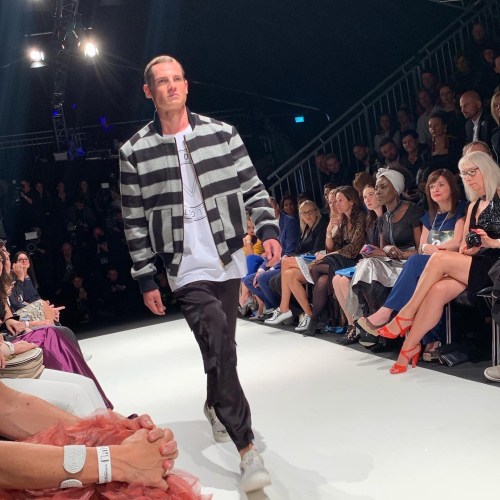 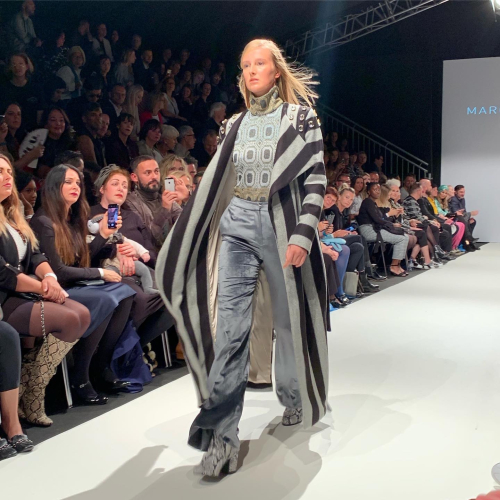 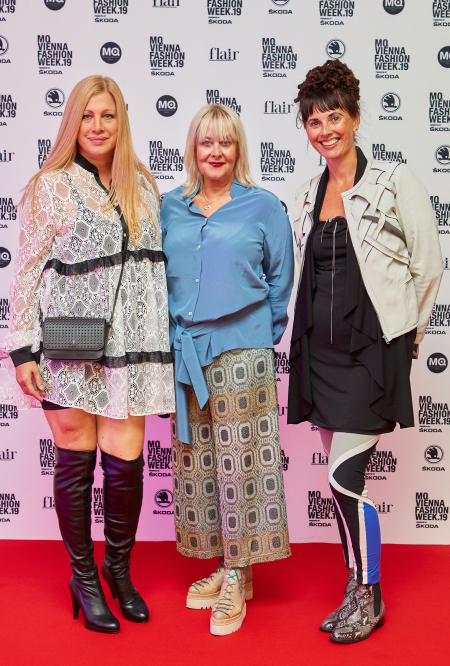 Woman Power: MQVFW leaders Elvyra Geyer (who tied the knot with her partner in the VIP room during the week), Zigi Mueller Maytas and Maria Oberfrank.

Ostertag backstage with Austria’s first woman chancellor, Brigitte Bierlein (right), who opened the fashion week before the show. Bierlein, the head of the country’s highest court, was appointed following the fall of the right-wing coalition in a corruption scandal. Bierlein will lead a caretaker government until the elections at the end of this month. 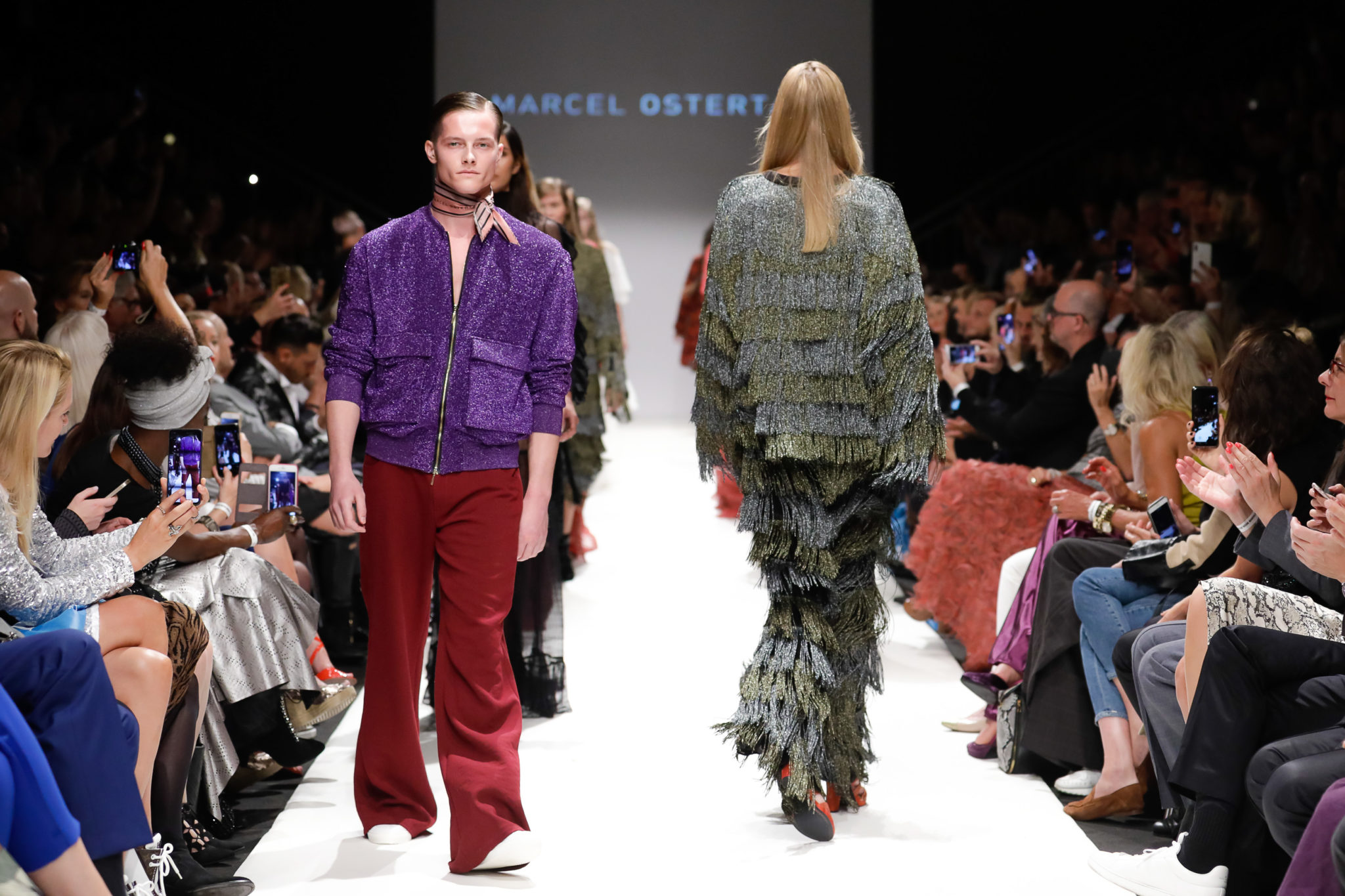