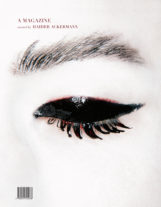 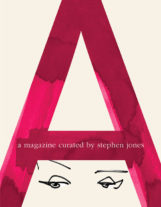 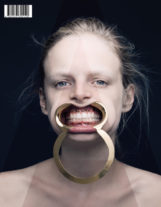 On Tuesday, Frac, Ile-de-France hosted a round-table talk about fashion magazine curation at Le Plateau, The guest speakers were Dan Thawley, editor-in-chief of A Magazine, Saul Marcadent from IUAV University of Venice and Maëlle Dault, exhibition and  edition coordinator at Frac, Ile-de-France Magazine.

Dan Thawley, the Editor-In-Chief of A Magazine has worked with the publication for 10 years, he gave us a brief breakdown of the magazine;  The concept of A Magazine:s “[fashion] designers are given free-rein to curate the magazine”. The designers can talk about everything that surrounds them, what makes them who they are; their favourite pieces of art, the food they eat, the music they listen to, their favourite place to be, etc. A Magazine aims to bring people outside of the fashion industry into the magazine. The Designer curating the magazine makes the decisions about the shape, size and look of the magazine, one example is  the choice of the paper they use. The designers collaborate with their friends to create the right graphic design for their issue, the A Magazine team also help each designer link up with the right collaborators for the magazine. This concept for the magazine allows each issue to be very different from the previous ones, making it very exciting for the readers!

A Magazine looks for a designer “that has a universe”, someone who has something to say that breaks outside of fashion and jumps into all different parts of life. Reading each issue, you learn about the designer who has curated it, on a very person level. I read Simone Rocha’s Issue, it included words by her father, photographs of her mother, fashion stories shot and styled by her best friends including family members. It felt like reading a really well put together diary.

The next issue of A Magazine comes out in May. 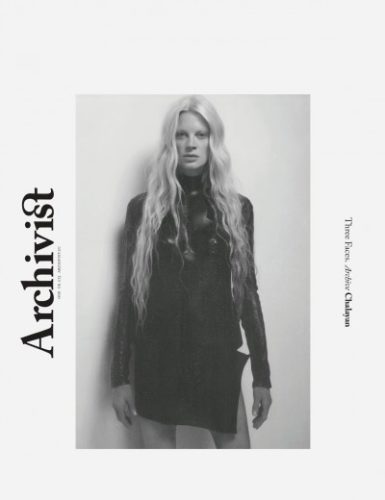 Archivist Magazine is non-seasonal, it is document of designers archives, important personal collections and emerging talent. The magazine does not have any advertisements therefore they are not trying to sell their audience clothes, rather, it looks at the different ways the past can be retrieved and celebrated. Archivist say they are ‘inspirational rather than aspirational’. It was founded in 2012, previous issues have included the work of Shelley Fox, Wendy Dagworthy, Hussein Chalayan, Christopher Raeburn, Shirin Guild, Comme de Garcons and Chloé.

The ‘multi-media project’ does not confine to any formats or mediums, it changes every time. Saul Marcadent was saying that the people involved in Archivist have a certain sincerity, he also mentioned that the most important thing about niche magazine publishing, is the collaboration between the publisher and the writer.

I think the concept for this magazine is great, I like that it doesn’t conform to a strict time frame and it encourages the beauty in things from the past, which still hold so much character and importance but can easily be forgotten. It is a good reaction against the pace and abundance of the fashion industry today. 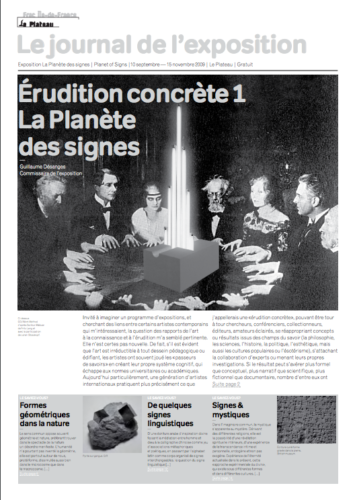 Maëlle Dault,  was talking about the magazine that she curates called Frac Ile-de-France. She began her talk with an incredible line that I thought was excellent; “when we are reading a book we are walking on the floor, when we are in an exhibition, we are walking on the walls.” Maëlle Dault believes that both reading a book and viewing an exhibition are a very physical experiences.

After an exhibition in the space they begin working on the magazine for it, curating it into a magazine. I had a look through one of the issues that was handed around, and I thought it was lovely, lots of incredible pictures of various bits of art and some interviews with the artists. Each magazine, for each artist is different, it acts as a document of the exhibition, the artist chooses their graphic designer, resulting in every Frac Ile-de-France magazine addition having a completely unique look, personal to that artist. A translation of the identity of the artists work.

Edie Ashley grew up in Wales, where she gained a love for motorcycles and horses. She is currently collaborating with Bolt Motorcycles on her first clothing collection made from surplus fabrics. She has a radio show on Portobello Radio called Dirt Bike Dub.