Capricorn rules over the need to ask permission, if you need to deal with authority, if it needs a key to turn the lock, then your dealing with Capricorn, and Saturn’s dual energy.

It rules our internal structures, i.e. our bones and teeth.  If it wears a uniform, it’s ruled by Capricorn

It takes over 3 hours to dissolve a human body in Sodium Hydroxide… you’ll need to heat it to 300°, a kettle will only boil up to 100°

Time is ruled by Saturn.   If you need to put a ring on it … also Saturn

We saw the fall of the Soviet Union 1988-1991 (The Velvet Revolution), the end of the Apartheid, and the release of Nelson Mandela (A Cancerian (opposite sign of Capricorn))

Wall Street Crash of 1929, Saturn was in Capricorn

Palestine proclaimed itself as an independent state in 1988 😘👊🏽👊🏻👊🏼

And the 2008 Banking crash, Pluto the great destroyer entered Capricorn, and will remain until 2024 … Amore Mio!

We are now in the last 12 months of Saturn’s transit through Capricorn … and again oppressive structures will fall, and in the words of MLK (A Capricorn) we have the opportunity to be,  “Free at last! Free at last!”

Dissolve the structures that no longer serve you, before they dissolve you 🔥

If something resonates here then feel free to contact me for a personal session https://www.instagram.com/aaronsharif/ or leave a comment.

Public Enemy “Party for your right to fight” 1988 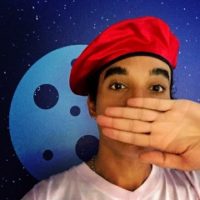