I was recently asked by a magazine to curate part of its editorial content on the theme of Paris’s “underground culture”. As it happened, that request made me cringe at once.

Very typical, yet another tired attempt to subversiveness involving a superficial appropriation of dated codes and imagery, half a dozen misquotations and a complete lack of understanding of the actual topic. My bitterness curbed, I realised that what bothered me most was this very simple assertion : the underground is dead. Or, at least, ceased to exist. Not entirely true, but still, the reasons that prompted it to emerge had to be explored.

Fashion is – almost by definition – the field of appropriation, be it visual or cultural, and therefore decontextualisation. Nothing arouses fashion peeps more than a taste of the exotic or the unusual – that is, what they perceive as being exotic and unusual. Be it a craze for rave culture, African tribes or a sudden spotlight on transgender identity, fashion will tend to process its focuses in the exact same way. Haters will say superficial. And they will be mostly right. The genius of fashion is to draw immediate attention to its striking productions. However, more often than not, it will produce images and clothing without discourse.

The underground turns the high-fash crowd on because it is relatable yet not entirely familiar, and perhaps because it comes along with a hint of sex and danger. Before even approaching the topic, fashion already has a range of ready-made impressions to apply : 90s heroin chic clichés by Nan Goldin, parties at le Palace circa 1978 with Saint-Laurent twerking between Kenzo and Grace Jones, or – if you’re lucky enough – Leigh Bowery dressed up as a huge chlamydia on the dancefloor of 1980s Taboo. On top of being all clubbing-related, all of these will share common denominators : they will be comfortable, sometimes sexy, often appealing views of the underground. As the “remember to sugarcoat it so you don’t scare the advertisers” type of mantra seeps in all the aspects of the fashion industry, the intense, challenging, ambiguous – and therefore truly in.te.res.ting – stuff will be automatically left out.

Also aggravating to poor me was that no one would question its relevance. Did underground culture survive the surge of the internet and social networks ? Was there anything of it left untouched by hipsters and self-proclaimed fashion freaks ?

For 2017’s Parisian youth, the underground equals partying. Substances-fueled techno events popping up in various unexpected crumbling locations. Half naked squat parties with sweat and opiates oozing from the walls. Faux-leather straps and sleepless nights. In a nutshell : catharsis and escapism. If that is indeed underground, it is also limited. Namely, in the case of Paris, a very specific context, redundant unfolding and predigested Berghain aesthetics. Great fun, but not worth much as a ground for creativity. When there is indeed somewhat of a framework for it – usually video projections or performances, the audience is seldom receptive because it strays from their expectations. The artworks are then accordingly adjusted – that is by being purely decorative or just some kind of half-arsed sexual bravado.

Somehow, it does transpire that our perceptions of alternative spaces have become strangely compartmented. Such underground space is assigned to parties, another to art exhibitions, with rare instances of the two mixing up effectively – and no, getting smashed at a Palais de Tokyo vernissage does not count. When we are here to consume what we paid for and give vent to our weekly frustrations, the extraneous fluff is of little importance. We come to make the most of it within a limited timeframe. What matters most is the inner experience, not self-expression. Logically so, the subcultures that fashion most craves to plunder seem to be out of the picture.

Trojan and Mark Vaultier at Taboo by Derek Ridgers

Because of its traditionally difficult access, limited reach and often private settings, the underground has always been a ground for subcultures to thrive. However, the internet changed the way off-track events are organised and communicated – opening up supposedly private events to a larger number of people and multiplying the word of mouth scope. More than anything else, it has upturned the way we channel and digest visual references, as it offers access to pretty much anything around the globe as an exploitable digital inspiration. In the words of Lotta Volkova, the stylist who can be credited for this sudden surge of interest in underground culture, “there are no subcultures anymore. It’s all about the remix.”

Still, how do you then qualify the hardcore scene, currently enjoying a terrific revival thanks to the likes of Casual Gabberz and Parkingstone. There is absolutely no doubt that this crowd, with its dark post-internet take on 90s and early 00s raver styles, shares sets of references that are almost tangible. Thanks (/ not) to Paris’s conservative climate and lack of suitable infrastructures, this kind of niche-luring events have been pushed beyond the périphérique, away from oversensitive neighbours, cop control and suffocating gentrification. If anything, it is in within these transitory settings that originality may be found.

If it did not completely disappear, underground culture did morph into a more transient, permeable concept that spreads differently, both online and offline, and whose borders are thus not as easily definable as before. May fashion look beyond the hype. 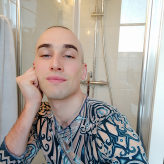