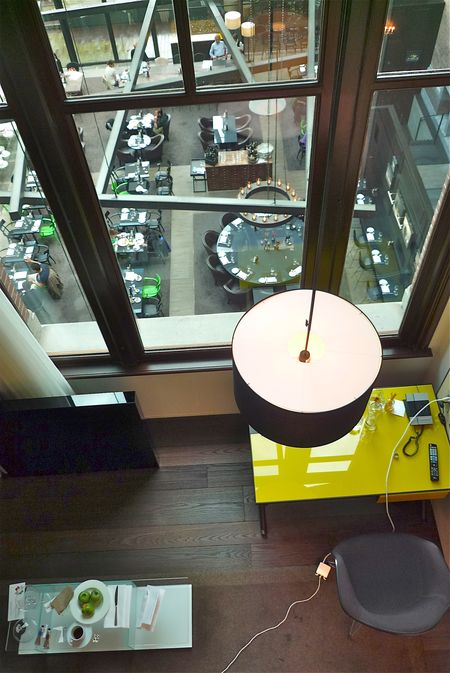 After my 3-night stint at the Lloyd Hotel, I was invited to spend one night at the splendid Conservatorium Luxury Spa Hotel in Amsterdam’s city center. Opened early this year, this high-end haven has hosted the likes of Madonna (she stayed here during her MDNA tour) and Lady Gaga (the manager of the hotel was quick to dispel the fat rumors. Yes folks, Gaga was wearing a fat suit in those stomach-churning photos that appeared in the Daily Mail).

Originally designed by Dutch architect Daniel Knuttel in the late 1800s, the building served as a bank for 77 years before being transformed into Amsterdam’s premiere music conservatory, the Sweelinck, from 1823-2003. Georgi Akirov bought the building in 2008 and recruited Italian designer Piero Lissoni to spruce up the property. The stand-out feature of the hotel is the courtyard covered entirely in glass, creating a cavernous, dramatic space. I had a full view of this space from my duplex suite: 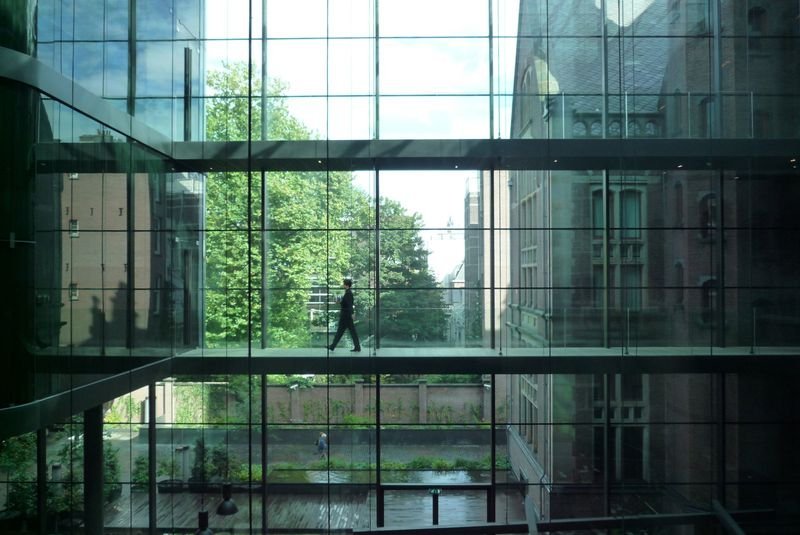 I especially liked the bridge which seemed to be only utilized by the hotel staff. 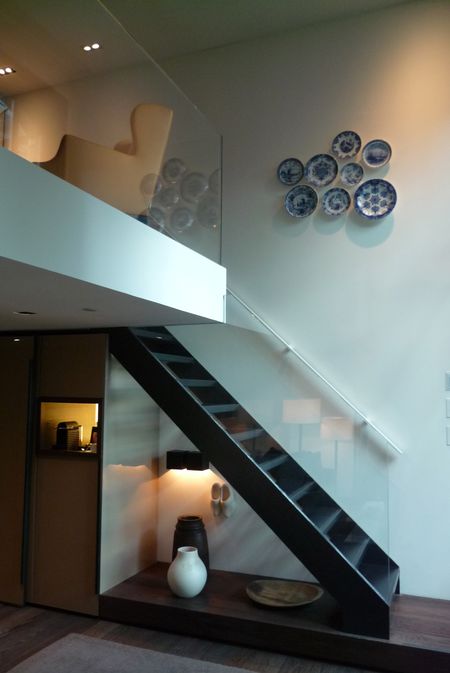 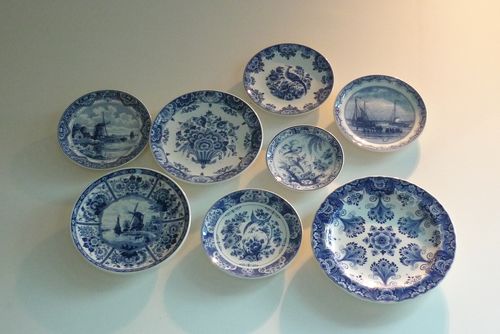 I was mad for the Delftware on the wall. I think it has something to do with my childhood. I have vague memories of my paternal grandmother, a German-American Protestant, collecting Delftware and swanning it around during her Christmas parties. 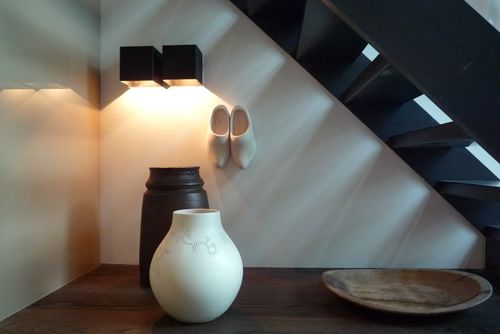 And no trip to Holland is complete without a spin around the block in some traditional wooden shoes. I loved how the hotel incorporated accents that invoked the Dutch countryside of yore with a sleek, modern interior design. 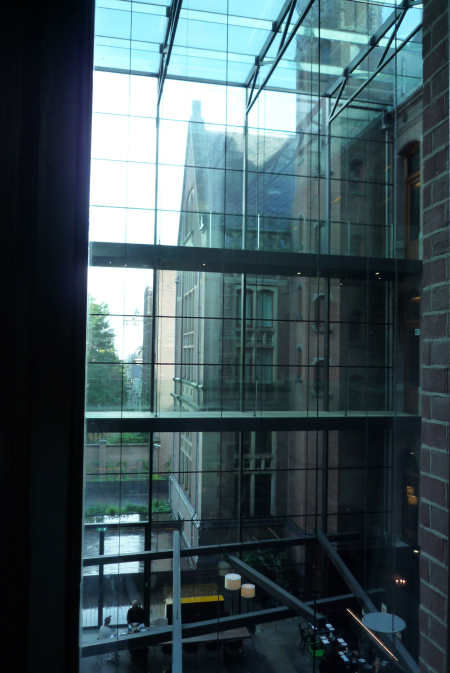 Sorry, I forgot to tidy up before I took this photo…it looks like my browser is open to A Shaded View, yeah? 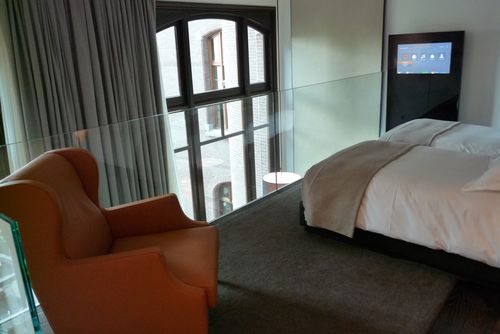 There were 2 full bathrooms–one upstairs and one downstairs 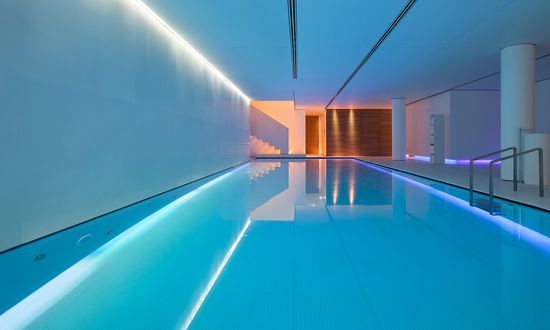 The hotel’s spa and swimming pool, the Akasha Holistic Wellbeing Center, transported me. Vital Feng Shui principles as well as the emotive use of colour are
incorporated into the design of the Spa at Akasha, creating a warm and
relaxed atmosphere. I thought it was absolutely divoon. 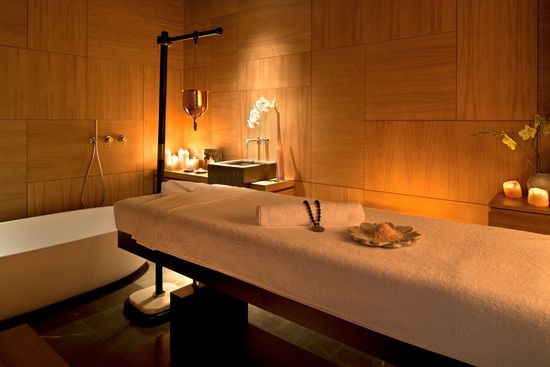 I was invited to try out one of the spa’s treatments and I chose the Aromatherapy Massage. Scents were organized by the elements and being a Capricorn, I chose Earth. Let me tell you, that was one helluva massage…

Natural materials, such as oak wood have been used within each of the
treatment rooms, helping to create a relaxed cocooned environment. 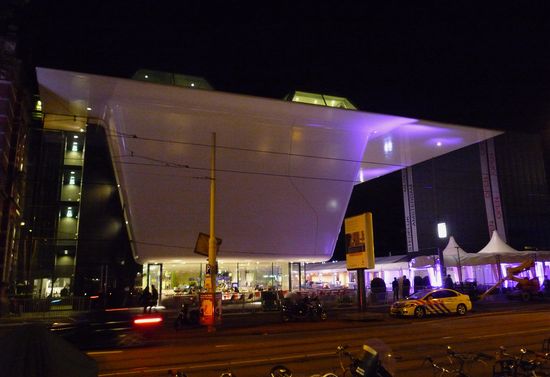 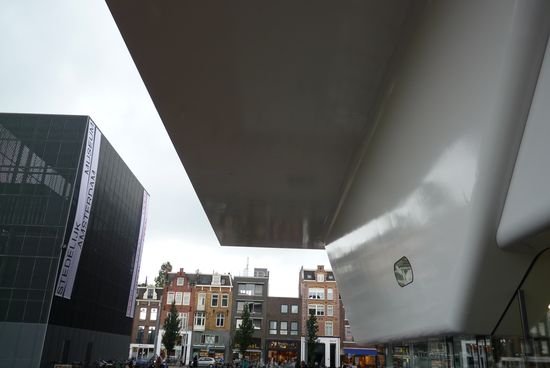 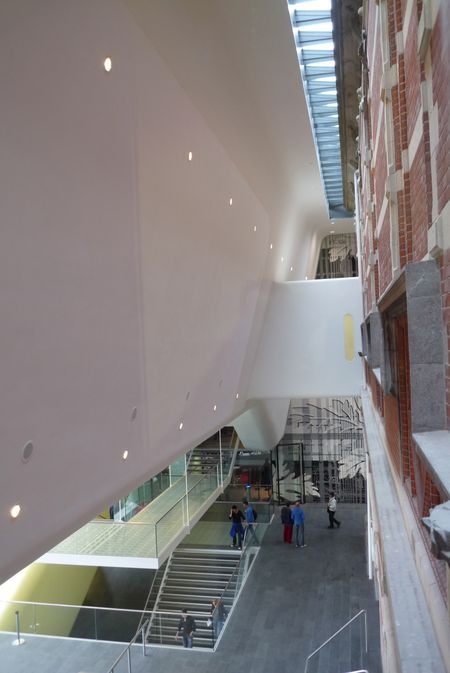 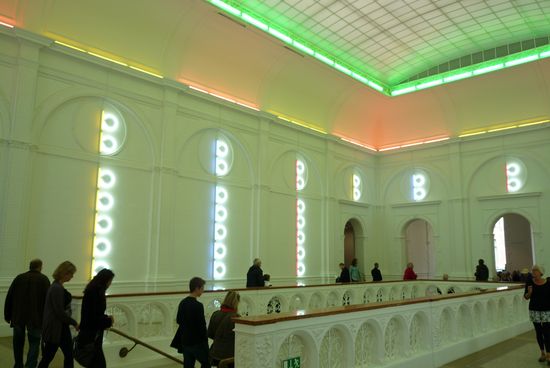 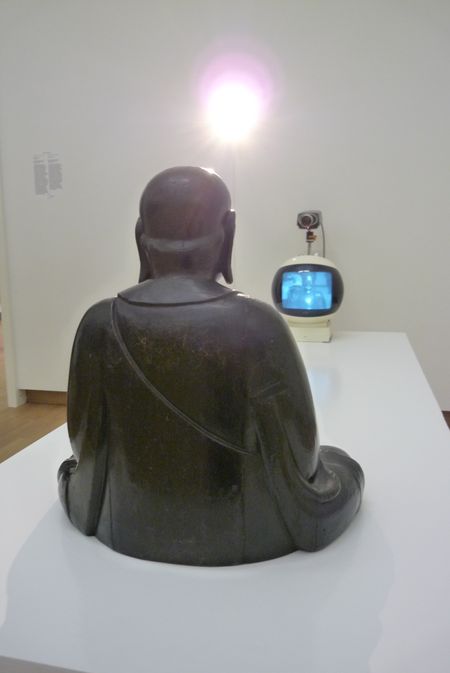 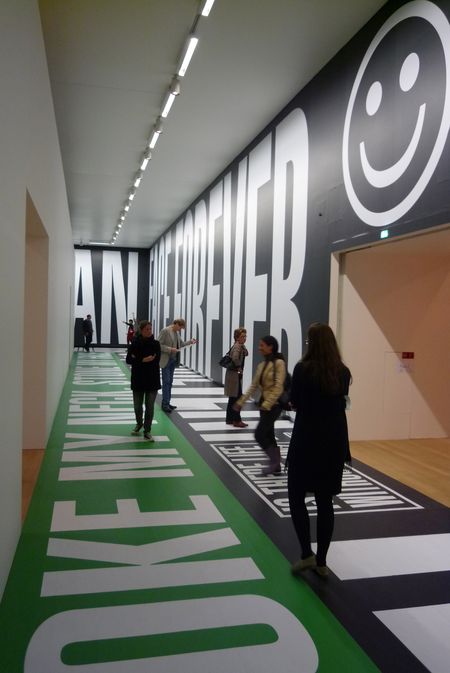 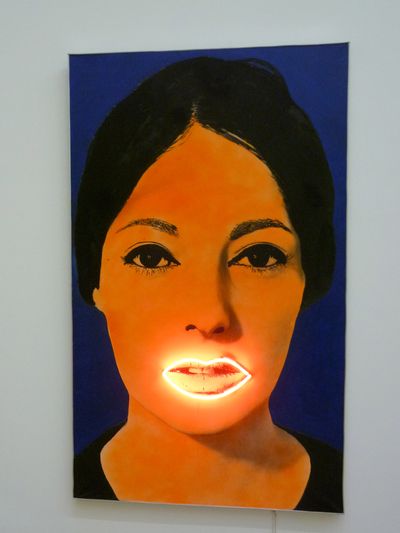 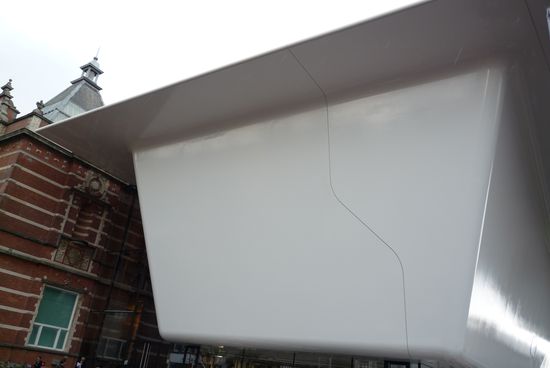 Previously on “Glenn Belverio in Amsterdam”:

My stay at the Lloyd Hotel

Inside Design fair & Art in Redlight at the Oude Kirke Cathedral

The Amsterdam premiere of DIANA VREELAND: THE EYE HAS TO TRAVEL