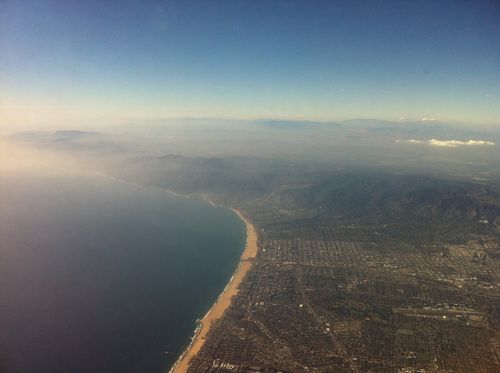 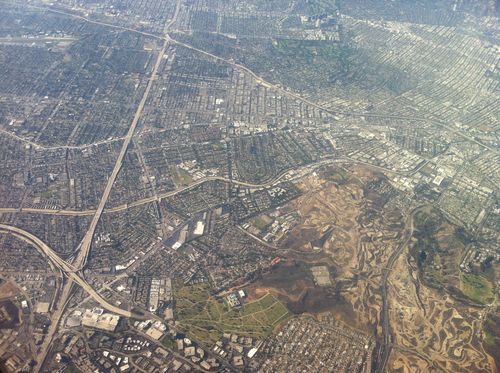 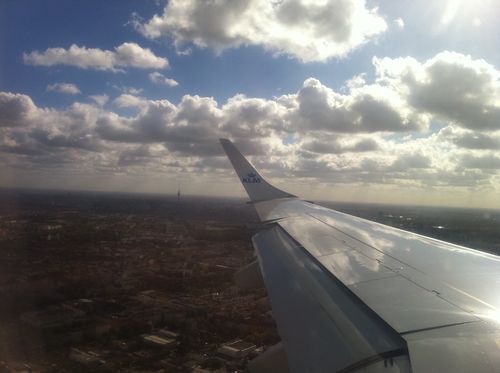 After 48 hrs of crazy travel from San Diego to LA, LA to Amsterdam, I have finally arrived back in Berlin. The past 5 months on and off in Mexico City was great and super productive, and I feel like I am returning to Europe recharged, with fresh eyes and an open mind. The pictures above which I took as I took off from LA and the last one as we landed in Berlin, is bit deceiving (notice the sunny skies in Berlin). This morning when I woke up, it was back to the grey and cold which Berlin is know for.

In celebration of my return, I have included a link below to LEGENDARY SIN CITES, a CBC's 3 part series which chronicles Paris, Berlin, and Shanghai of 1920's and 30s. This clip features a segment on Berlin. Enjoy.

Thank you to Sharon Gault for showing this to me years ago on the set of MAVU and David LaChapelle.