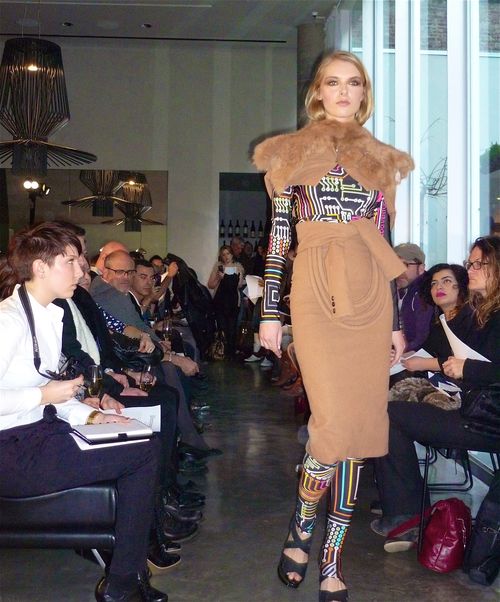 I'm usually too busy to attend shows in New York but of course I made some time yesterday to check out some emerging Brazilian designers at the Hotel Americano. I was invited by ABIT (the Brazilian Association for the Textile Apparel Industry) who were one of my hosts at Fashion Rio in Rio de Janeiro a few weeks ago.

This showcase of Brazilian designers is part of the Ponto Zero Project, which was conceived in 2008. It's an annual contest that takes a group of aspiring designers and pairs them with experts in the fashion industry in order to nurture and develop the designer's collection. (A seemingly saner version of "Launch My Line" essentially.) The finalists participate in Mercado Mundo Mix, a multicultural event that takes place in Brazil and Portugal.

This was the first time the Ponto Zero Project was staged in New York. I'm sure it's just the beginning of a Brazilian fashion invasion from this creative and economic powerhouse of a country. (Brazil's fashion industry is the second largest employer among the manufacturing industries, with 30,000 companies and 1.7 million workers, 75% of whom are women. Not as big as China's industry, I'm sure, but Brazil doesn't utilize forced labor camps that foster sleep deprivation and suicide.) 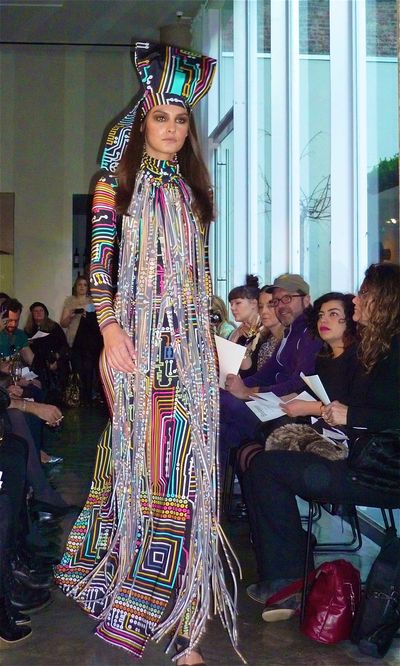 Arnaldo Ventura's collection was inspired by his travels through Japan, China, Mongolia, Turkey and Egypt. His pieces were deconstructed and then reconstructed, yielding unexpected shapes and volumes with an oriental touch. For me, it worked best when the vibant prints were toned down and made modern with the simple chic of beige and a decadent fur bolero (top photo). 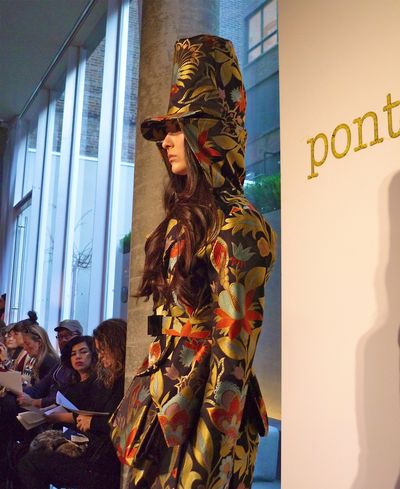 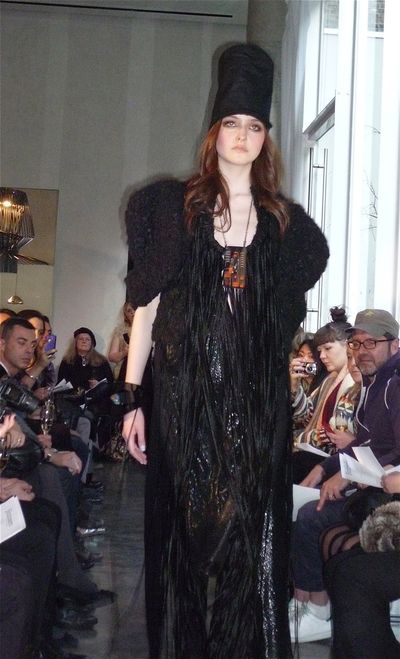 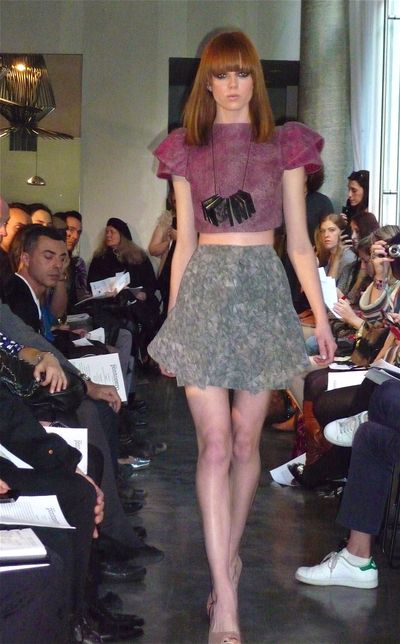 Lucas Devitte and Isadora Zendron showed a collection whose inception began with research on the influence of technology in wars. "In addition to traditional fabrics, we also used 'military covers,' which provide that unusual aspect and the inherent stiffness of some garments," explain the designers. The idea of bulletproof garments was invoked with thick fabrics like helanca and chamois. I wish the U.S. military budget was being spent on clothing like this instead of drones and missiles aimed at starving third-world women and children! 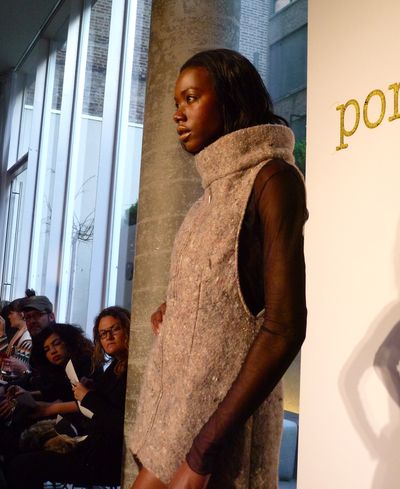 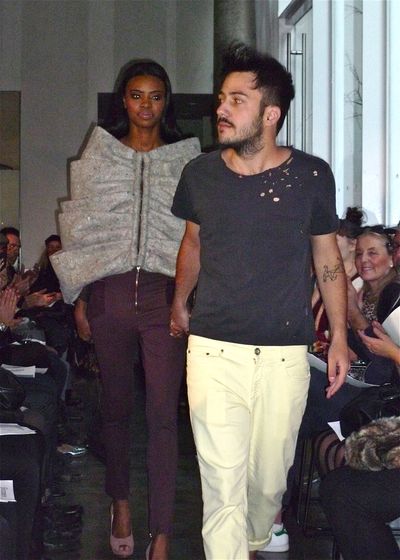 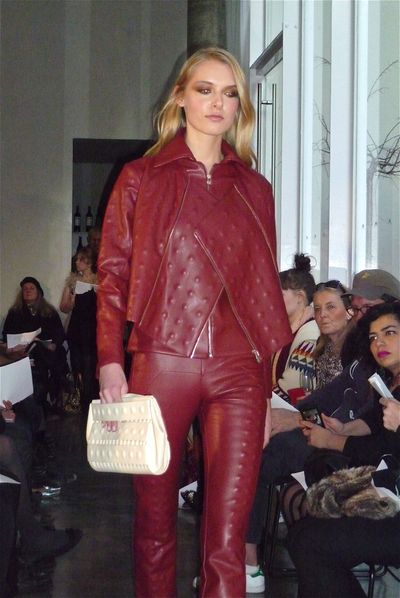 Cynthia Hayashi employed eco leather that featured interesting raised textures which I thought was very sexy. The ten looks she showed were from the collection that won on Projeto Fashion–the Brazilian versioin of Project Runway. 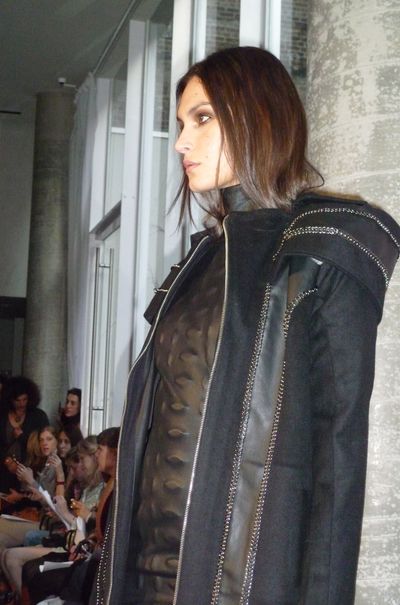 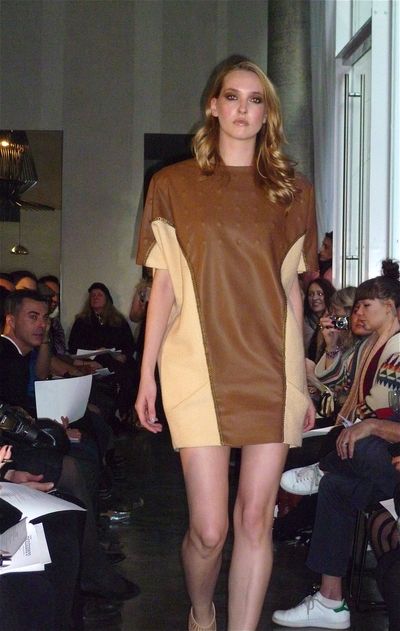 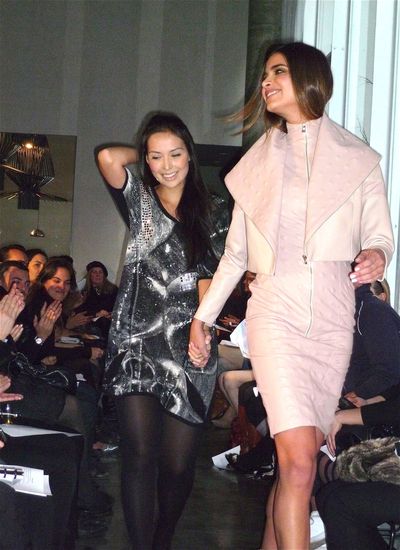 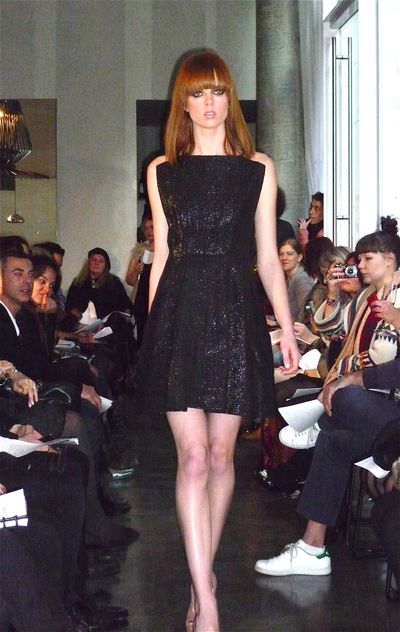 Gabriela Sakate was inspired by the architecture, rich details and lumonisity of the city of Paris. I liked this sparkly little black dress and I really loved the model. (All of the models in the overall presentation were fantastic, really. Also great to see so many gorgeous African-American girls.) 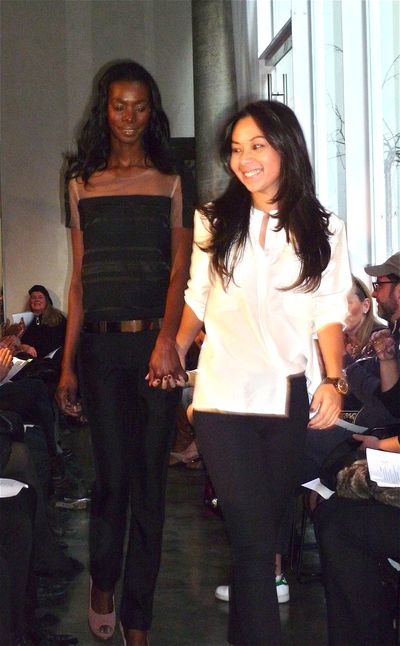