Indiewire just released an article of most anticipated foreign-language films of 2012. Among this list, Carlos Reygadas (who I selected to join our ODR project in Beijing) new film POST TENEBRAS LUX, is mentioned.  Carlos was introduced to me by my good friend in Mexico, production designer Alisarine Ducolomb, but over the years during my many trips to Mexico, despite email conversation and several failed attempts, we never seem to have been able to meet face to face.  Last year I found out that another good friend of mine in Mexico was working with Carlos on PTL. She was never very clear about what it was that she was "doing" on the film and so I assumed that she was working on the production. When I arrived in Dec to Mexico City and met this friend, I found out that she was actually going to be in the film, which I thought was interesting, as this was her first time acting (Carlos is know for using non trained actors in his films). Close to Christmas time, I was invited by this friend to the posada (Christmas party) of Carlos production company, which we attended. I met Carlos and his lovely wife Natalia whom is an editor. While talking to Carlos I mentioned that I thought it was great that my friend would be in his film and I was excited to see her debut in the cinema. To my surprise, he told me not only was she in the film, but that she was the star of the film and she gave a great performance. I am really looking forward to seeing this move and cant wait to see my friend debut performance.

Hopefully in the coming months I will be able to bring some more info about the film to you all. 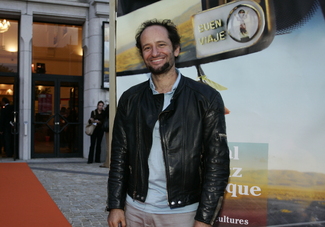 "Post Tenebras Lux" – dir. Carlos Reygadas – Mexico
Synopsis: Described as an expressionist painting, this will be a semi-autobiographical tale about the director's feelings, memories, dreams, hopes and fears.

What You Need To Know: If there's any director who should be set free of structural shackles, it has to be Carlos Reygadas. His signature loose narratives always allowed him to really explore the small and the weird, so with even less of a narrative structure form and coming from what seems to be a deep personal well, his latest film, "Post Tenebras Lux," should prove to be a true work of art. Coming off the incredible Cannes Jury prize winner and Martin Scorsese favorite, "Silent Light," there are plenty of reasons to be excited for his one. A holdover from last year's list, the film definitively went before cameras last fall, so we should end up seeing it before 2012 is out.

When? Cannes feels a tad early, although we're sure organizers will want him. Venice might be more likely. "

If you are not familiar with Carlos work I highly recommend you check it out. Here are some trailers below.

You can read more about Indie Wire most anticipated foeign-language films here.