I recently visited Los Angeles based designer Jasmin Shokrian at her beautiful atelier, a converted ballet studio, in West Hollywood. As I walked up the stairs, Jasmin greeted me with a serious glance which was quickly followed by her warm smile and X-rated voice. I had been fortunate enough to see her recent film during style.com's video fashion week a few weeks prior as well a glowing review by Maya Singer about the latest collection for her Draft 17 label. I was excited to hear more about the collection and her point of view as a designer. 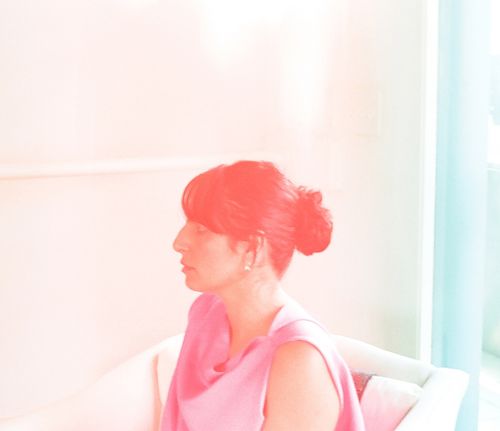 Jasmin spoke to me about her ideas after a small snack of figs and cheese, "Draft 17's Spring/Summer 2012 collection is about a Russian Constructivist's house after the roof has been blown off and everything in it stays frozen in time. There is an idea about vibrant memory juxtaposed with the present moment which is washed out and sun bleached. I keep imagining an aerial view of the house and all its contents frozen in time…" 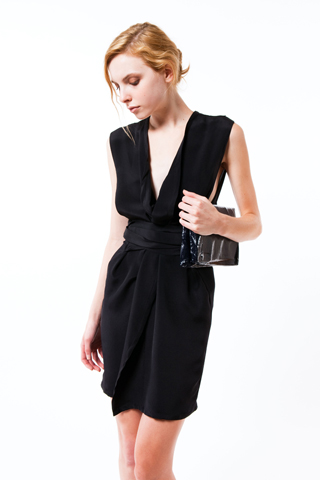 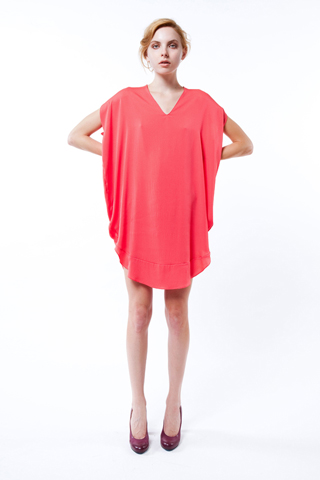 "I basically took inspiration from artists and poets and architects that I really like from the Constructivist movement and thought about their work and how they could inform the shapes of the clothes." 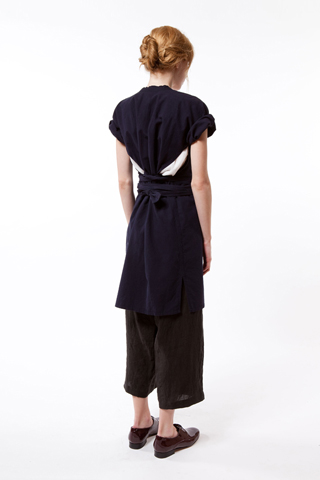 "The film is basically more of a mood or visual response to this idea of being in the air, slow motion, lightness, and being frozen in time. It was shot by Erik Madigan Heck." 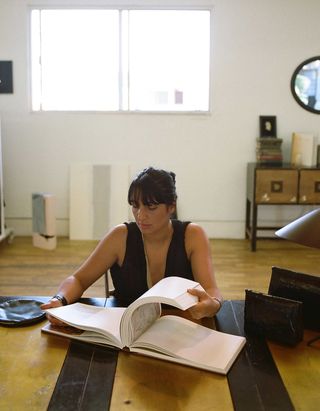 "I think it's is great that mediums are merging. Right now the burst of Fashion Films feel like mini commercials. And I love that we are turning to a new way of sharing ideas. When I made my first fashion film ten years ago, it felt so odd. It was not precious. It was easy. I also love that we can see a designer through another perspective conceptually."

After speaking with Jasmin for only a short while it is clear that a great deal of her inspiration comes from the art world. A quick glance around her studio reveals work by Claes Oldenburg, Mark Borthwick, and many sculptures by Sean Brian McDonald. The sculptures by McDonald have a strong relationship with Jasmin's clothing in the studio. It kind of seems like they are actually speaking with one another. "What else besides the Constructivist movement is inspiring you nowadays?" 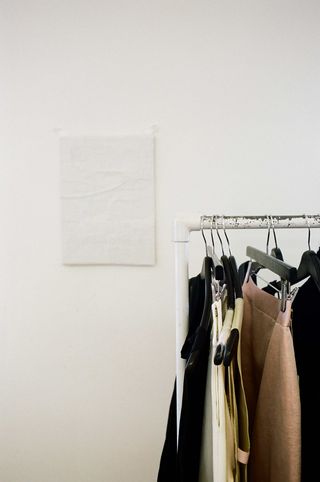 "I love visiting my artist friends' studios, I enjoy decorating my new apartment, and carefully selecting what graces its walls. I have also been looking at turbans, I had a conversation recently with an artist who said she wants to make them. I could not help but think of a constructed turban in a chalky coral peach color. A friend of mine, wears lipstick that color too. Since I dont really do much print, I really enjoy creating palettes that are a bit off. In my Spring collection there is this peach color I ended up using. It was very difficult for me to use at first. It was like an accident I could not help looking at. I made one dress in it, Then I could not stop. I wanted the entire collection to be that." 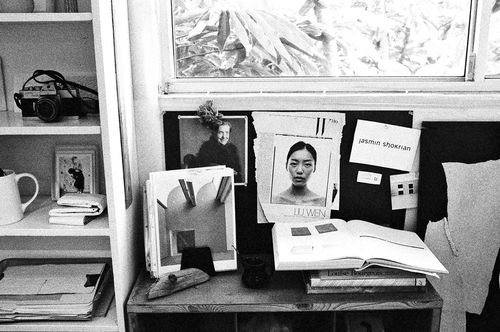 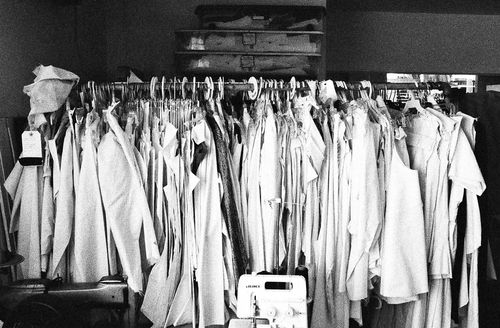 I am so happy Jasmin lives in LA. I love seeing her around town, I love her work, and I especially love the strong shapes she puts into our often too dreamy Los Angeles landscape. I know she was been worn by the likes of Michelle Obama, but I am curious where she wants her clothes to be and who she wants wearing them. 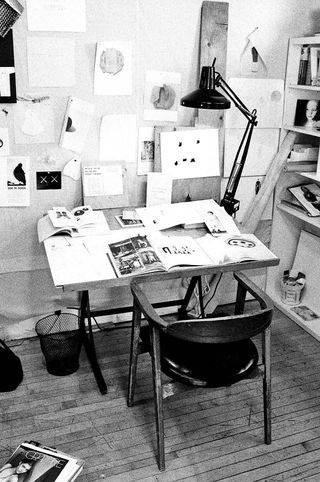 "I want my clothes to remain in closets of the women who are not afraid. I also want them to make their way in to the closets of women who want to feel comfortable and at ease with who they are. It would be great to do that for men too, someday. Honestly though, it's so inspiring to see anyone wearing my clothes. To know that something we made in my studio has made its way in to someone's closet. That it traveled from us to you, and that in the morning, or evening, you choose to put it on. That said, I wouldn't mind seeing something of mine on Rinko Kikuchi.

As I leave Jasmin mentions to me that in a few months she will be celebrating 10 years in the business and launching a new online gallery. I look forward to checking back in with her as the date approaches.