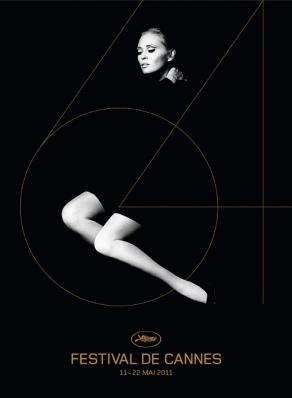 Fashion photograph turned director Jerry Schatzberg's stunning image of Faye Dunawy has been chosen for the 2011 Cannes film festival offical poster (see press release here). I found an interview with Schatzberg in which he talks about how his relationship with Dunaway began as well as shows clips from some of his films. A remastered version of Schatzbergs and Dunaways 1970 film PUZZLE OF A DOWNFALL CHILD will be screened at Cannes as well this year. Below find a trailer for his film SCARECROW staring Gene Hackman and Al Pacino.

There is also a great article on the festival site about the history of Mexican cinema which you can find here.