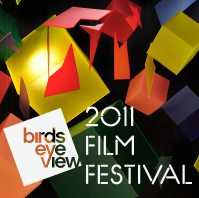 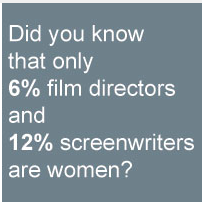 Last night Martina and I went to the BFI to attend the Fashion Loves Film: Art & Commerce? event at BIRDS EYE FESTIVAL which celebrates woman in film making to support fellow ASVOFF 1 MINUTE LIGHT SERIES friend and fashion film director Elisha Smith-Leverock, Japanese filmmaker Sayaka Maruyama, and panel member writer and Dazed and Confused Arts contributor Francesca Gavin. The event showcased woman in fashion film and screened a selection of films curated by Kathryn Ferguson who was also the mediator of the panel discussion following the screening. It was great to see the work of friends and the other films in the festival as well as hear the panel discussion. The surprise for me of the evening was discovering the work of Katerina Jebb who showed her piece Projection Simulacrum & Hyperbole and provided a very different point of view on the panel as she is a filmmaker who does not work in fashion in fact much of her work is commentary on consumer culture which much of fashion industry is based on. The still above of Tilda is from her piece.

After the screening we all had a drink at the bar where Elisha and Martina and I discussed the screening. I also chatted with panel member and fellow East Coster, British Vogue Art Director and Test Magazine creator Jamie Perlman about Test and BV ipad app. I congratulated Kathryn Ferguson on the evening and we talked about Anger for a bit (who she said she is a big fan of) as his Missoni film from last year came up in the panel discussion regarding how much of the content in fashion films are the filmmakers ideas and how much of the films are the clients requests. Good question. BIRDS EYE FESTIVAL is on through March 17th and you can find the schedule of upcoming screening here.

They would not allow photography inside the theater, so I have included some pics from of South Bank Centre from the Themes and some other random pics from the night. For more on the panel and event check out British Vogue coverage here 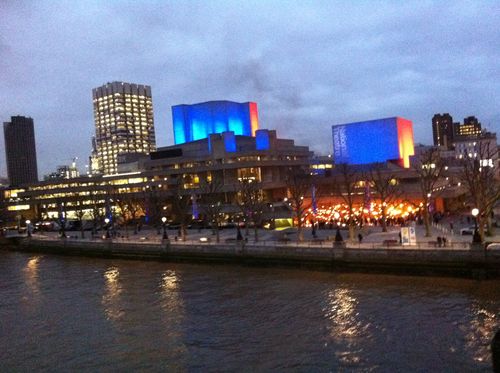