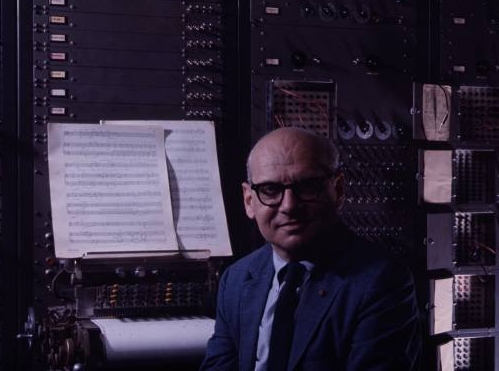 Milton Babbitt, Professor of Music at Princeton University, also has been a member of the faculties of the Salzburg Seminar in American Studies, The Berkshire Music Center (Tanglewood), and the Princeton Seminar in Advanced Musical Studies. His honors include a Joseph Barnes Prize, a New York Music Critics' Circle Citation, an Award of the National Institute of Arts and Letters, and a Guggenheim Fellowship. He is a member of the Committee of Direction of the Electronic Music Center of Columbia and Princeton Universities.

MORE ABOUT COMPOSITION FOR 12 INSTRUMENTS

Completed in 1948, this is one of Babbitt's earliest works in which the formation and transformation principles of the 12-tone pitch class system were applied to other musical dimensions, particularly the temporal. Other pieces notable for the same reason are his "Three Compositions for Piano" and "Composition for Four Instruments." Although in a single movement, "Composition for 12 instruments" divides obviously and externally into two sections, which are complimentary insofar as the explicitly presented materials of one function as the source material for the other.