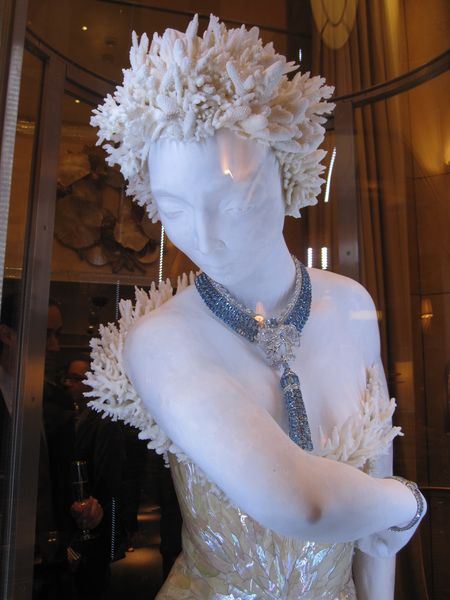 Last night venerated jewelers Van Cleef & Arpels feted Douglas Little's displays for their holiday windows. The Champagne-soaked soiree featured divoon lobster, caviar and roast beef canapes and ambient music that sounded like it was being piped in from the lost city of Atlantis. 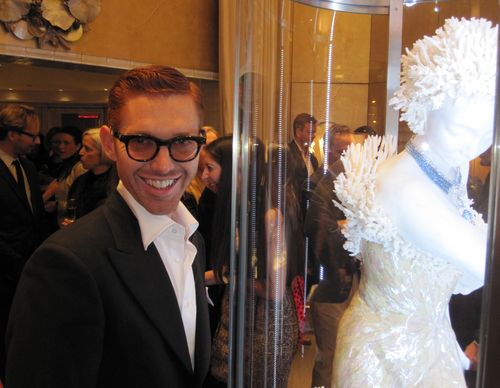 I chatted with Douglas Little (above) about his concept for the windows and indoor displays. When the creative director had asked him what his ideas were, Douglas told them that he has always been obsessed with Jules Verne and would love to build something around the themes from Verne's sci-fi and fantasy novels. Douglas said there "was a pause…and then the creative director said 'I don't believe this….that's exactly what we were thinking of for our theme!" Uncanny. I loved what Douglas devised for the store as I was a huge Jules Verne fan when I was a kid. (I remember reading "Voyage to the Moon" when I was 8.)

Here's a look at the windows inspired by various Verne stories: 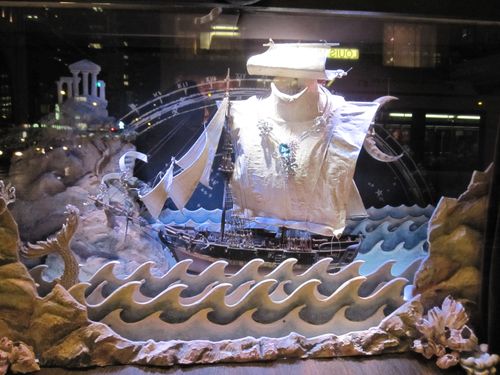 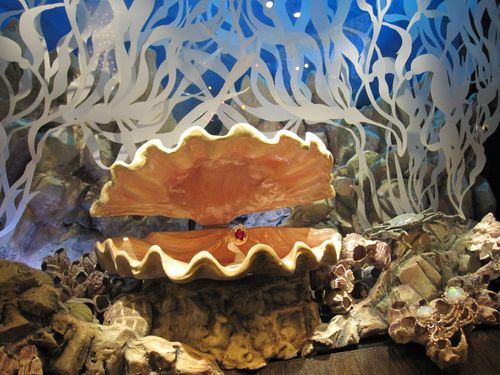 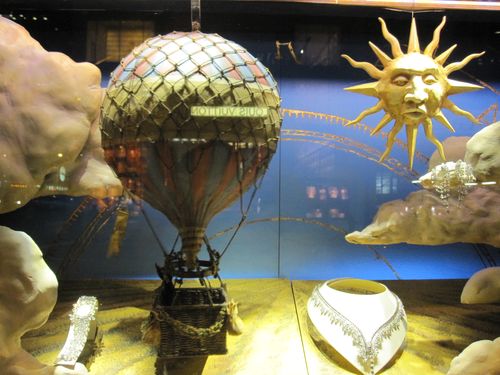 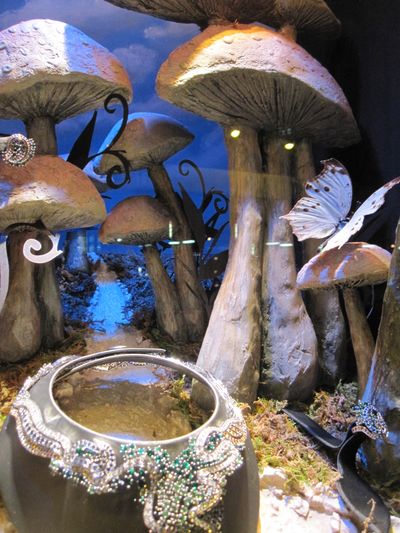 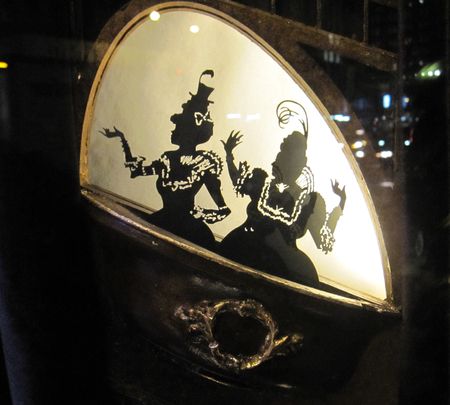 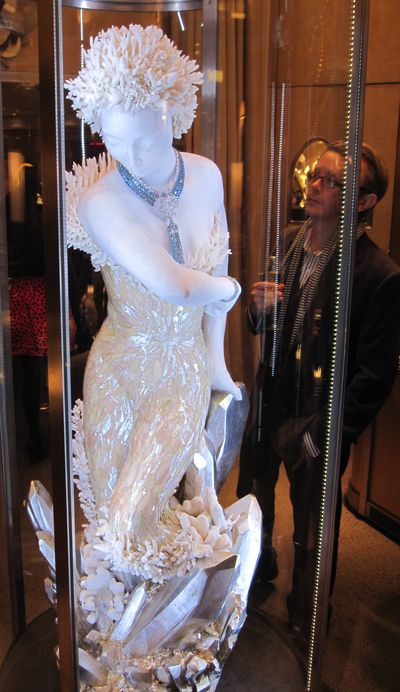 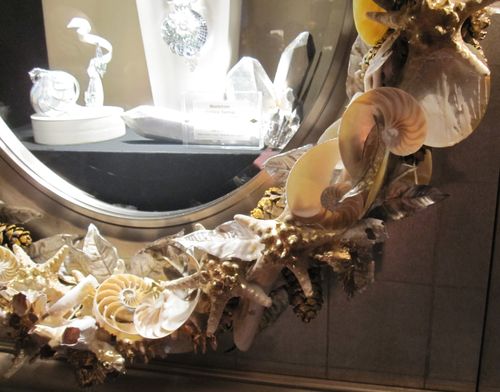 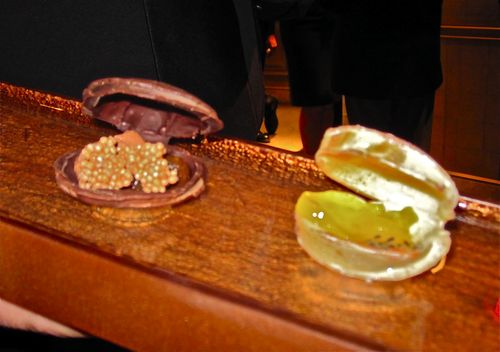 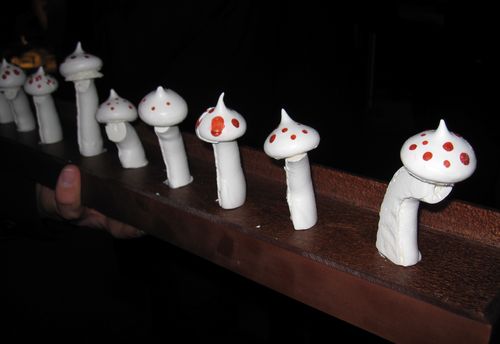 …and meringue mushrooms that referenced "Journey to the Center of the Earth." 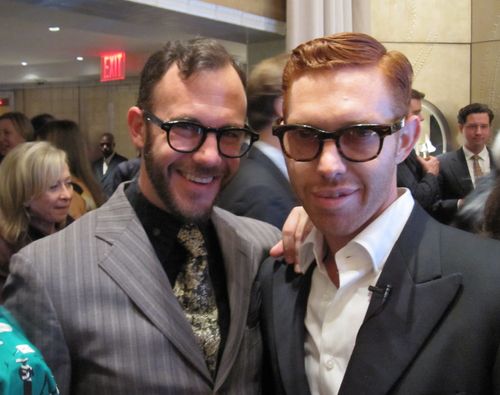 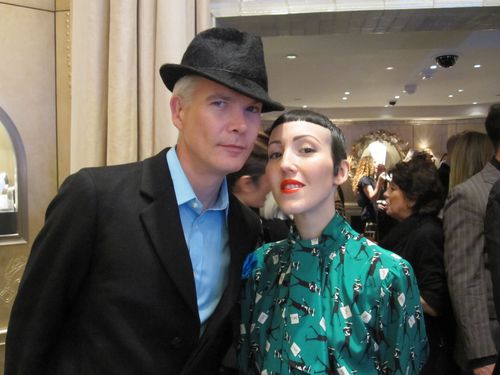 Meanwhile, next door at Bergdorf Goodman….. 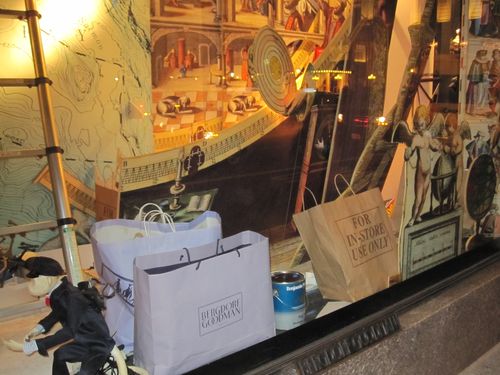 The rumor last night was that Bergdorf's heard about the Van Cleef party and rushed to get their windows done to coincide with the jewelers' party….as you can see, they weren't very successful. 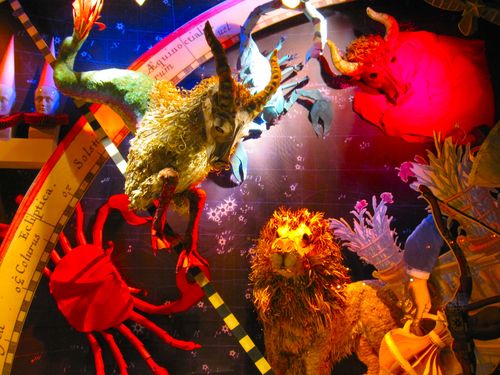 However, their zodiac-themed window was just about finished. (As a Capricorn, I appreciated the sea goat being the star of the window.)

We did a drive-by of the Barneys windows….they did a nice job with their food theme: 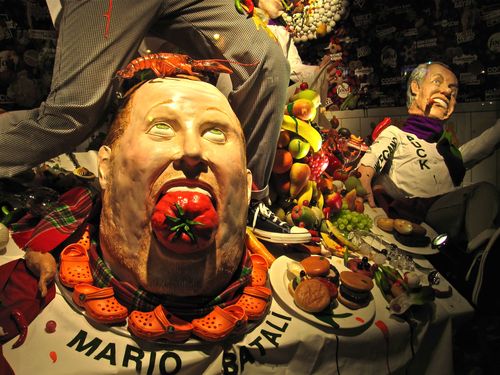 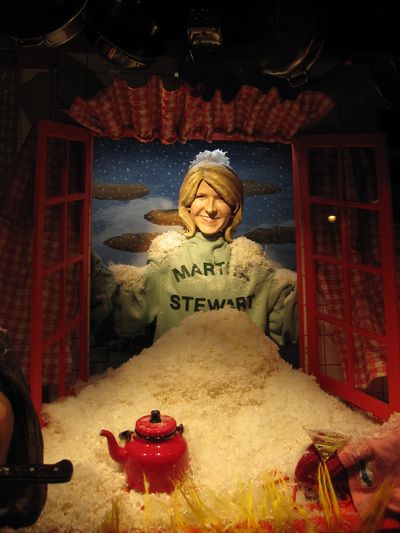 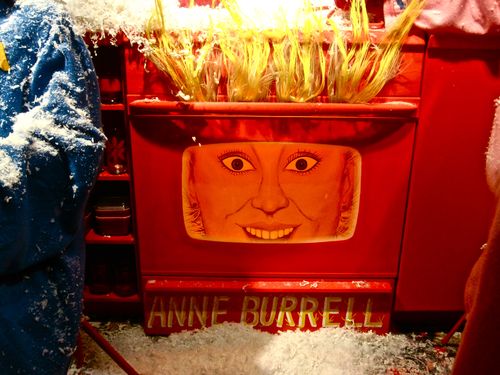 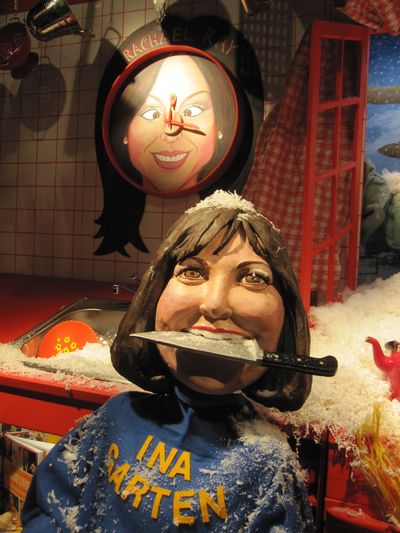 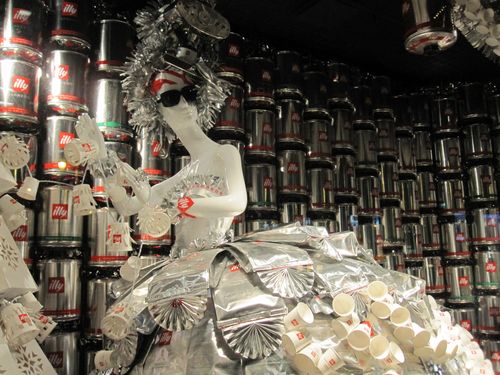 I think I need one of these for my upcoming trip to Morocco.