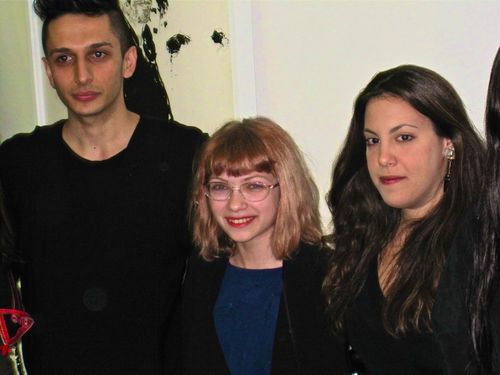 On Friday night I attended the launch party for the third Six Scents series which is the brainchild of Joseph Quartana (of Seven New York) and Kaya Sorhaindo and is sold at boutiques, museums and galleries worldwide. The new series is an exploration of intimate childhood memories involving the sense of smell and the influence of adolescence on identity. (So Tavi was a perfect choice for one of the hosts of the event.) Six designers (Alexis Mabille, Mary Katrantzou, Juun.J, Rad Hourani, N.Hoolywood and Ohne Titel) from different parts of the world teamed up with perfumers to create their limited-edition, unisex scents. A portion of the proceeds will go to War Child International in support of children who have not had the good fortune to experience the same freedom of childhood and adolescence.

For more info about Six Scents Three & to view the films about the project: http://six-scents.com 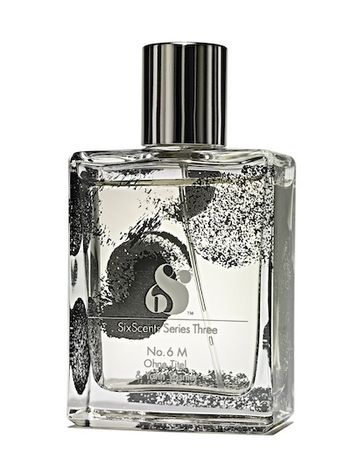 There were scent stations set up at the party and I liked Ohne Titel''s fragrance the best. (Some of the notes: cardamom absolute, cedarwood, black plum, civet, tonka beans Venezuela & 2 kinds of musk.) "I tried to recreate their attention to intricate tailoring, architecture and design, their care of detail, all these very feminine aspects using these strong and signature materials like cardamom, safraleine, and leather." – perfumer Yann Vasnier 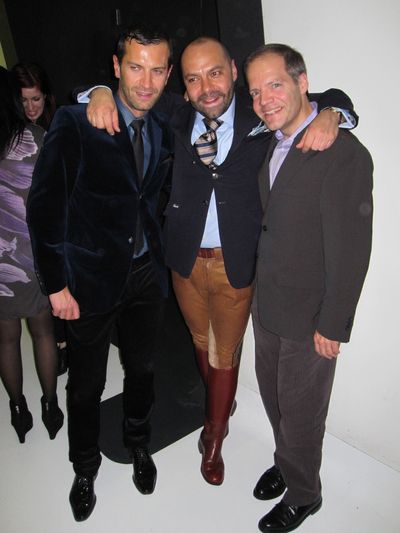 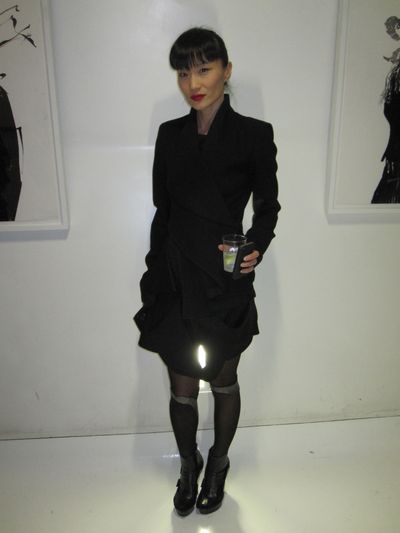 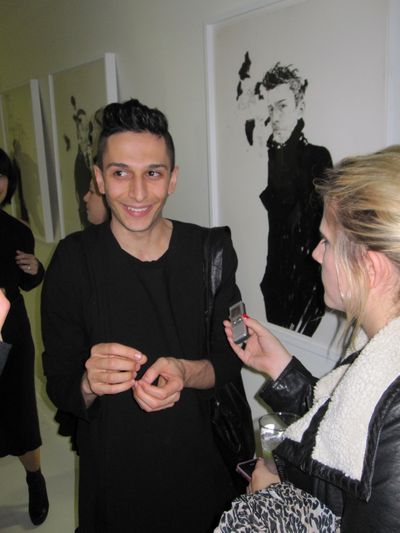 Rad Hourani's fragrance was inspired by the cycle of life. "Origin of life is expressed by a fresh accord, green and watery, like a drop of sperm. Childhood is evoked by baby powder, it's a musky and powdery scent. Midlife is expressed by a leather note, comfortable yet strong like a leather jacket. Then the end of life is symbolized by incense, not a morbid but a liturgic odor, evoking the ambiance of the churches." – perfumer Christophe Raynaud 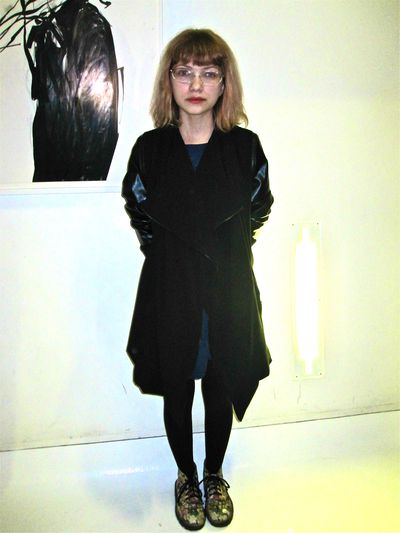 Tavi is adorable in person, like a little Raggedy Ann doll. After I read the New Yorker profile on her during my flight to Madrid in September, I was convinced that she knows more about fashion than many of-a-certain-age editors. I think in a few years she'll be an immensely successful editor or creative director. 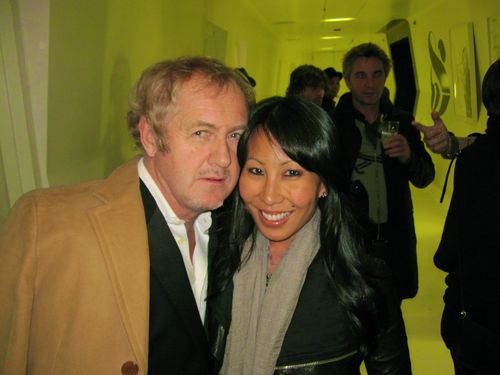 My pal Godfrey Deeny of Fashion Wire Daily & my date, Joselle Yokogawa who does the style blog Josie's House of Style.

We loved the friend's Marky Mark t-shirt. (Which reminds me, I still have a copy of the rare & legendary 1992 issue of INTERVIEW with Marky Mark on the cover shot by Bruce Weber. I think I tried to sell it on eBay a few years ago for like $700 and someone wrote to me saying "Are you kidding with that price?" I'm glad I still have it because to me it's priceless.) 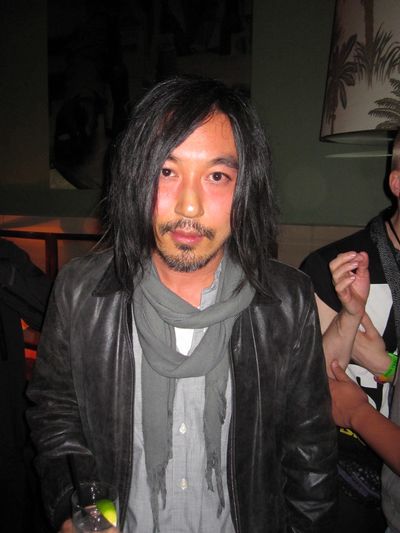 Kenzo Minami at the after party at Soho Grand.