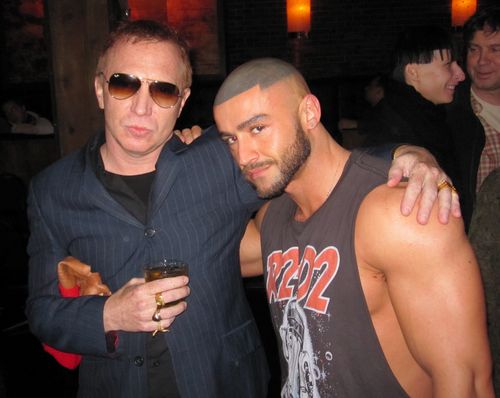 After much anticipation, New Yorkers finally got to lay their bloodshot eyeballs on L.A. ZOMBIE, the allegorical gay porno horror flick directed by my longtime Canadian pal Bruce LaBruce. Says Bruce: "The film is not for everyone. It is very challenging, very graphic. The alien zombie who is my lead character may or may not be a homeless schizophrenic, so the film obliquely addresses the current epidemic of homelessness in Los Angeles. The creature brings dead people back to life through sexual contact, resurrecting them. My film invokes and reinterprets the highly sexualized horror genre of cinema, which has been a major force in moviemaking in both Hollywood and Europe since the 1920s. It also refers to the ancient folk traditions of magic, ritual, and blood sacrifice."

My friend, the culture critic and humanities professor Camille Paglia, had this to say about the film: "In 1965, the Quebec Surrealist Jean Beno