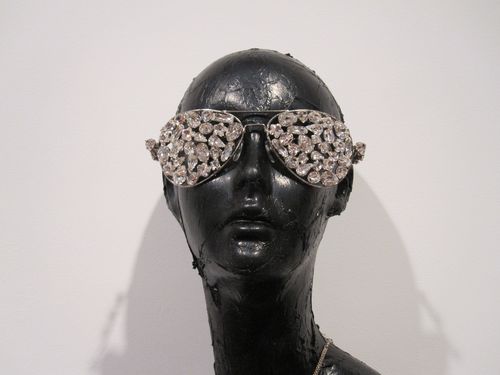 Last night the Museum of Art and Design in Columbus Circle threw a fundraising ball for the museum with a one-night art sale of metal works by artists, fashion designers and musicians. 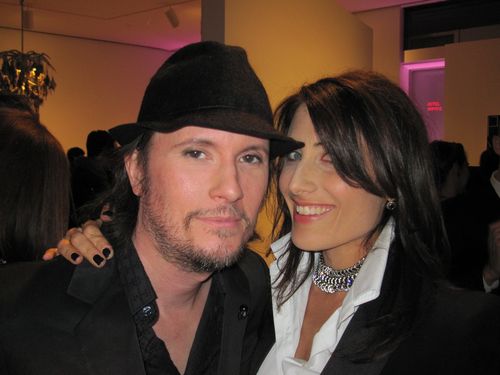 Fashion & jewelry designer Michael Schmidt and his friend the actress Lisa Edelstein. Lisa stars as Dr. Lisa Cuddy on the mega-popular TV drama HOUSE. I had a great time chatting with her. 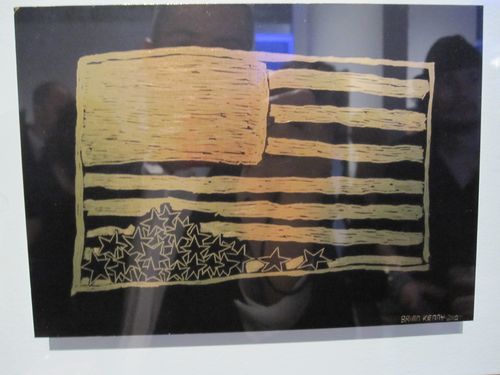 Brian Kenny's piece "Fallen Stars" – etching on gold foil scratch board. "The stars have fallen from their proud place in formation – a dramatic shift that reflects my uneasy feelings about the integrity of American power." 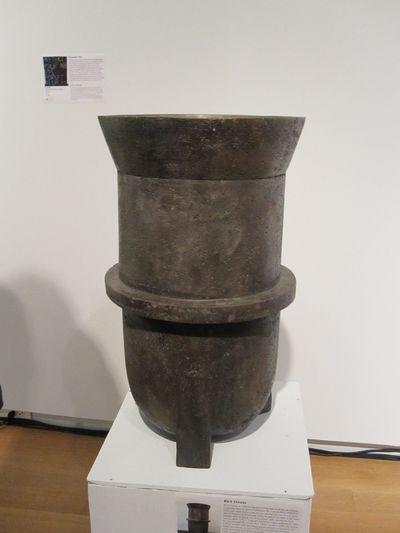 Large Bronze Urn by Rick Owens, part of an ongoing series of vessels cast in oxidized bronze in Paris. 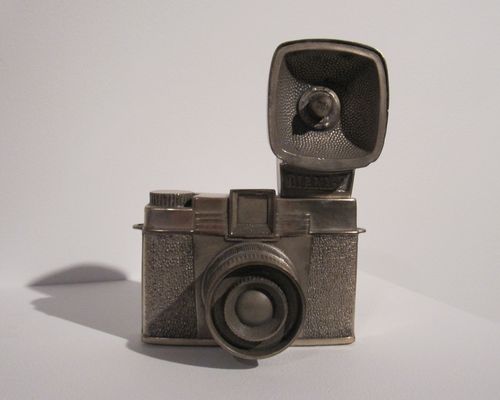 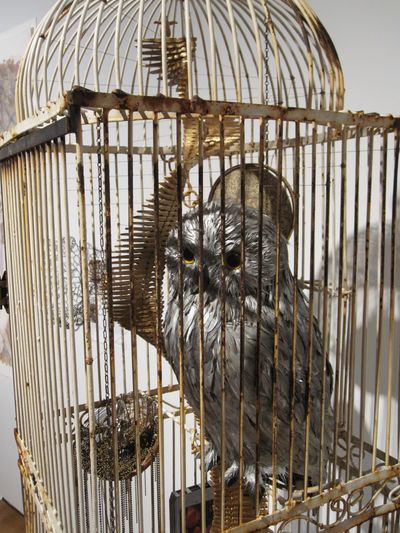 The Birdcage Keepsake Box by We Are Familia. It reminded me of the mechanized owl, Bubo in "Clash of the Titans: 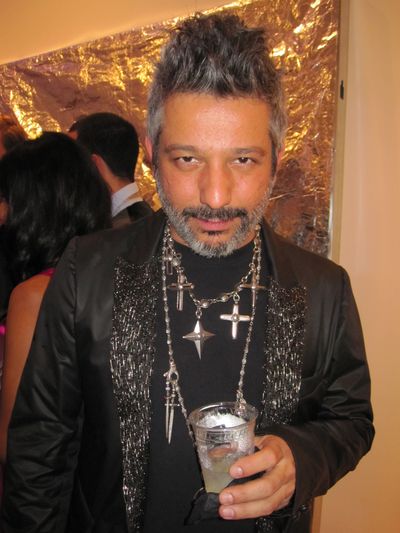 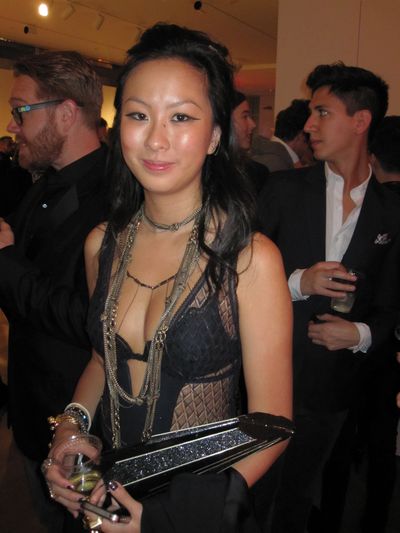 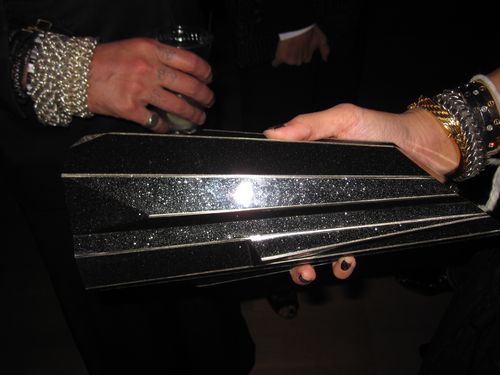 Michael Schmidt's hardware; Jen Kao's handbag of her own design. 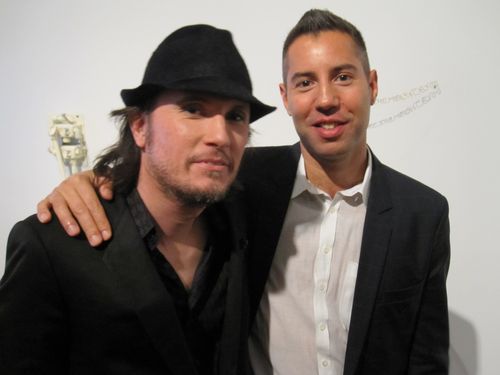 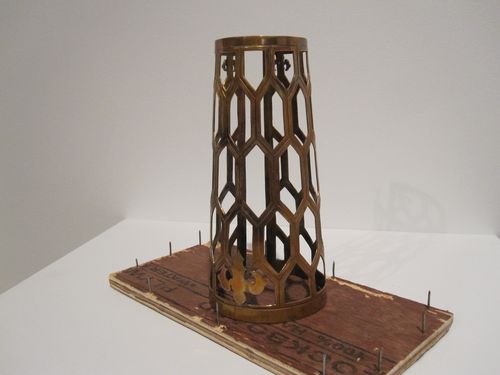 House of Waris Copper Cuff, Series One made by artisans in Rajasthan, India. 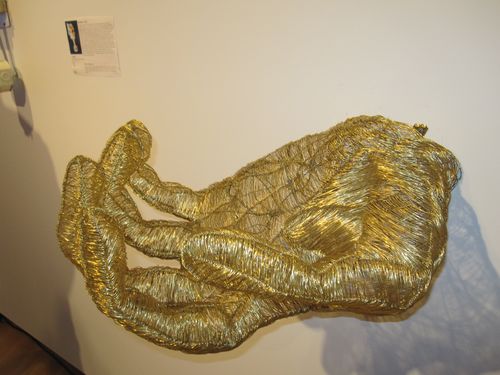 The Creation of a Metal Ball and Everything Else by Amit Greenberg (brass and galvanized steel). 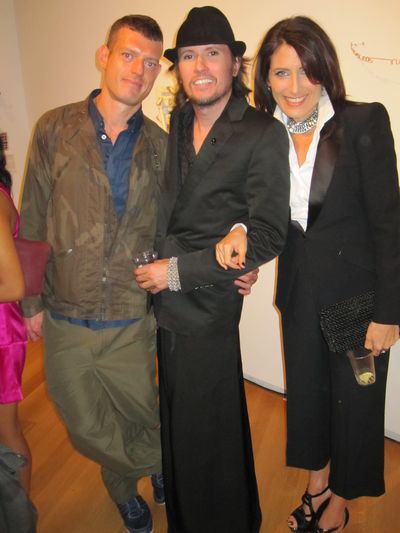 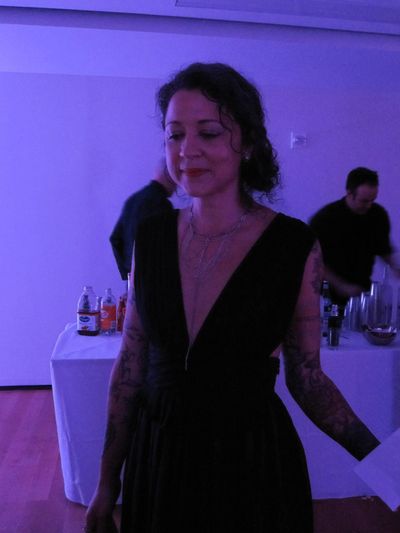 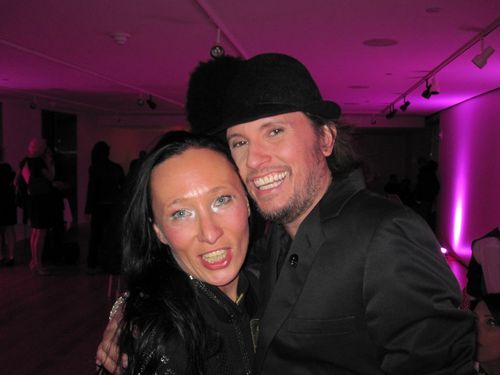 Ange of ThreeAsFour & Michael Schmidt (the Zelig of the Metalball).

I was a tad bit disappointed that no one at the party was dressed like this:

Of course, I should have worn something like this: 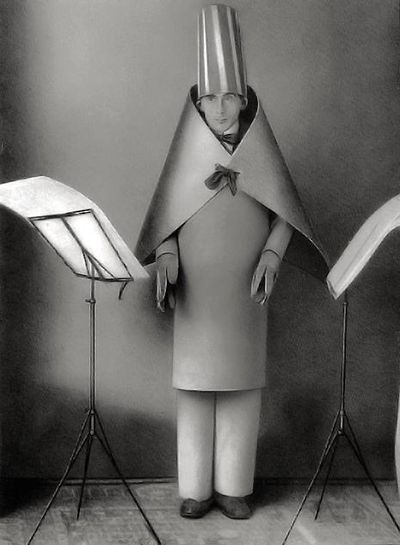 Dadaist Hugo Ball at the Cabaret Voltaire in Zurich, Switzerland

And then of course, the ultimate metal-fashion inspiration: