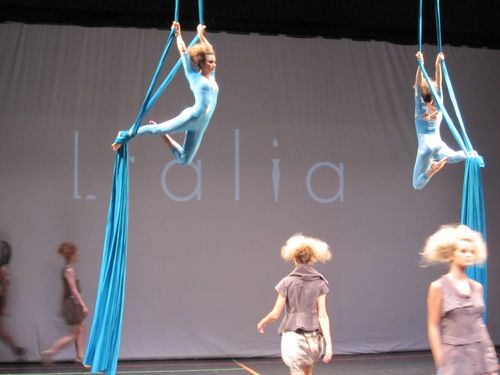 Lialia, a NYC designer influenced by the strong palettes and sharp silhouettes of Nordic design, cast acrobats as the muse for her collection: butterflies.

I'm busy packing as I'm leaving for Spain today to cover Cibeles Madrid Fashion Week (followed by MQ Vienna Fashion Week in Austria) but wanted to share with you some images of the Scandinavian invasion that took place at the Manhattan Movement and Art Center during New York Fashion Week. 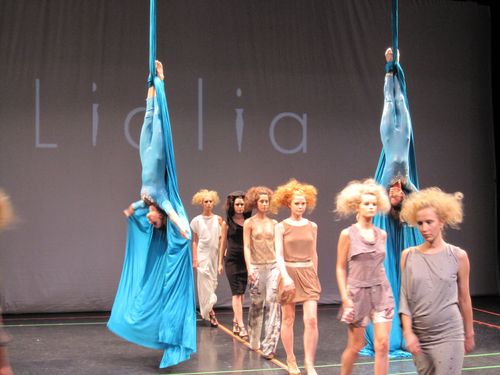 "Black is that place in your dreams, from where all color springs forth and your deepest desires are explored to let your imagination run wild." – Lialia designer, Julia Alarcon 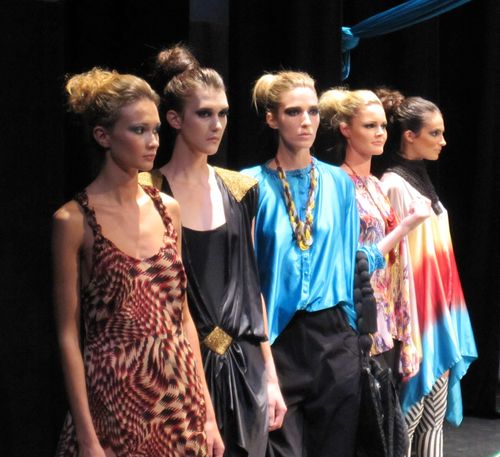 "More is more, less is a bore" is the credo of Icelandic brand Royal Extreme whose Spring 2011 collection was all about details. 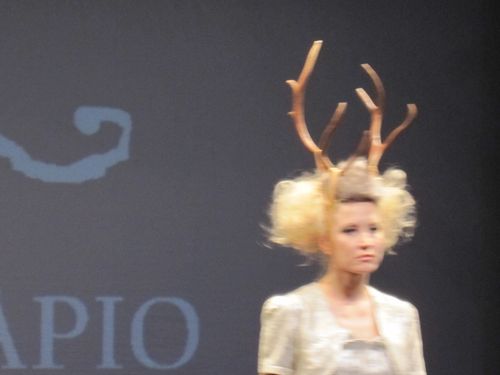 Finnish designer Tiia Vanhatapio collection, "Druidess," was inspired by the 1952 Finnish horror film "The White Deer" which involves a newlywed woman who visits a local shaman for love potions but ends up being transformed into a white reindeer vampire. Now I know where South Park got the idea for their cute, cuddly yet murderous Satan-worshipping forest creatures! 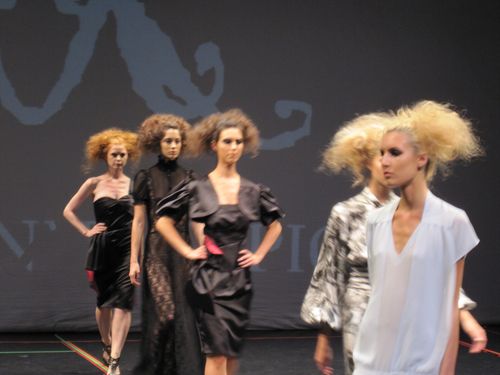 Some of Vanhatapio's looks. Jet-set goth for the pagan-ritual cocktail party circuit. 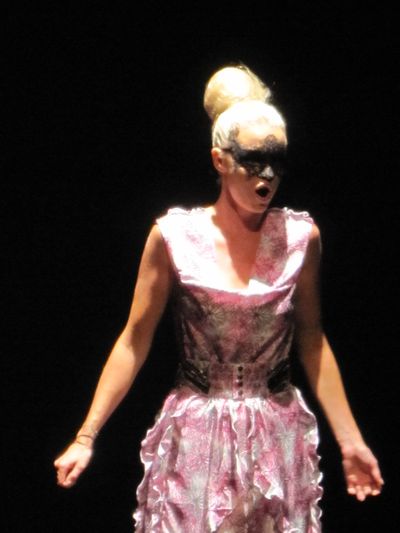 A mask-clad chanteuse belted out an aria at the start of Islaet's show. The brand hails from Copenhagen. 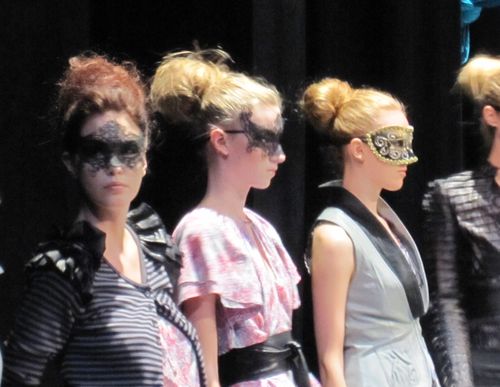 Islaet's collection is "a fusion of two worlds – the sophisticated Ivy-League day look and the liberating cool London rock evening look." I really liked the masks. 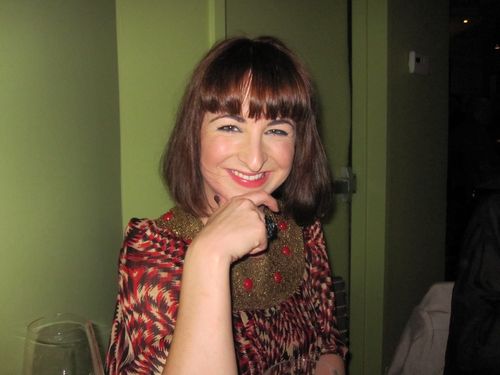 Telepan on W.69th street hosted a dinner for the Nordic designers. I sat with the lovely Una Hlin Kristjansdottir from Reykjavik, the designer of Royal Extreme. She's wearing one of her own designs. 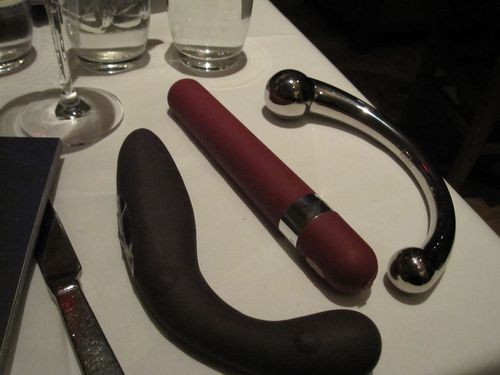 Swag consisted of Swedish sex toys which, as you can imagine, provided endless amusement throughout dinner. I almost knocked myself out with the silver one which weighs a ton. 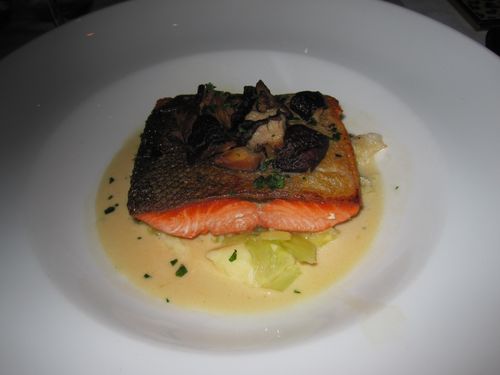 Chef Bill Telepan's food favors substance over style. He won't be catering Lady Gaga's next clambake, that's for sure. Everything was prepared with a meticulous attention to achieving a perfect balance of flavors. This salmon came with delicate cabbage leaves, porcini mushrooms, an ethereal layer of whipped potatoes, and an exquisite lobster sauce that complimented rather than upstaging the fish. It was so orgasmic that the Swedish vibrators were rendered unnecessary! 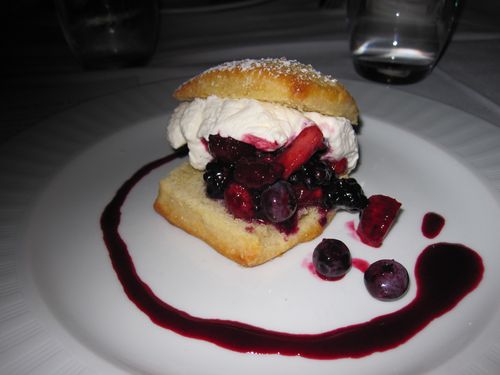 Yes, this berry shortbread dessert tasted as good as it looks. Another perfect balance of flavors with no one ingredient overpowering the others. 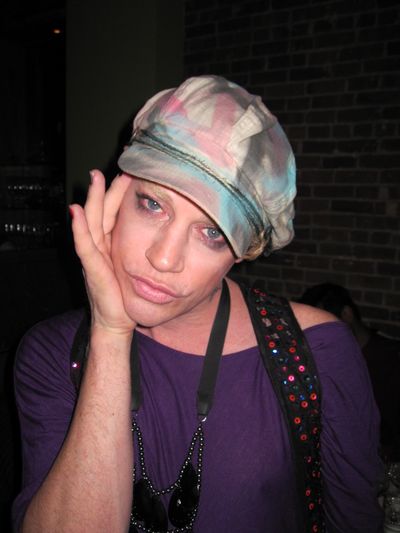 Richie Rich was briefly feted between courses. Is he Scandinavian? 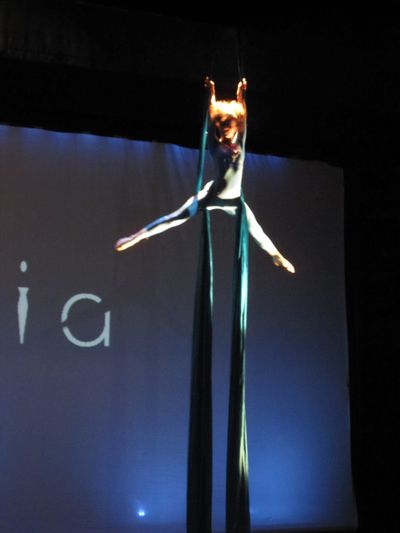