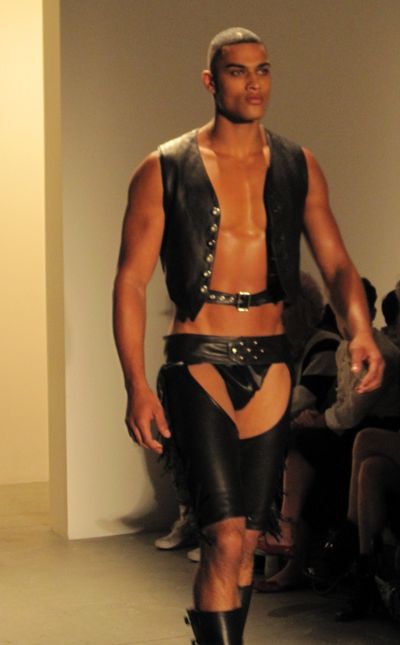 What's not to love about Jeremy Scott? He always references my favorite things–once he did a collection inspired by Diana Ross's campy Japanese fashion show in the film Mahogany–and today's show was no exception. Jeremy paid homage to late '70s/early '80s New York City: CBGBs, Debbie Harry, the film Times Square, Stephen Sprouse and William Friedkin's Cruising (or maybe it was just the Mineshaft and the Anvil). The soundtrack was a mash-up of X-Ray Spex and The Ramones. A good time was had by all. 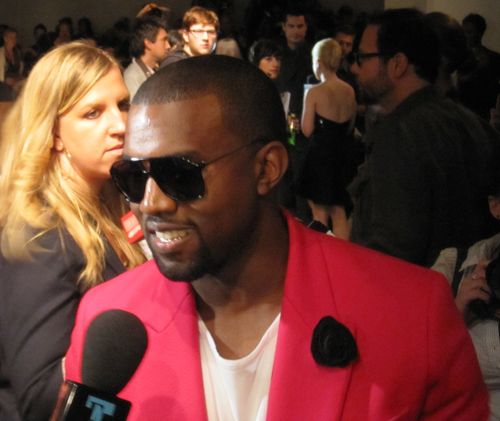 Kanye West caused a media commotion–surprise! Oh how our Kanye has grown….after watching himself viciously satirized on the South Park "Gay Fish" episode, he told the world that he was re-assessing his egocentricity. And recently he apologized to that country singer whom he rudely bum-rushed at the VMAs last year on his deliriously entertaining Twitter feed. 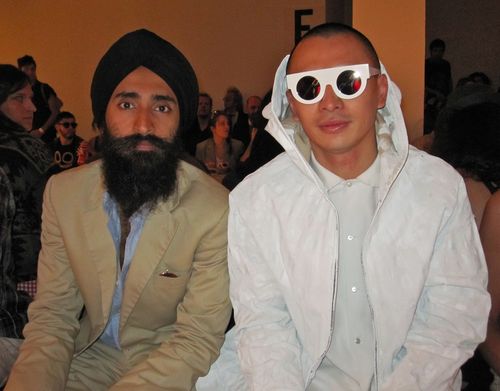 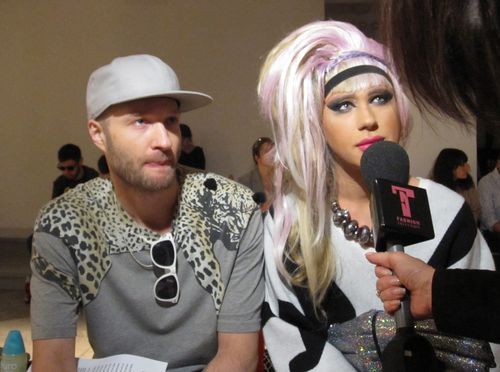 Singer Cazwell and London party queen Jodie Harsh. The video for Cazwell's "Ice Cream Truck" is the sexiest thing any of us have seen in a long time. 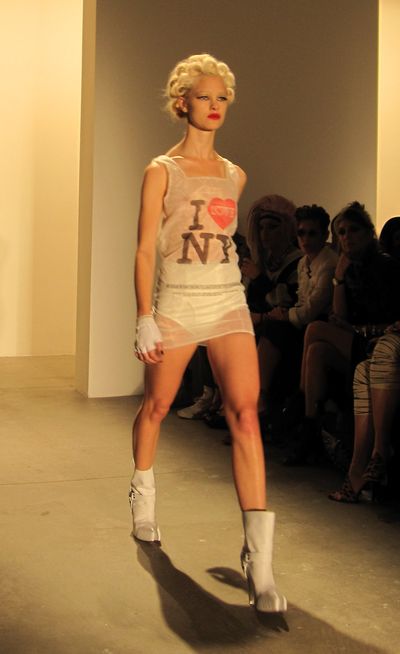 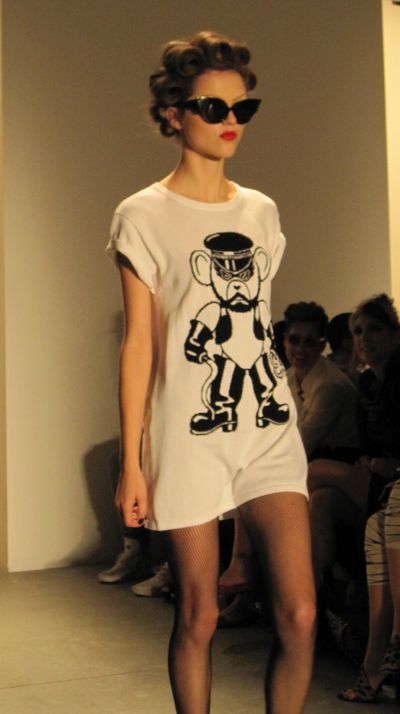 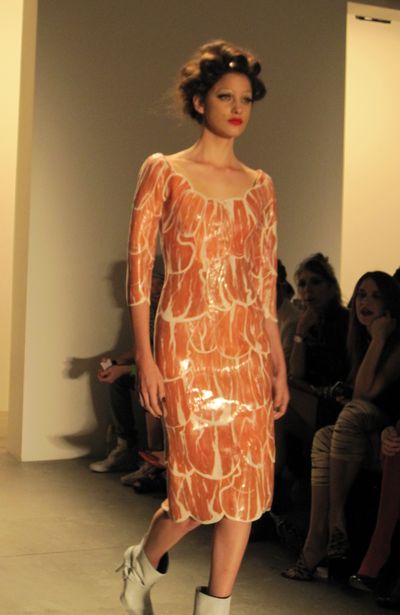 After Lady Gaga's empty gesture at the VMAs–her gratuitous, ugly, derivative, calculatingly controversial meat dress–it was a RELIEF to see something done in that vein with both a sense of humor AND a sense of chic that was not calculated to shock: a dress made out of plastic prosciutto. Brilliant! 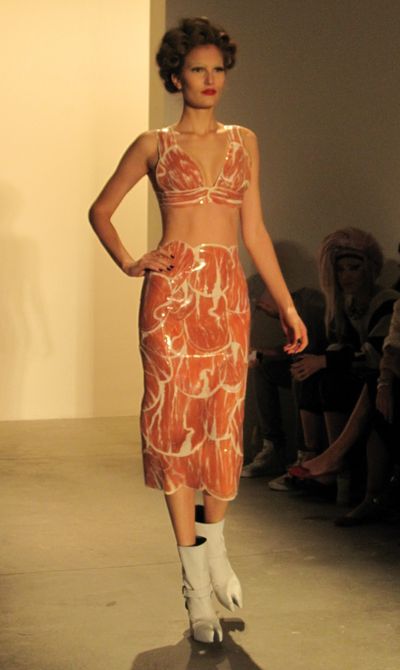 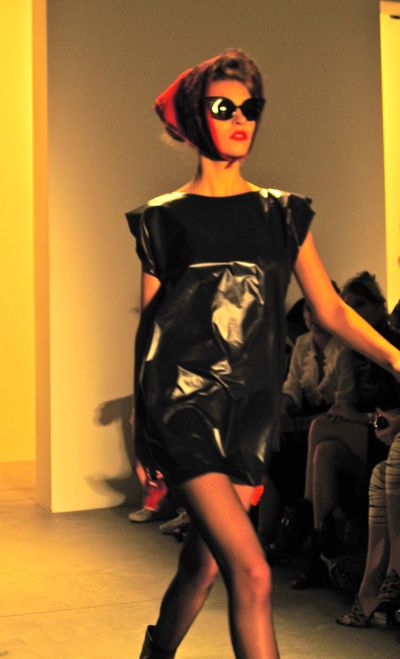 Black garbage bags were worn as dresses by the punk-rock lesbians in the 1980 film Times Square and as a coat by Debbie Harry in the music video for Blondie's "Atomic." We loved Jeremy's version!

And more looks from this terrific collection that speak for themselves…. 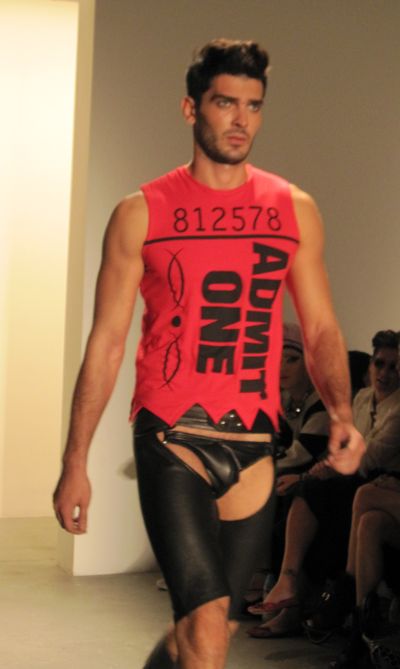 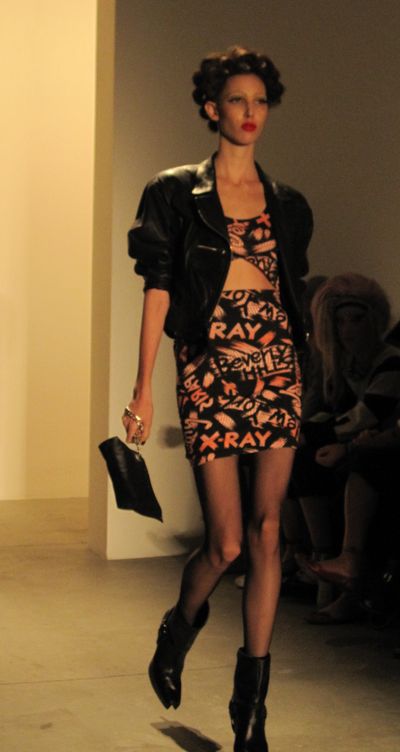 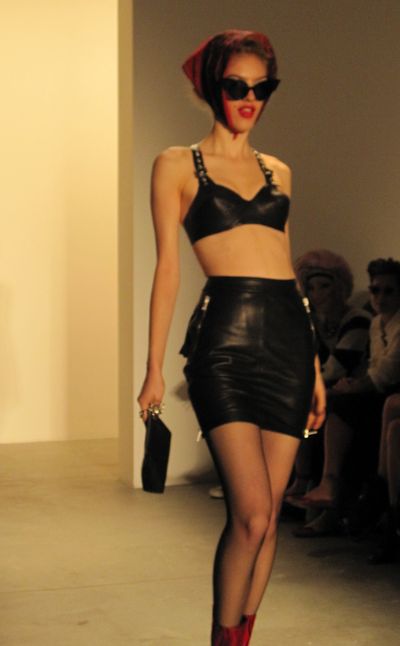 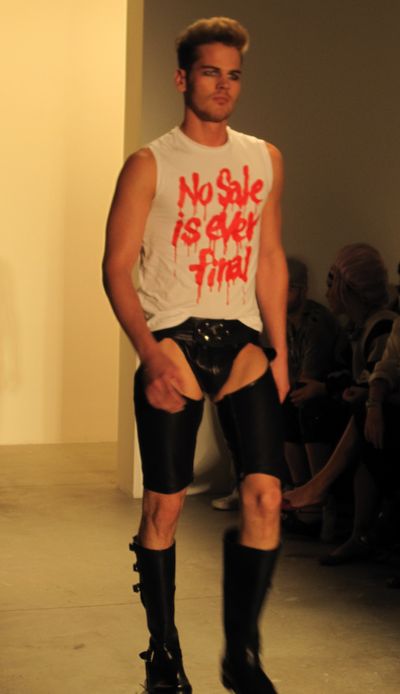 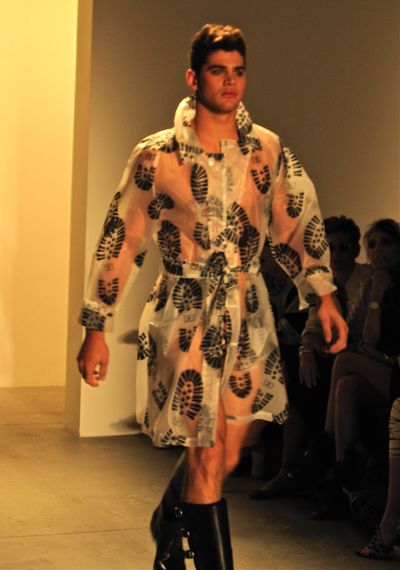 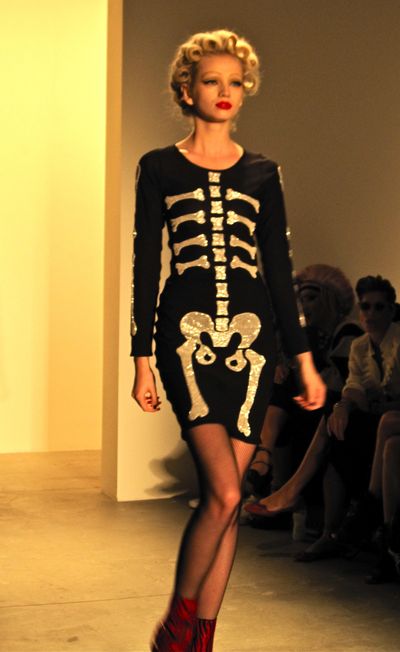 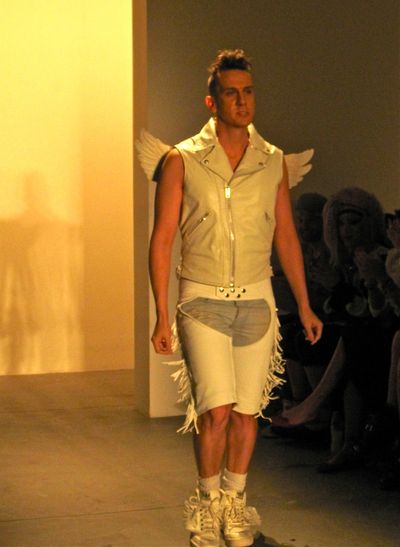