Everyone who knows me knows that I'll go all the way to Brazil or Spain for a fashion show (I leave for Madrid next Friday, followed by Vienna) but am usually too lazy/busy/jaded to drag my tuchas to a show in NYC. (I covered the shows for the NY Post, Glue, DUTCH & eLuxury from the mid-'90s to mid-'00s before becoming bored of them.) But somehow I ended up at Project Runway alumni Christian Siriano's show yesterday. I was too busy Twittering and checking out the hot guy in standing directly across from me so I don't remember the clothes all that much. (It didn't help that Paul Wilmot stuck me in the 6th row–what am I, chopped liver?) I did notice that he premiered his new line of shoes for PAYLESS making him the perfect contemporary embodiment of high-low fashion. (At a glance, the clothes seemed upscale and well-made.)

After the show I tried to beat a hasty retreat but a security guard inexplicably steered me backstage so I took a few snaps for the Shaded Audience. 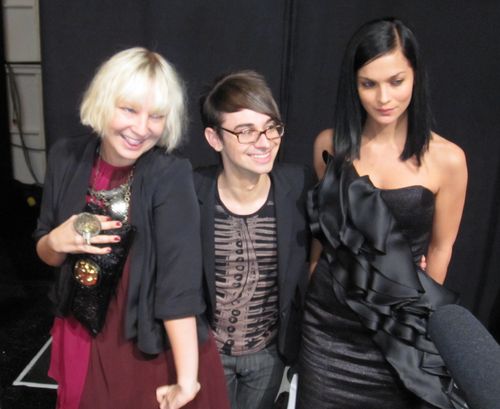 Blonde woman who I'm sure I'm supposed to know the name of, Siriano & Leigh Lezark of MisShapes. 5 years ago I was put to the task of documenting many of the MisShapes parties in my book for St. Martin's Press. (Now available in a Kindle edition for your Kindle device or iPad.) 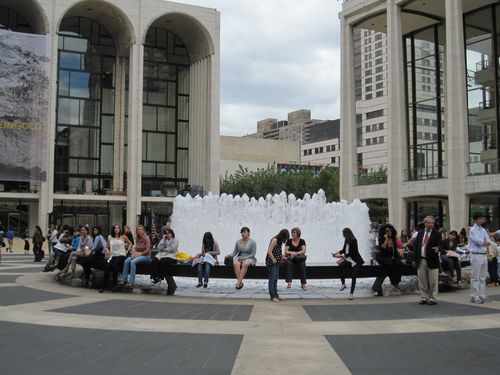 Fascinating fashion fascism: This season marks the first time the NY shows are being held at Lincoln Center where the architecture was inspired by Mussolini's Fascist suburb of EUR outside of Rome. I realized later that all those girls sitting around the fountain are celebrity stalkers. They stood outside the velvet ropes after Siriano's show wielding cameras and autograph books, god bless 'em. 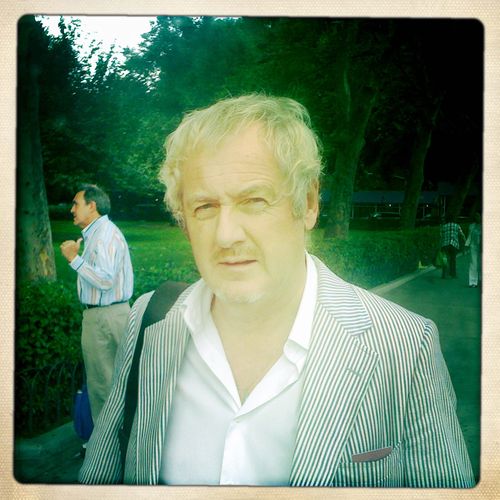 After Siriano's show I ran into my friend and favorite fashion alpha male, Godfrey Deeny of Fashion Wire Daily (looking a bit too serious here). Everyone knows that Godfrey is my favorite antihero, ever since he shouted down a bunch of politically sanctimonious bartenders at a 080 Barcelona party, decrying them as "the Guantanamo of bars!" The last time I saw Godfrey was at Fashion Rio in January where we lounged on the gay beach in Ipanema and sipped coconut water.

Since we both had vague plans to attend some shows at Milk Studios, Godfrey invited me over to his NY pied-a-terre for a glass of lemonade. 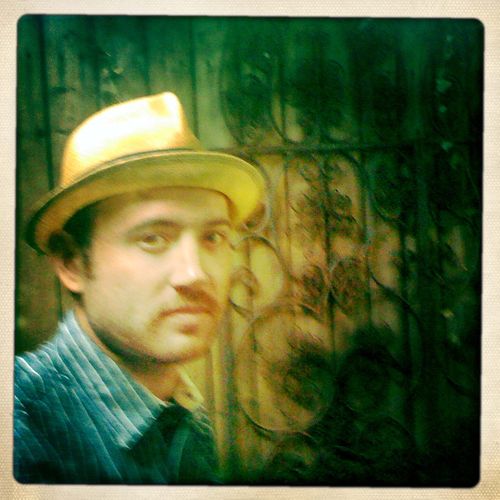 Refinery 29 photographer, Peter Miszuk appeared at Godfrey's doorstep after he stalked me on Twitter. After going over our checklist of international fashion weeks we planned on rendezvousing at this fall, we headed over to Milk for Jen Kao's runway show… 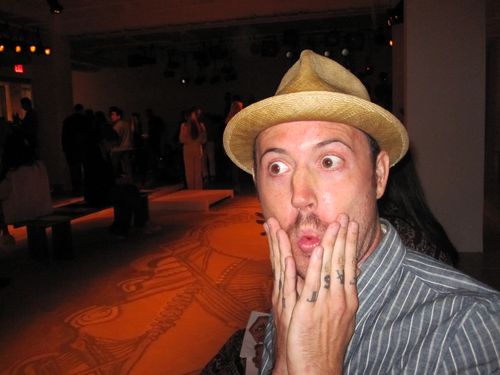 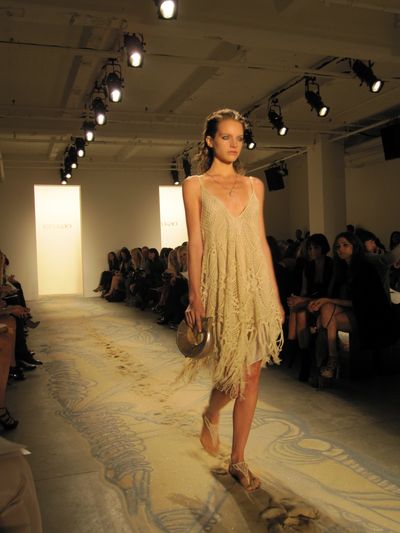 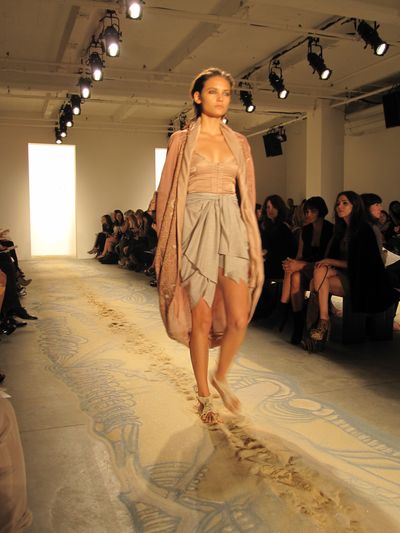 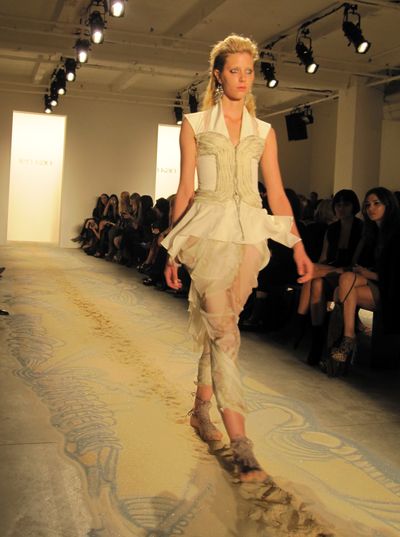 3 looks from Jen Kao. I loved the tracks the models' bare feet made in the sand–it was a nice touch that complemented the soft, natural palette of the clothes. 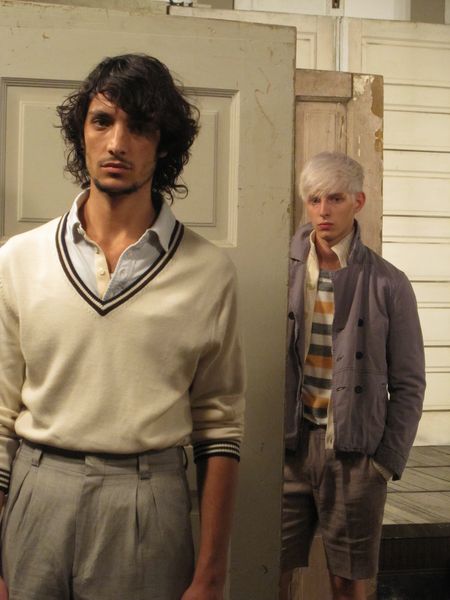 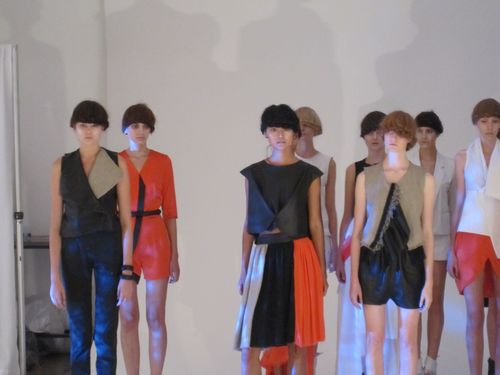 Mandy Coon was inspired by her childhood fascination with jellyfish. "These silent ghosts of the sea possess a unique duality, alluring us with their overwhelming beauty, while paralyzing us with fear." 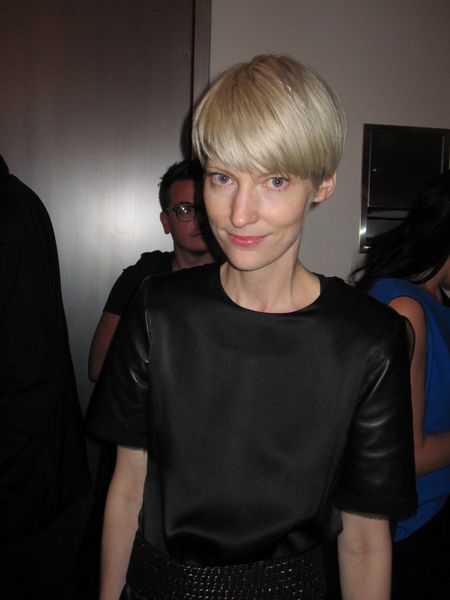 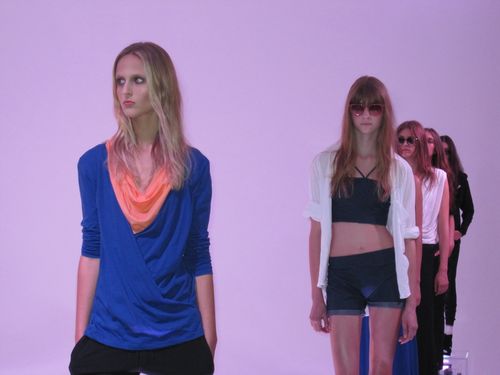 I can't remember the name of this designer but I really liked some of the colors and the hair. 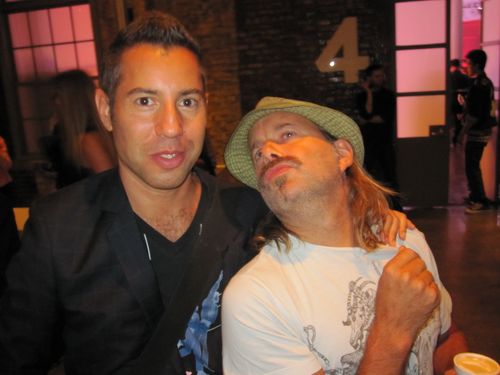 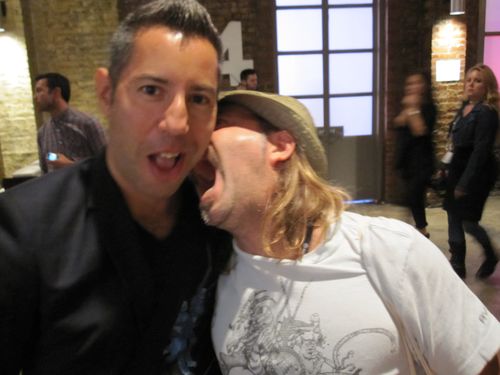