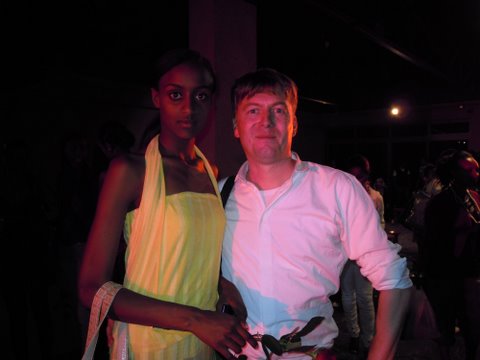 I had the pleasure to meet Markus Lupfer after the Renaissance show he helped put together with the Goethe Institut in Addis Ababa. Markus is German, but London-based, and he has enjoyed a successful career as a designer there. He was also design director at Armand Basi from 2006 until last year. I was not sure what to expect going to the Renaissance show, something long and traditional perhaps. Well, I was in for a surprise, as the show felt completely modern and had a strong message. Out of the four designers that were involved, each one tried to come up with his or her own signature, focusing on one design aspect and delivering what they did best. Dr. Elke Kaschl Mohni -the director of the Goethe Institut in Addis- gave me this great video about the event's making of.

How did you get involved with Ethiopian designers and this fashion show project?

Well, I thought it'd be really interesting to come here, meet some local designers and help them with the show. There were four guest designers doing it and it was a very interesting experience for me. I helped with the styling and the production, in order to make sure that the show would meet international standards.I also got to explore the city quite a bit, because the designers have their workshops located in different parts of Addis Ababa. That was fun, too.

In fact, this was my first fashion show in Ethiopia and I was not sure what to expect. I have to say I was impressed.

I really tried to help them push their own boundaries and challenge themselves for the show. I did not want them to renounce their Ethiopian roots and heritage, but, at the same time, I wanted the show to be sleek and not any different from the ones you see in Paris or London.The idea was for them to use their traditions, but presenting something that would appeal to a broader audience, and maybe a Western client. I also wanted them to focus on one idea and exploit it as much as they could, instead of going into too many directions. Whether it be crochet, fabric dyeing, ruffles or leather, they all had one technique to work with and develop. 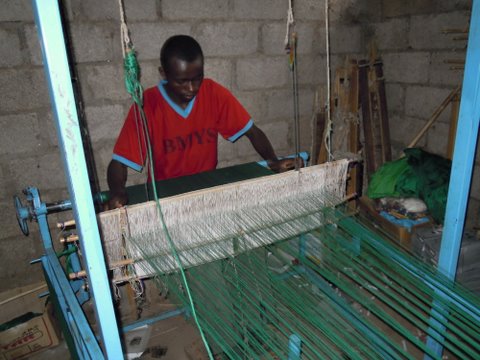 One of the many examples of local craft in Ethiopia: a weaver working on a scarf

Were you trying to get them to think more internationally then?

Yes, exactly. The challenge was to make clothes that would address a wider audience and I think some of them found that process quite enlightening. Fashion is an utterly global industry now and I was trying to make them understand that. I was also trying to teach the designers what colours to use to serve their designs the best way. I also spent quite a bit of time asking the girls not to pose on the runway and walk faster. I was like: "Faster, faster! And no hands, please!" (mutual laughter)

And did you see potential in the collections you worked on?

Yes, there is in the long run, but I think it's very important for the designers here to get their clients to trust that they will be able to produce everything properly. I think that's the biggest challenge for them and it is difficult sometimes to get clothes made and produced here if you want them to be on a certain level. Still, I'm convinced that, if they work on that aspect, they will be able to build up successful businesses. 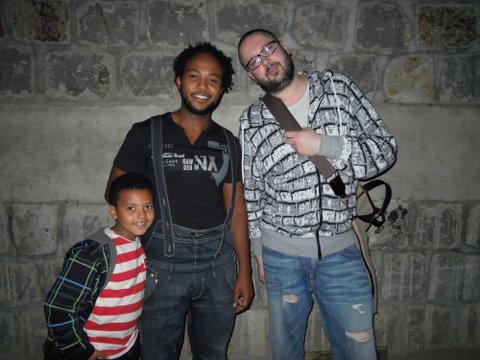 What are you working on at the moment? Your knitwear pieces have done very well lately.

Yes, we've had a great season and I'm doing a lot of jersey and knitwear pieces at the moment. My focus at the is very much on selling our collections and understanding our customers. I'm still based in London, but stopped doing shows. I am still involved in exhibitions and special projects, but I really wanted to concentrate on the product. I think that this strategy paid off. The last couple of years have been really good for us. 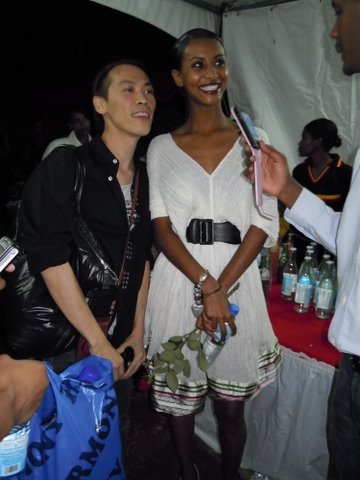 Jason with a lovely girl wearing a traditional-style pleated dress

And do you think you will have a show again eventually?

Yes, probably. I mean, I'll do it when the time is right and when I feel that the focus is strong enough to do one. It's very time-consuming putting on a show and you can't seem to be able to think about anything else when you do one. I really wanted to think about my client first and make sure the collections were selling.

Would you do something like this again? Did you enjoy it?

Definitely! I had a great time and loved every single minute of it.